Have any questions or tips and advice on how to build those bits that don't come ready made.
Post Reply
140 posts

Hey Steve,
Thanks for the link - that's wonderful! They've got the older King's Cross layout, including the whole freight yard, so that's mighty impressive. I'm aiming more for turn-of-the-millenia 2000-ish passenger-only for my first variant, but once that's done it wouldn't be a huge amount of work to then add/change bits to suit other era's too - I like the idea. Its early days still, but here's an image from my CAD work on it. I'll go start a separate thread this weekend with more images so as not to interfere with your updates here

I'd really like to do a good portion of the East Coast Main Line from KC to Edinburgh Waverley, and parts beyond, so I've been looking at freight yards too. It will take some considerable time, but I'd like to follow KC and EW with Doncaster, York and maybe also Derby as a branch over to the Midland Main Line, but I'm going to have to work out cut-down versions of the track layouts as prototypically they would be gargantu-normous!

For example, I recently just finished drawing up a full plan for Doncaster in SCARM - all of it! In 1:148 scale it ended up at 1,246 pieces of track (attached), measuring 28.4 meters long and 15.3m wide! Now I'm looking at where it can be cut back!

"The meek shall inherit the Earth. The rest of us are going to the Stars." -Robert Heinlein/Lazarus Long.
Top

Just started the thread about the King's Cross build. here.

Ross.
"The meek shall inherit the Earth. The rest of us are going to the Stars." -Robert Heinlein/Lazarus Long.
Top

Paul's King's Cross doesn't actually include the good yard; that was on the other side of Gas Works Tunnel and was massive. However, he does represent the transfer goods trains that ran via the widen lines to the Southern region. Copenhagen Fields, the 30 odd foot 2mm Finescale layout, represents a little of the goods yard, but wisely left most of it (and Top Shed) off scene. Have a look here for a feel of how big the goods yard would have been, the layout stops at York Road, about 90% of the yard was beyond that point. https://www.mendotraintony.com/copenhag ... l-railway/

I like your idea of being able to backdate your version of King's Cross but be aware that the track layout has change significantly since the 1960's (just in case you were considering going that far back!).

Back to the carriages. The Third, other than couplings, passengers and foot boards, is done.

I've started work on the 58'6" Buffet that will eventually run in the same set. 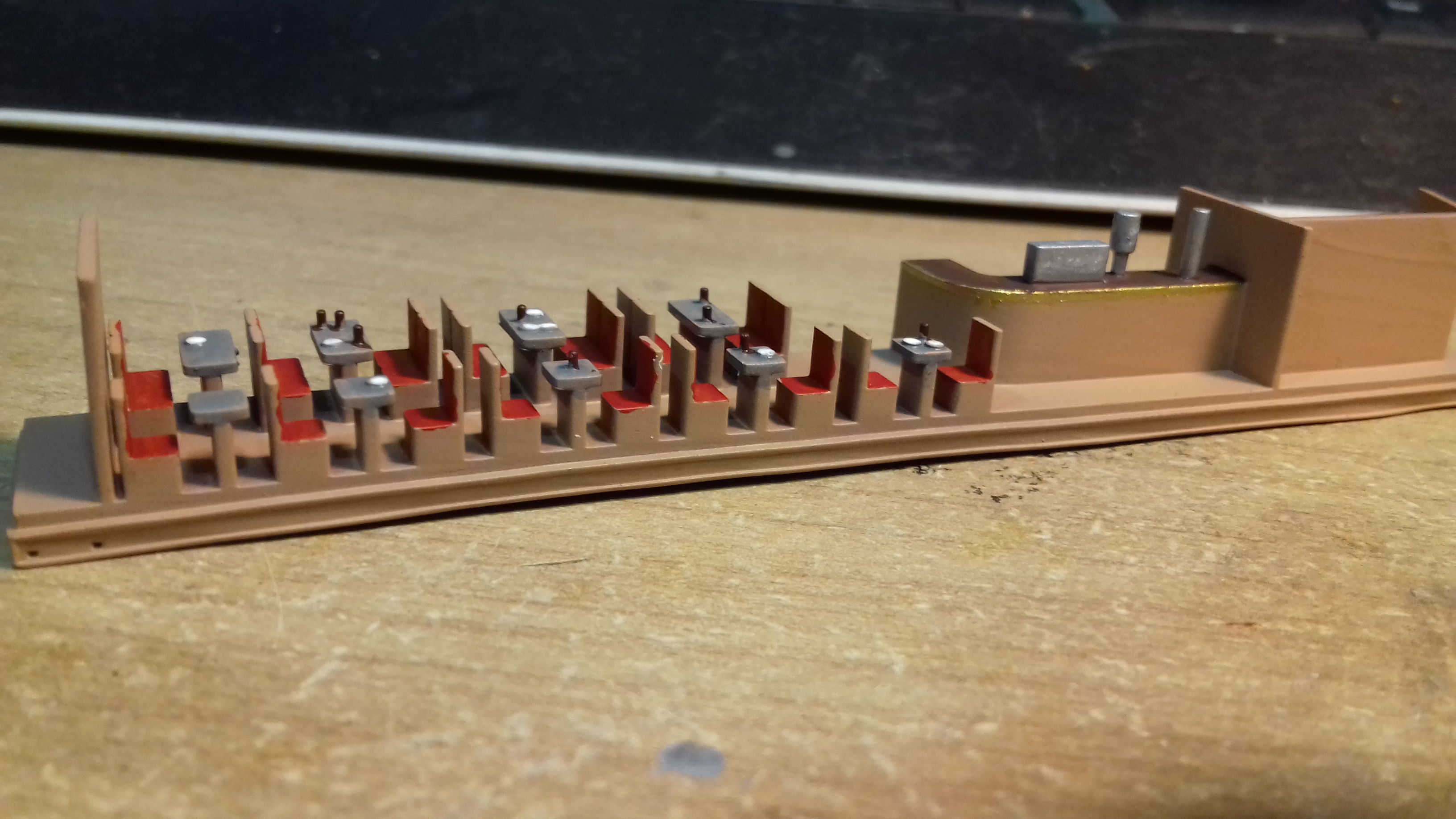 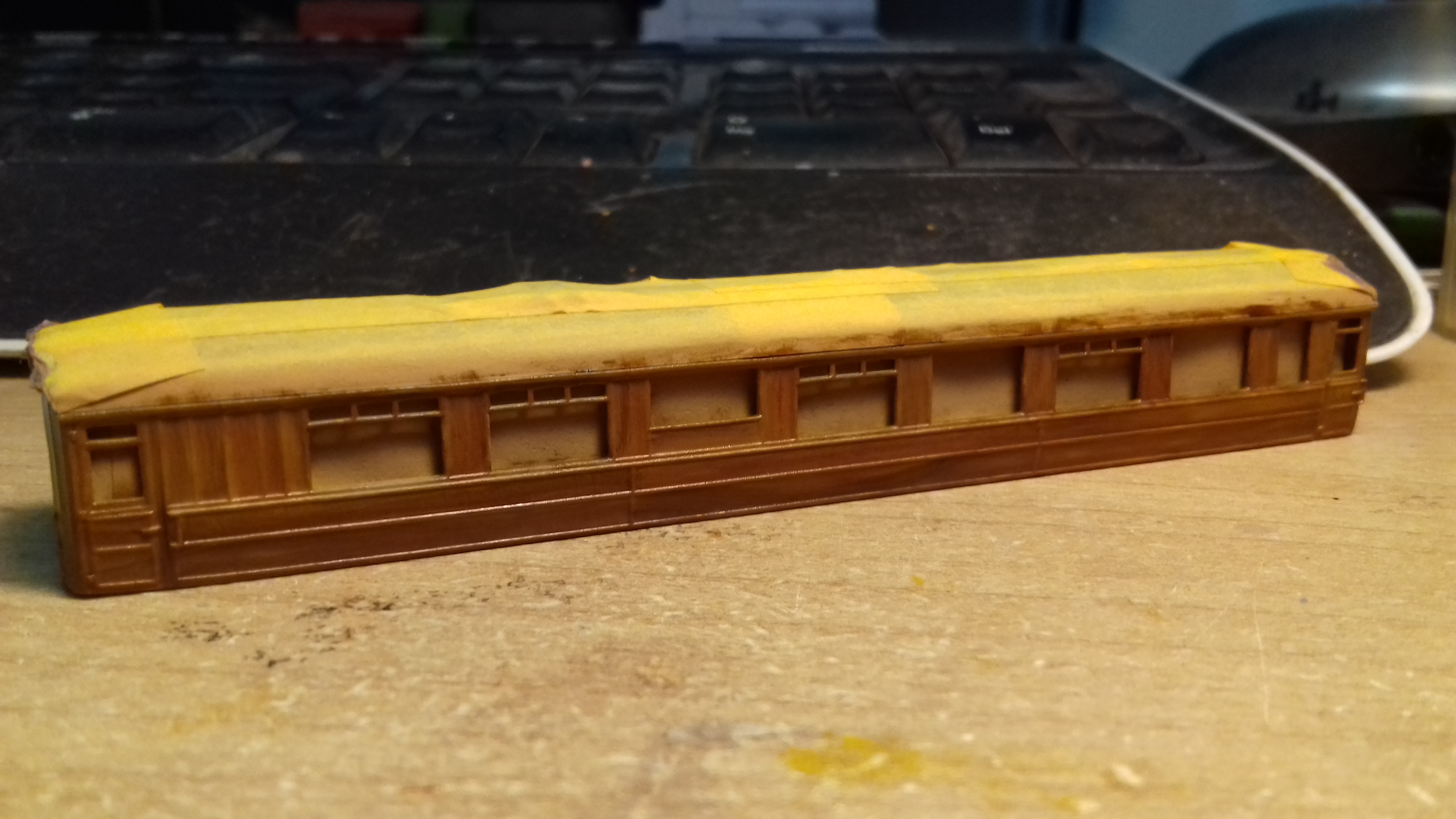 The bogies have been borrowed from a Dapol coach and will be replaced with etched ones in due course.

I've also made a start at designing the 58'6" Brake Thirds that will top and tail the rake.

Superb modelling Atso. As one with a perchant of interior detailing, those coach interiors are amazing! All that and in N too.

Stunning work. I particularly love the bottles and plates! I'll have to remember that whenever I go to detail my carriages.

Ross.
"The meek shall inherit the Earth. The rest of us are going to the Stars." -Robert Heinlein/Lazarus Long.
Top
Post Reply
140 posts