Flag up Exhibitions and Events in your area, or that others may not hear about.
Post Reply
11 posts • Page 1 of 1

The Bridport & District MRC is having it's annual January exhibition at Beaminster on Saturday 15th January.
I've not confirmed on here until very late in the day because of the constantly changing Covid situation.

We will not have any refreshments, or food available as these are more involved than the basic displays.

I shall be there running the Green Frog Brewery shunting layout as constructed in the Layouts thread.
We will have a club trade table and Rod will have the usual trade table running. I will add all the layout details
later because as yet I don't have the full detail myself.

I hope all goes well.
Modelling On A Budget ---》 https://www.newrailwaymodellers.co.uk/Forums/viewtopic.php?f=22&t=52212
Top

Hope the exhibition goes well, will you be doing a writeup for those that live to far away to attend?

Hi Journeyman,
I might just do that ?
Once I was too busy with everything that goes on with being on the committee. Now I'm free.
All I have to do is remember to charge the little camera's batteries.
Trouble is I know things that should have been done, but haven't. Now as just an ordinary
club members should I tell them to date and print a new risk assessment for the event ?
Why haven't we done any advertising, why don't I know exactly what will be there ?
NO, NO, NO. No longer my job, I shall just play trains.

Been there being a Committee Member. It's when they ask you to come back the 'Shall I or not' begins.

Right what we will have there :-

No in hall refreshments this year. Can't get the staff !! too many involved with layouts, or shielding.
I intend to enjoy myself this year.

Dad-1 wrote:...Now as just an ordinary club member should I tell them to date and print a new risk assessment for the event ?...

Ordinary club member, this is proof you were aware of this requirement. 'Prod' the responsible party to perform and document on the Friday evening (?) set up: that way nothing will go awry on the Saturday when the public are in.

And have a good time.
Top

Well we had a great day, not crowded, but a busy feel and enough coming to more than cover hall costs
at an adult entry of £3, children free.
That request for some pictures, well I scuttled around as things were still being set-up. John, perhaps
our oldest active member was struggling to get his 009 layout working. he should be dead having had a
rupturing Aorta a couple of years back and had a following stroke. We let him come because he wanted
to - enjoy what you can while you can !!!!! 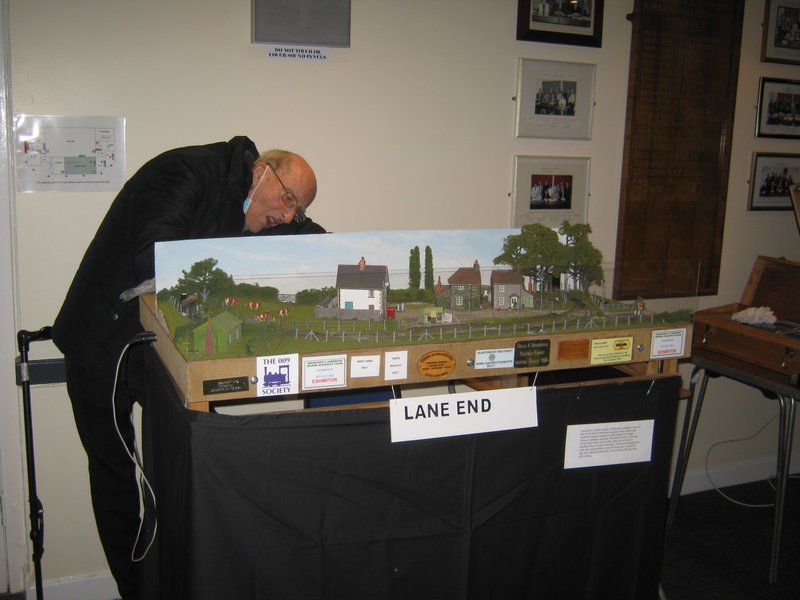 Green Frog Brewery 'OO' as in the build threads. For visitors to drive (Children) mostly built by and supervised by myself 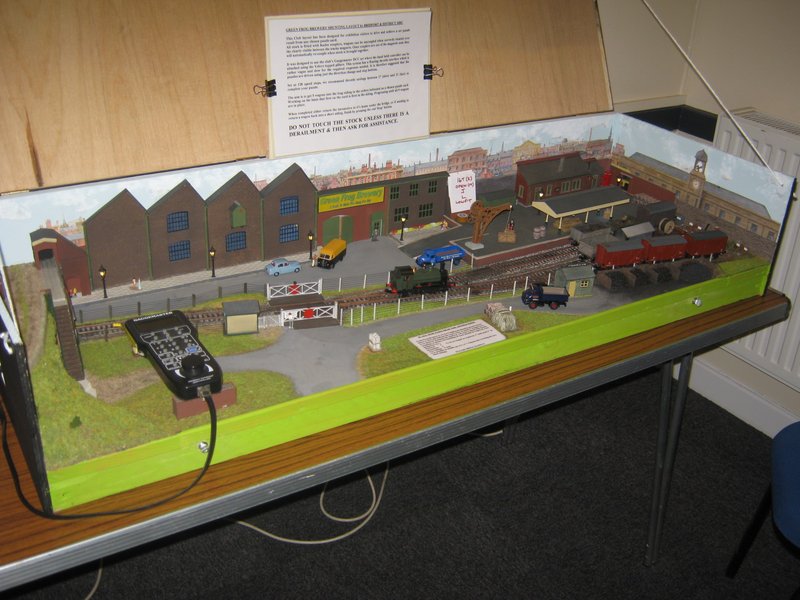 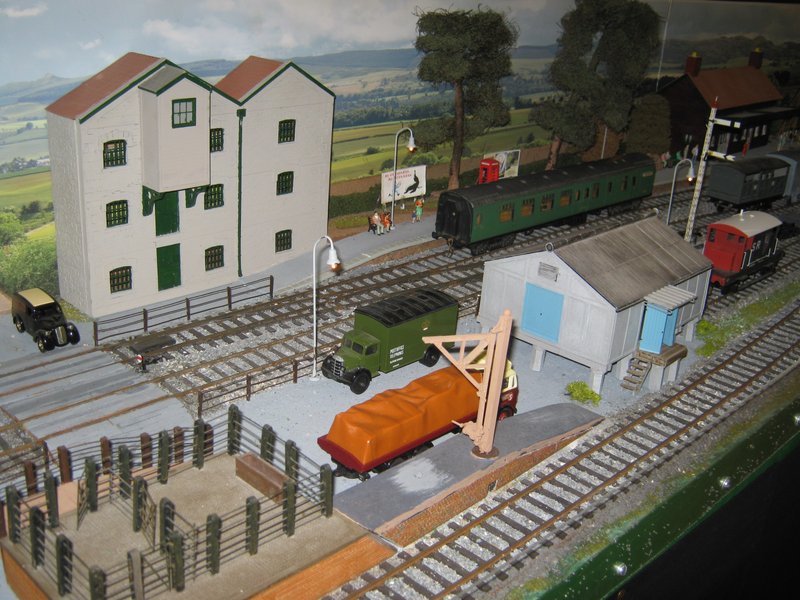 Shillingsford 'OO' sound, the station end where the run-around, Kadee operated, is the focus - Ron's handiwork 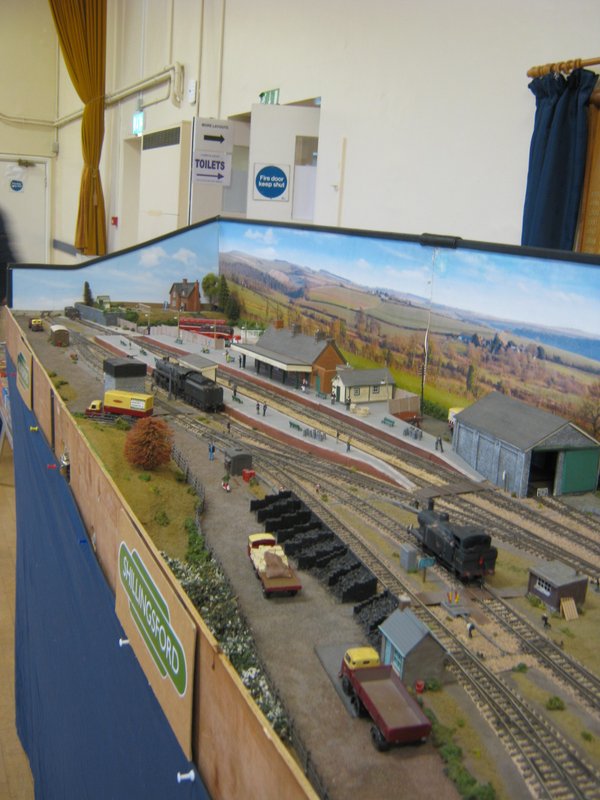 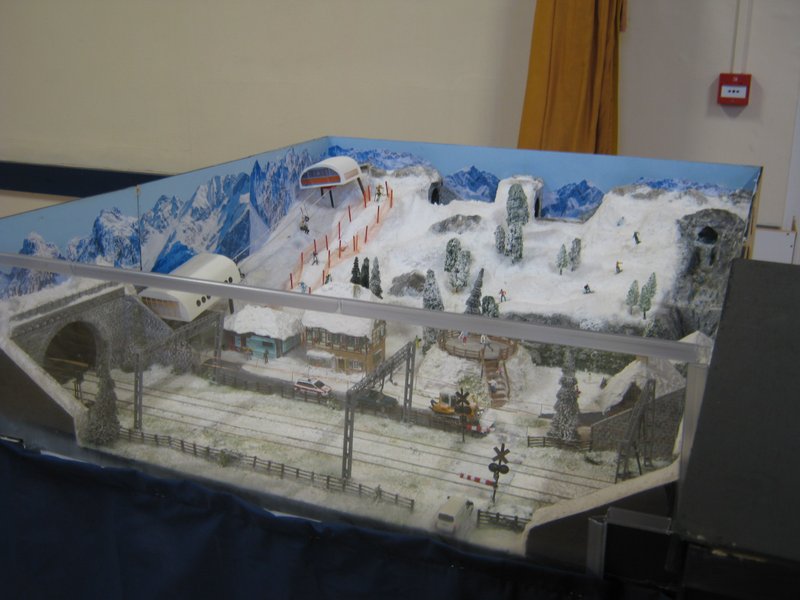 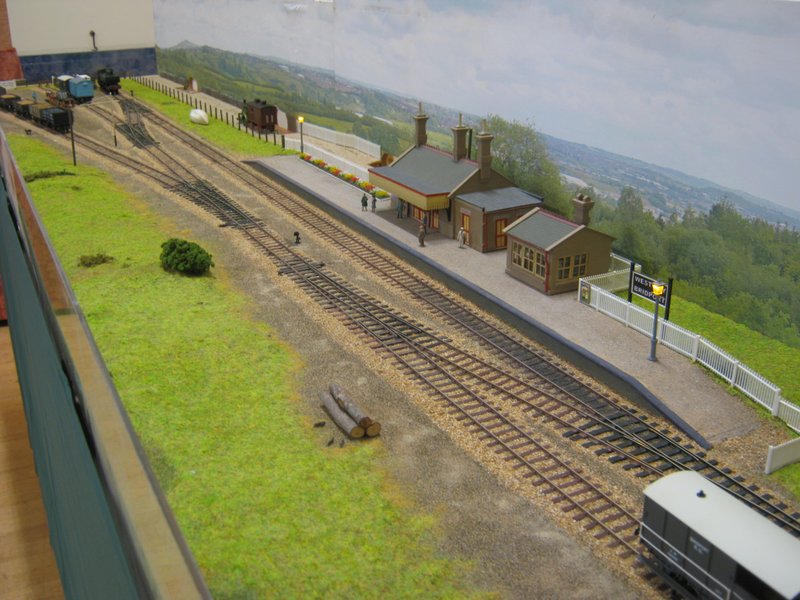 Limington End 'OO' With small sound locos, even a DS48 with sound van. One of our friends from Yeovil 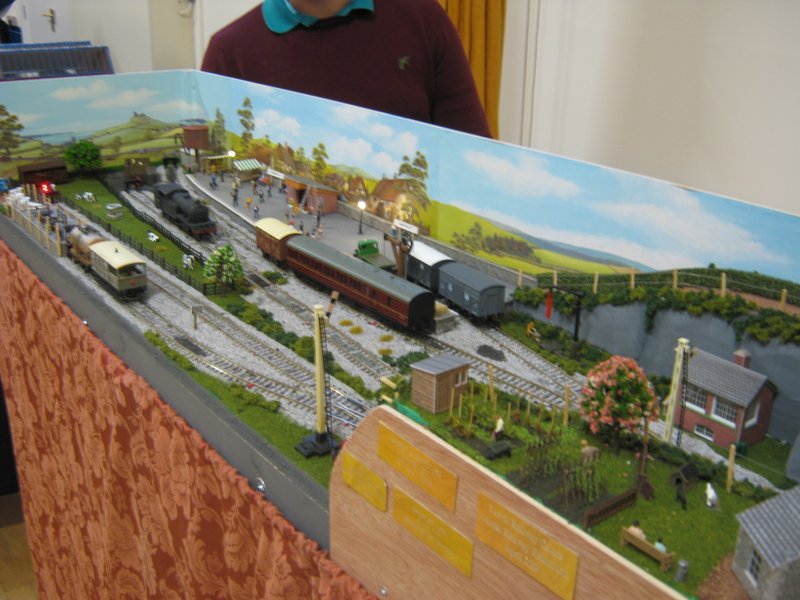 I think that's enough for you to get the feel, better times are coming.

You lucky people! Pleased that it was a success Geoff.

Good work. Small is beautiful would be the appropriate phrase to cover this; where the larger events are hampered, you can overcoem the obstacles.
Top

There were a couple of videos done and I've linked into their Youtube address'.

Return to “Exhibitions and Events”