Don't forget that if you do them all in metal you won't be able to do two rail running if you ever decide to..
Colin James....
Top

Renovater wrote:Don't forget that if you do them all in metal you won't be able to do two rail running if you ever decide to..

Don't forget I hate wires and wiring so the Rowan, the still half built Couillet and the Billard T-50 are already fit with RC so will run even without rails and ...

...This is something I must inmediatelly talk with Magoo and the Muses...!!!:

A diorama with a flooded village with just enough REAL water to cover the sleepers but not the rails... and the loco moving and generating tiny waves in the water... with properly light would be a sea of inspiration for a kind of bridge between my fascination with water reflections and railway modeling...

I have seen plenty of images of such situations in villages but also in big cities in France among Delcampe's old postcards...

And if real water bothers to much my lone brain cell I will manage to do it static...BUT IS GOING TO HAPPEN!!!

Well now Daniel and Magoo are temporarilly not able to sign here because they are walking as idiots from one wallk to the other but I will take care that this time they do clean their footsteps from te ceiling. I fear what this is go9ing to cost me...?

...But radio control on two rail is cheating...do you realise with my overhead loco i can have three phase, 12 volts AC three phase, complete with sparks, so there...!
Colin James....
Top

Of course I do!

Daniel wrote:Of course I do!

Funny you should say that, i came upon a really good/unusual looking compressed loco just the other day.....

Here it is, you can just see the driver to the left...Hallesche Maschinen Fabrik DE.. 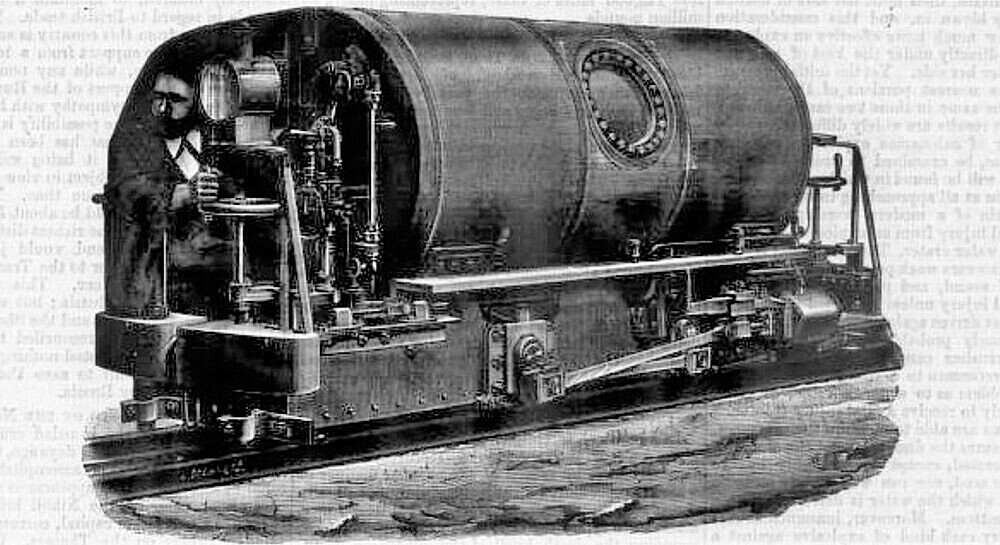 Tha's a nice one!