Discuss real world railway operations in this forum. Find out how to make your model railway as accurate as possible.
Post Reply
31 posts

I don't as a rule "do forums" much anymore but I felt I needed to respond here to clarify a few things.

Yes - someone has to!

and I am enjoying what will be a good end to the year with this subject. The book is nearly done, I am doing two talks (one in London, one in York) for a range of people and I thoroughly enjoyed doing this podcast. It's a subject that isn't for everyone, I engage on it because I enjoy researching it.

ET was an engineer to whom neither of the opposed labels apply, and there is a very good book by Peter Grafton - who had direct access to many of ET's colleagues - which presents a well balanced account of the work he accomplished.

I absolutely agree: it's a great book, but Grafton did not have access to all of the information I now have to hand, thanks to the National Archives at Kew making some more documents available last year. It has been a real eye opener over the last year and in the podcast I cover at length the additional documents uncovered.

Of course not, too much to do, too little time; and having read Grafton and others such as Townend, Harvey and Hardy - and spoken to some of these - who were there, and know what they are writing and talking about, I have the information.

Disappointing! Mainly because I think you would find the availability stats in particular very interesting. These were not available until recently and I have spent the last year putting them into a spreadsheet (which I will make available to anyone who wants it when I am finished with it).

Sadly, the picture Rogers' paints is pretty much correct as regards loco design.

The Rogers book is the greatest work of fiction since the bible, and the utter nonsense contained within that tome has put back the conversation on Edward Thompson - and in fact the many successes Gresley, Thompson and Peppercorn shared as a team - by many years sadly.

Thompson's undoubted strength was administration; he was a class act in this field and had he focussed all his effort there then he would be seen very differently. But he wanted to be a designing CME, which was not his strength. He's right up there with Scott of the Antarctic, boldly going where he had insufficient ability...

I would humbly suggest that you need to have a rethink about what Thompson's remit was as CME, together with the clear limitations of his office as a result of wartime austerity. The documents I have uncovered go into some detail about just how much of a precipice the LNER was on with regards locomotive availability and the task - which has been underplayed by many LNER writers - becomes extraordinary when you look at what Gresley in his final years and then Thompson and Peppercorn did over Thompson's reign as CME.

Much of what is written about this trio does them a disservice in the context of Thompson's work, quite frankly.

I'd be happy to speak to you about separately if you are willing to engage. Other than that - please feel free to listen to the podcast, or come to one of the talks. The subject has evolved and we are now talking facts, figures and evidence, rather than hearsay and speculation.
Top

In 2017, 60163 Tornado made history by being the first steam locomotive to officially hit 100mph in the UK since 1967. Huw Parker of the A1 Steam Locomotive Trust tells how this came about, what it was like on the night, and what's been going on since the speed run.

Re: RAILWAY MANIA Ep.7 - 'Best Job in the World? (with Will Stratford)'

Best Job in the World? (with Will Stratford)

Steam railways are often run by armies of volunteers, but some people can be paid for it! Today we're talking to Will Stratford, who has been working on the Ffestiniog and Welsh Highland Railways (often branded as 'best railway in the world') on his day-to-day experiences.

Re: RAILWAY MANIA Ep.8 - 'Making a Scene (with Gordon Gravett)'

That's right everyone, it's time for another episode of RAILWAY MANIA.

Making a Scene (with Gordon Gravett)

Episode 8's special guest is expert modeller Gordon Gravett, who joins us in this episode of Railway Mania as we discuss scenery on model railways, how to construct a scene, good methods and tips, what to do when a project goes wrong, among many other topics...

Season 2 of Channel 5's Great Model Railway Challenge has drawn to a close. The show has been divisive amongst enthusiasts, with some lauding the appeal to the general public while others criticise the format, but what is it like to be part of such a programme and what do the contestants think of it? I sat down with Callum Willcox and Adam Ashford of The Railway Video Division, runners-up in Season 1, to find out.

Re: RAILWAY MANIA Ep.10 - 'Bend It Like Beyer Garratt'

Garratts were one of the most successful articulated locomotive types worldwide. In this episode, we briefly cover the history of Herbert W. Garratt's brainchild, followed by a chat with Huw Jones of the Welsh Highland Railway, who works full time keeping the NGG16s in traffic. Huw tells us about the idiosyncrasies of the Garratt design, and what makes them different to a regular loco.

Re: RAILWAY MANIA Ep.11 - 'Steam Locos in Profile in Profile'

In Episode 11 we sit down with Chris Eden-Green, creator and presenter of long-running series Steam Locos In Profile, and chat about how Chris came up with the show, the production process, views on preservation and volunteering, as well as producing online railway video in general.

Many thanks to Chris for being on RAILWAY MANIA!

Please note: this podcast is audio-only. Visit Chris’s YouTube Channel to see Steam Locos in Profile and many more videos.

WITH DAN THOMAS AND PAT JAMES

009, which features 1:76 scale models on 9mm gauge track, has undergone something of a boom in recent years. I sit down with 009 fans Daniel Thomas and Pat James to talk about their personal experiences, and how the fact 009 was not served in ready-to-run form until recently pushed them to build their own stock.

Thanks to Pat and Daniel for coming on the show!

A tribute to Pat James: https://www.railwaymania.net/pat-james-a-tribute

Pat James was one of the most interesting and talented people I’ve ever met.

Pat and I interacted online for several years before we met in early 2019, but he was one of those people who you instantly felt like you’d known for years. We’d talk about trains for hours on end and he was kind enough to be the first guest on the Railway Mania Podcast, as well as contributing the artwork for this and the 3rd episode. Sadly, Pat passed away in March 2020, well before his time.

The modelling world lost one of their brightest and most promising people, a loving husband and father, and a good friend. I wanted to keep a record of his work for all to enjoy. I will miss him greatly.

Children are the future of modelling, and we as a community need to nurture their interest. How to help them move up a gear and go from playing trains to building their own models? Maggie Gravett has been running children's modelling sessions for 21 years and joins us to explain how it's done and why it's so important. Thanks so much to Maggie for taking the time to come on the show!

This is one of my favourite episodes so far and it was great to talk to Maggie.

Re: RAILWAY MANIA Ep.14 - '(You) Tube Trains (with Callum Willcox and Adam Ashford)'

with Callum Willcox and Adam Ashford

Callum Willcox (SDJR7F88) and Adam Ashford (82A Studios) return as guests on the podcast! This time we are talking about railway channels on YouTube, Callum and Adam have both been in the game for many years and share their insights on how it came to be, and what the future holds.

Good morning! After taking a little break in July, here is a new episode! 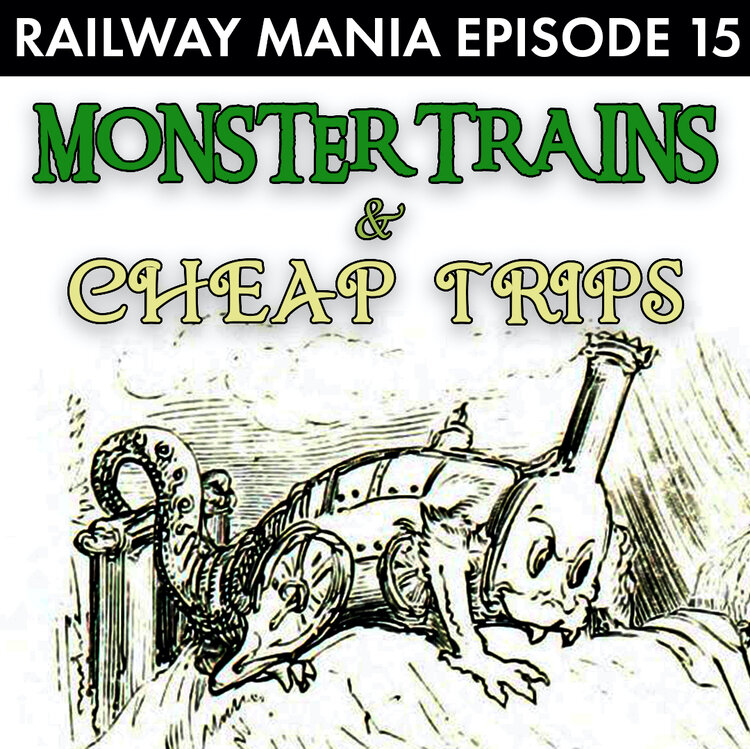 Thomas Cook ceased trading in 2019, 178 years after Mr. Cook organised his first excursion train. This podcast episode looks into the early years of excursion travel and the explosion in popularity of ‘cheap trips’ opening up a world of experiences for the working classes throughout the mid 19th Century. Who were these people, how did it come about, what was the experience like?
Top

Rather timely, as the global mass travel industry has been torpedoed by Covid, and is floundering. Who'd* a thunk that inventing railways would lead to millions of UK citizens annually getting drunk in the Mediterranean region?

*The Duke of Wellington, that's who. He knew what the British were like abroad, and wasn't afraid to say so, from decades of direct observation of package tours in exchange for military service.
Top

Haha well not much has changed in that regard then!
Top

Re: Railway Mania Podcast Ep.16 - The Exhibitionists (with World of Railways)

The ongoing global pandemic has seen the cancellation of nearly all model exhibitions across the country. To keep the spirit of the event season going, several 'virtual exhibitions' have been organised.

This episode, I sit down with Andy York, Phil Parker, Debbie Wood and Howard Smith from the World of Railways team to talk about their upcoming second virtual exhibition, plus the highs and lows of real-life exhibiting.

HUGE thanks to the team for coming on the podcast, be sure to tune into the show on 7th and 8th November 2020 at:

Not one, but three new episodes!

Historian and author Anthony Dawson joins us to we talk about the circumstances surrounding early railways, particularly the Liverpool and Manchester, and the role that nonconformist religion (e.g. Quakers and Unitarians) had in this new technology.
Watch/listen here:
https://youtu.be/9VeRcXnPGCc 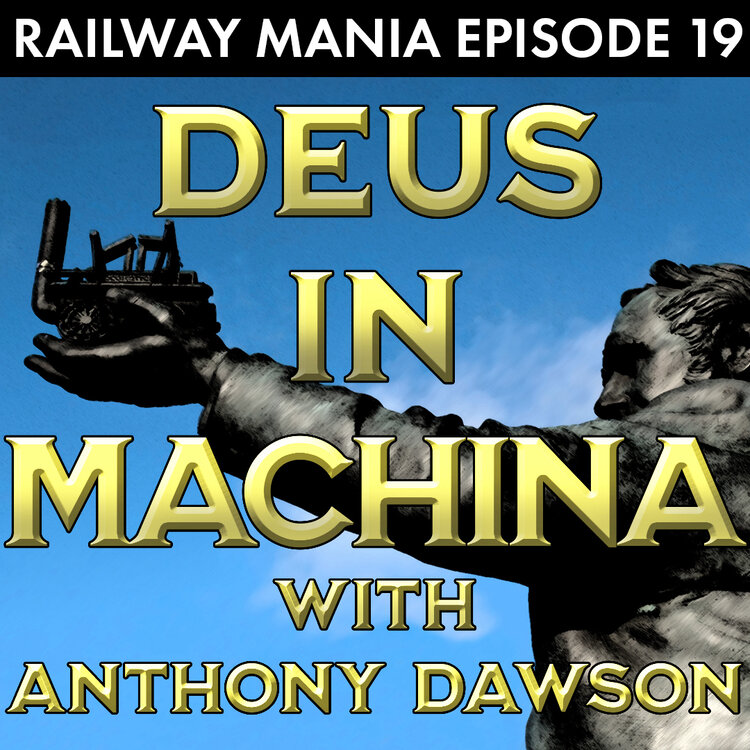 INTO THE GREAT OUTDOORS

Spring is here and it's time to get some fresh air. Joining me on this podcast episode is Garden Rail's very own Phil Parker. We're going to go into the ways you can get started with playing trains in the garden, from flat pack kits to live steam Garratts and everything else in between. 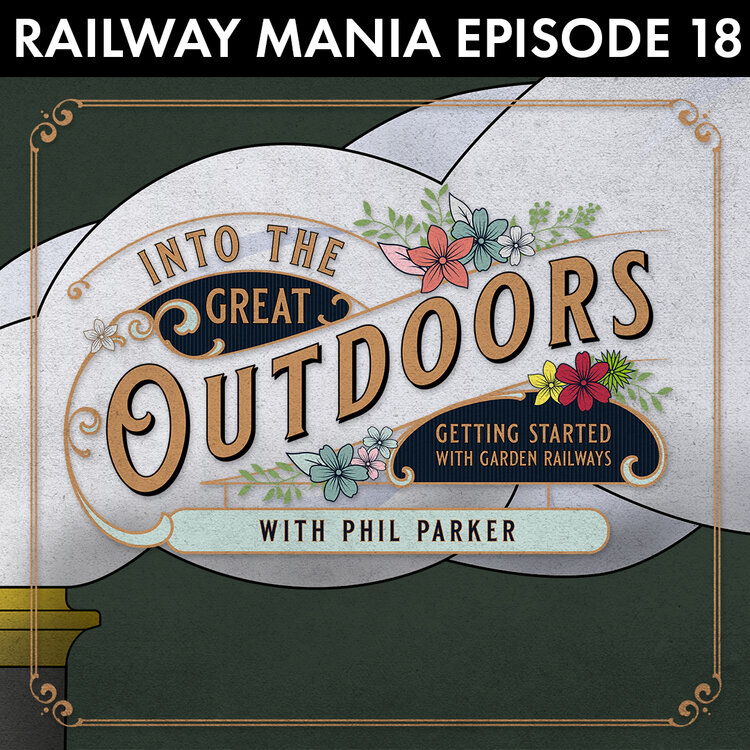 At the height of World War Two, the Southern Railway introduced its first pacific tender locos, the Merchant Navy Class.
Bulleid was always seeking to push the envelope with locomotive development, and the 3-cylinder Merchant Navy was packed full of features and innovations to enable more power, different maintenance regimes, and to lessen the effect the locos had on the permanent way.
The locomotives were extremely powerful and capable of incredible performances, but drew criticism for several issues, notably fires which broke out within the air-smoothed casing around the boiler, a tendency for high coal and water consumption, and the restricted visibility from the casing.
Between 1956 and 1960, British Railways extensively rebuilt all 30 members of the class, removing the distinctive casing, and replacing the Bulleid chain-driven valve gear with three sets of independent Walschaerts.
11 rebuilt Merchant Navies still exist today. 35011 ‘General Steam Navigation’ is one of the preserved members, but the owning group has a rather different plan to the other members of the class. ‘Number 11’ is going to have the rebuilding reversed, and be returned to its as-built condition. 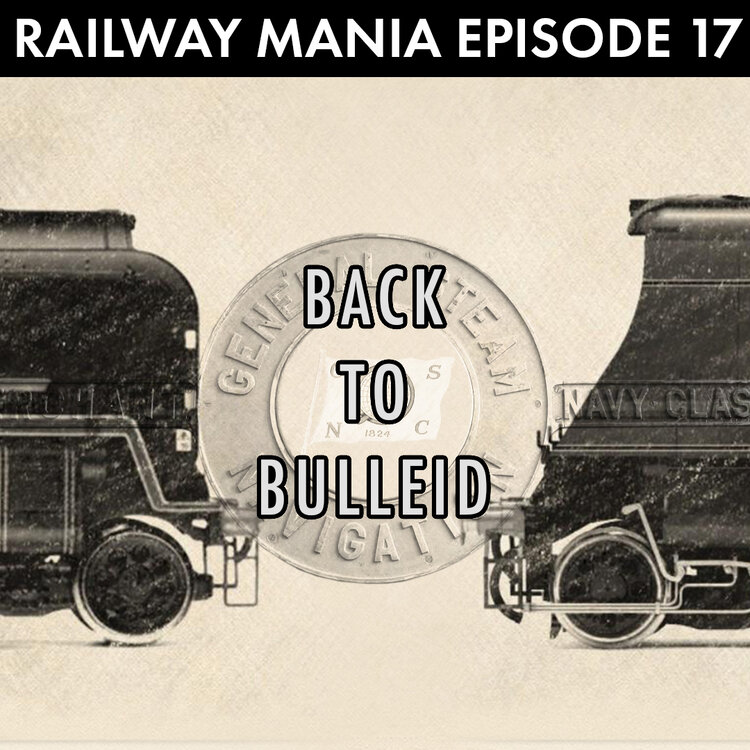