I was perusing Ehattons as usual, just browsing, and I found this:

Looks like our lovely friends over at Bachmann are releasing an LBSCR 4-4-2 H2 locomotive. Shame that Hattons have only got the preorder in SR green or BR black, I'd like an umber one... Never mind. Still a very attractive locomotive. Makes you wonder if they're doing what Billington did circa 1911, basing it on the GNR Atlantic. It would make sense, after all, the two share very similar boilers- IIRC the only difference was the wheel diameter.

That could possibly be why DJH have got their Atlantic kits on sale at the moment- £116 for the metal parts alone, for the H1.

Anyway, I hope you're all as excited as I am!

Edit: Alex, everyone else knew for a couple of years prior... Muppet.
Last edited by kiwitram on Thu Oct 04, 2018 9:47 pm, edited 1 time in total.
Alexandra's Workbench

The good news would be that since the mechanism is likely to be exactly the same layout as developed for the NRM Ivatt Atlantic production - no need to reinvent that wheel since they will have it in CAD - it should run and pull extremely well. Really very good for an Atlantic type, which are not easy to make balanced in model form, and with the added difficulty of so many wheels to cram in. (All other UK atlantic designs are therefore capable of being produced as good running models, as the GNR layout is the most challenging by some distance.)

kiwitram wrote:...Makes you wonder if they're doing what Billington did circa 1911, basing it on the GNR Atlantic. It would make sense, after all, the two share very similar boilers- IIRC the only difference was the wheel diameter...

It will be an all new tooling whatever, as that's the way the production units work now: completely dedicated tooling sets for any given model, other than stock mechanism components like motors, axles, gears. There's so many detail differences, but about the only one that is unlikely to be different on the model is the driven wheel diameter; nominally quoted as a half inch smaller on the LBSC Atlantic.

To make the Ivatt Atlantic model work, Bachmann made the driving wheels in their maximum wear condition, so that they will fit at correct wheelbase. On the real locos, the flanges of the coupled wheels in new condition clear each other by 'not very much at all'; the overscale flanges of OO wheels would be overlapping if the nominal tyre diameter was used. This compromise is very successful, as the loco's proportions then do not have to be disturbed by an overscale driven wheelbase; and the OO flanges clear each other by 'not very much at all'. It's a very pleasing model indeed, and I should hope the LBSC one will be equally satisfying.
Top

So, any love for the old LBSCR here, now this model is available?

The first releases look lovely, and they should pull as well as their GNR cousin which is very impressive for an atlantic, a real favorite for 'specials' on my set up.
Top

The biggest problem with modelling the LB&SCR is carriages, in my opinion. If you are happy making etched brass kits, then there are some available. However, if you haven't got the necessary skills, you are a bit limited. I don't see the Brighton Atlantics pulling 4 wheeled coaches, as in adapted Smallbrook Studio Stroudley 4 wheeled coaches, or from the Bachmann USA Thomas the Tank Engine range. I think the old dodge of making certain Ratio Midland Suburban coaches up to look as if the are LB&SCR Arc-Roofed stock will only get you so far. Oh, and it might be worth checking the current availability of LB&SCR transfers.

Other than that, I think that the LB&SCR liveries were very attractive. Wasn't the Pullman livery based upon the later LB&SCR coach livery, the one that would be appropriate for trains pulled by the Atlantics?
Top

I love the LBSCR, and even though i changed down to N I still have an E2, Stepney from the TTTE range and terrier No.79 'Minories'. The lack of RTR LBSCR stock is more apparent in N, I have a SE&CR terrier on preorder (I want the lbsc and lswr ones too) but aside from that I don't think there is anything else. There is an E2 kit available from Langley(?) Still I think and if you've deep pockets and have the skills and tools there are probably 3D printed things on shapeways.

I think I prefer the brighter livery (see Dapol's Thames) to the duller Hornby one, Marsh umber is very nice too though.

Richard Lee wrote:The biggest problem with modelling the LB&SCR is carriages, in my opinion... the Pullman livery based upon the later LB&SCR coach livery, the one that would be appropriate for trains pulled by the Atlantics?

That's the 'out' I have employed for a train authentic for my LNER liveried C1 atlantic. On both the LNER and LBSCR these closely related designs hauled Pullman car trains. For the LNER in the late twenties and early thirties, the 1928 all steel Queen of Scots K cars are perfect. For the LBSCR route on into Southern railway operation, something from Hornby's generous provision of Pullman cars might suit? (It's a real irony that these among the rarest of UK coaches actually have the best coverage of any general coach type in model form (6 wheel bogie; K types in matchboard, all steel, aluminium over plated forms, Electric Belle, mk1 Met-Camm, Midland Pullman, seven different types).

It's going to be a long wait for RTR pre-group coaches in any quantity and variety, so kit or scratch building are likely to get anyone wanting them to their goal rather faster
Top

GNR C1 Atlantic - also being brought back by Bachmann..
Pete

Considering how many locos have been released in LBSC livery in the last 35 odd years it's surprising that no coaches have ever been produced.
Top

D605Eagle wrote:Considering how many locos have been released in LBSC livery in the last 35 odd years it's surprising that no coaches have ever been produced.

I agree that it is odd that no RTR LBSCR coaches have ever been avaliable. I have often toyed with the idea of building a LBSC layout, but have always been put off by the thought of having to build coaches from kits. There are kits out there, but having no experience of rolling stock kit building I find the idea of building one of these rather daunting to say the least - and as for the lining, well! I wouldn't want to spend a lot of money on a kit that I wasn't 100% sure that I could do a good job on.
Top

This comes down to pre-group modelling being a minority interest, and worse yet with about 30 significant companies all with their own styles of construction and livery and many of these with something of a tendency to build coach variants in penny packet numbers, no cheap and easy route to provide suitable coaches. The most likely picks are those vehicles which remained in operation well into the BR period. That way a manufacturer has a vehicle with at least three livery options, including the BR period where most steam era modelling interest now centres.

A couple of manufacturers and commissioners have recently produced a few RTR pre-group coach models which I would take to be a probe of the potential. However it will never be anything but a very restricted choice: consider that grouping period coaches are available in limited selection only, and yet these were the majority of BR's coaching stock for most of its first ten years; and even the highly standardised GWR doesn't have pre-group coach provision. I expect the 'wishlist' poll will once again see the Swindonistas voting for the long lived toplight stock.
Top

I have purchased the BR black version "Beachy Head" and can confirm that it is a magnificent hauler. I had it running round the garden with 10 Bachmann Mk1s the other day. In it's latter days the real "Beachy Head" could be seen running with Mk1 coaches so i'm happy with the fact that I can run the model with them without having to delve further back in time with coaching stock. Converting it to DCC was a doddle as it has a 21- pin interface in the tender.
Last edited by Metadyneman on Sat Oct 27, 2018 11:20 am, edited 1 time in total.
A voice from the distance said unto me "Smile, things could be worse" so I smiled and lo, things did get worse!
Top

I can vouch for the model's magnificence, but I have not, as yet, tested its hauling power.

For anyone panicking about finding a 12-pin decoder, Metadyneman has typed it dyslexically, and it is, in fact, a 21-pin interface (no criticism intended here). 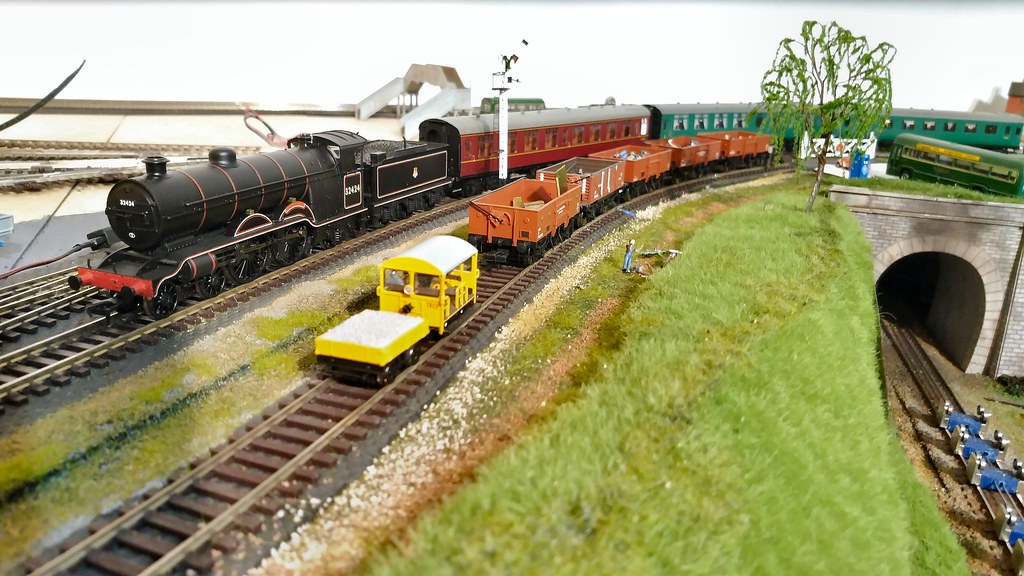 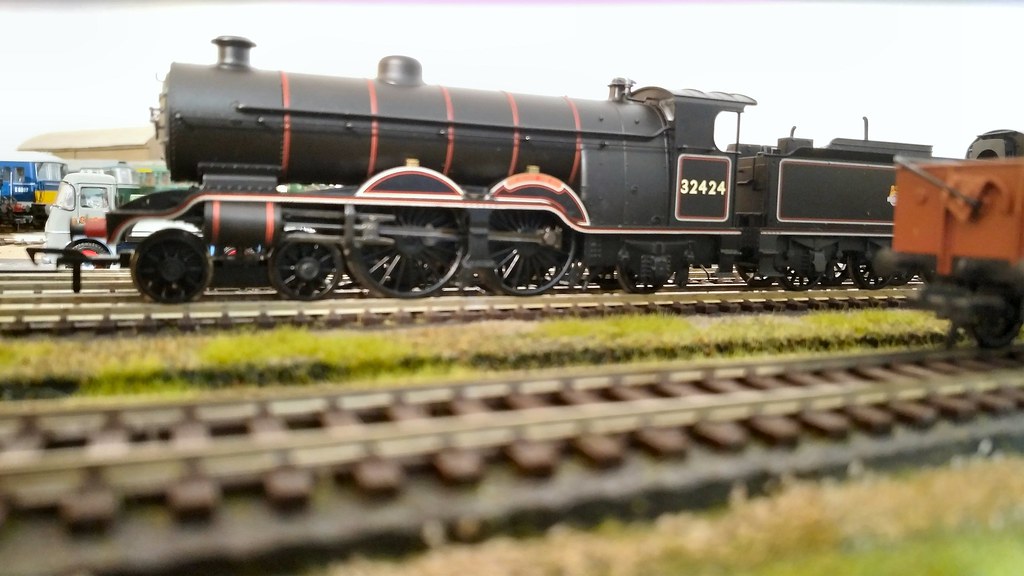 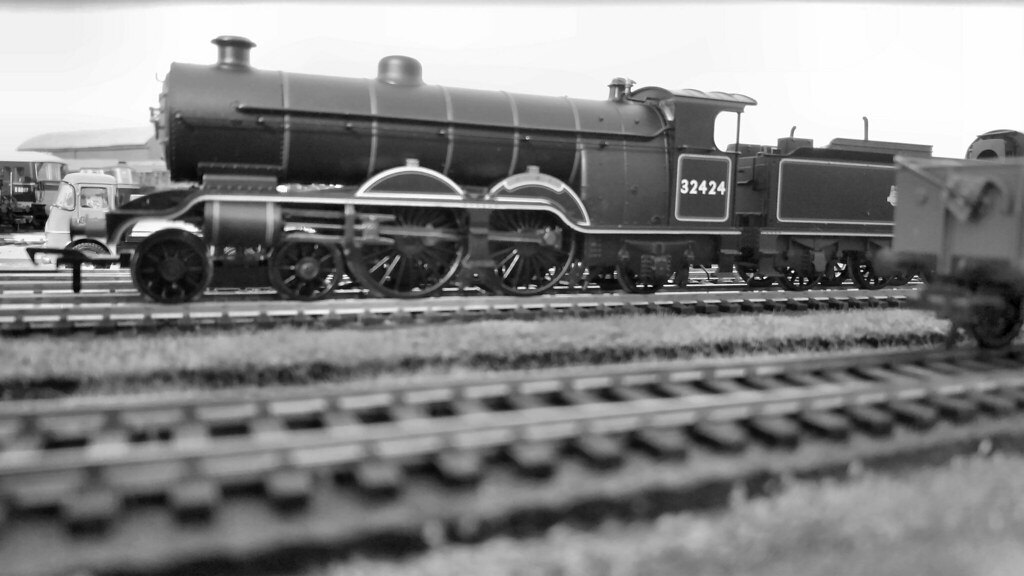 SRman wrote:For anyone panicking about finding a 12-pin decoder, Metadyneman has typed it dyslexically, and it is, in fact, a 21-pin interface (no criticism intended here).

Oops... now corrected!
A voice from the distance said unto me "Smile, things could be worse" so I smiled and lo, things did get worse!
Top

And I see that the earlier H1 atlantic is now on sale in the very pretty LBCCR umber with pre WWI extravagant lining. Really is quite a sight.

Will we ever see other varieties of RTR atlantics as OO models I wonder? The GCR, GWR, L&Y, NBR and NER all had their own designs and each much admired in their day. (Which was relatively short as the 4-6-0 and pacifics quickly superseded them from first line service as trainloads grew heavier.)
Top
Post Reply
18 posts