A little bit of weathering, and testing of lights both outside and inside: 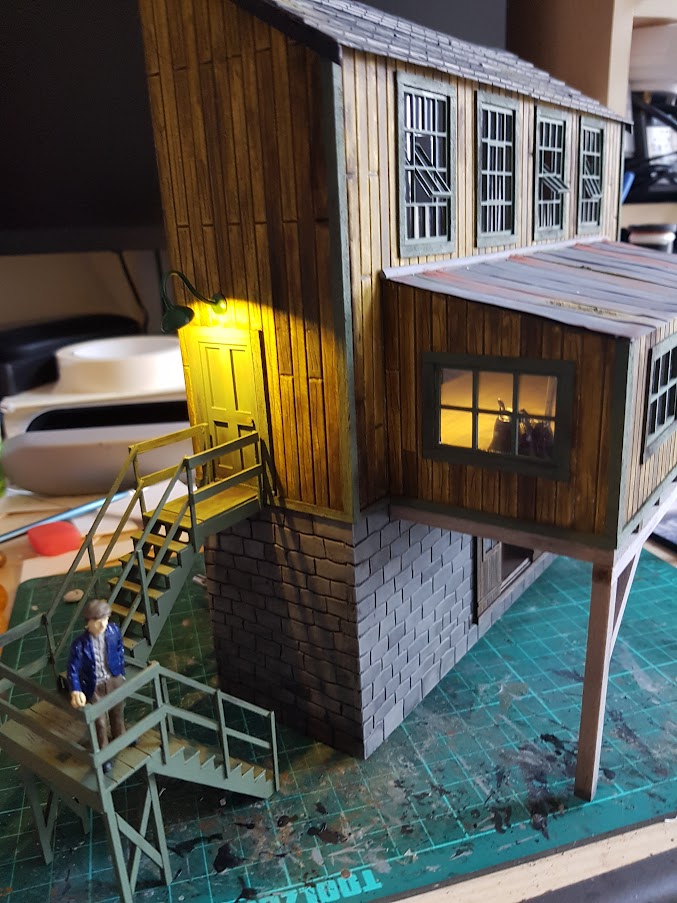 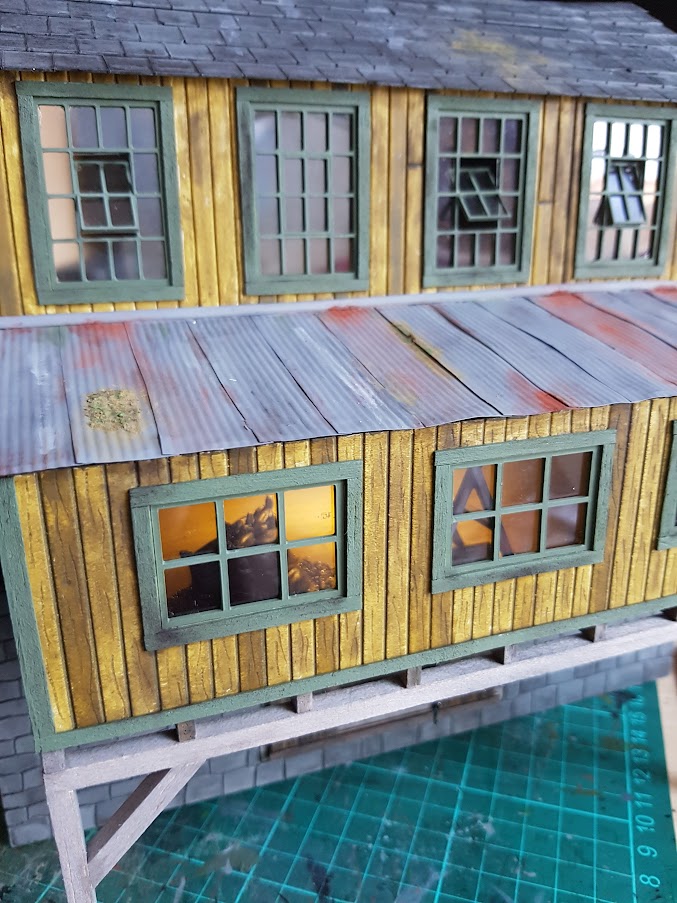 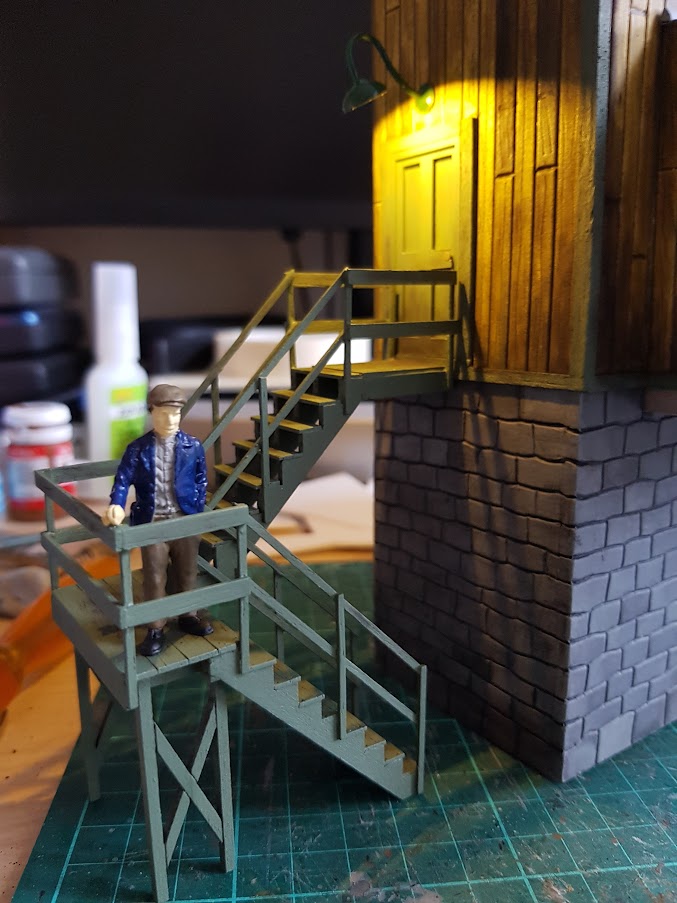 With the warehouses pretty much completed, my thoughts are turning to ground works. Cobbles. To this end I purchased a handy tool from a regular on the NGRM forum which arrived as a brass etch for home assembly: 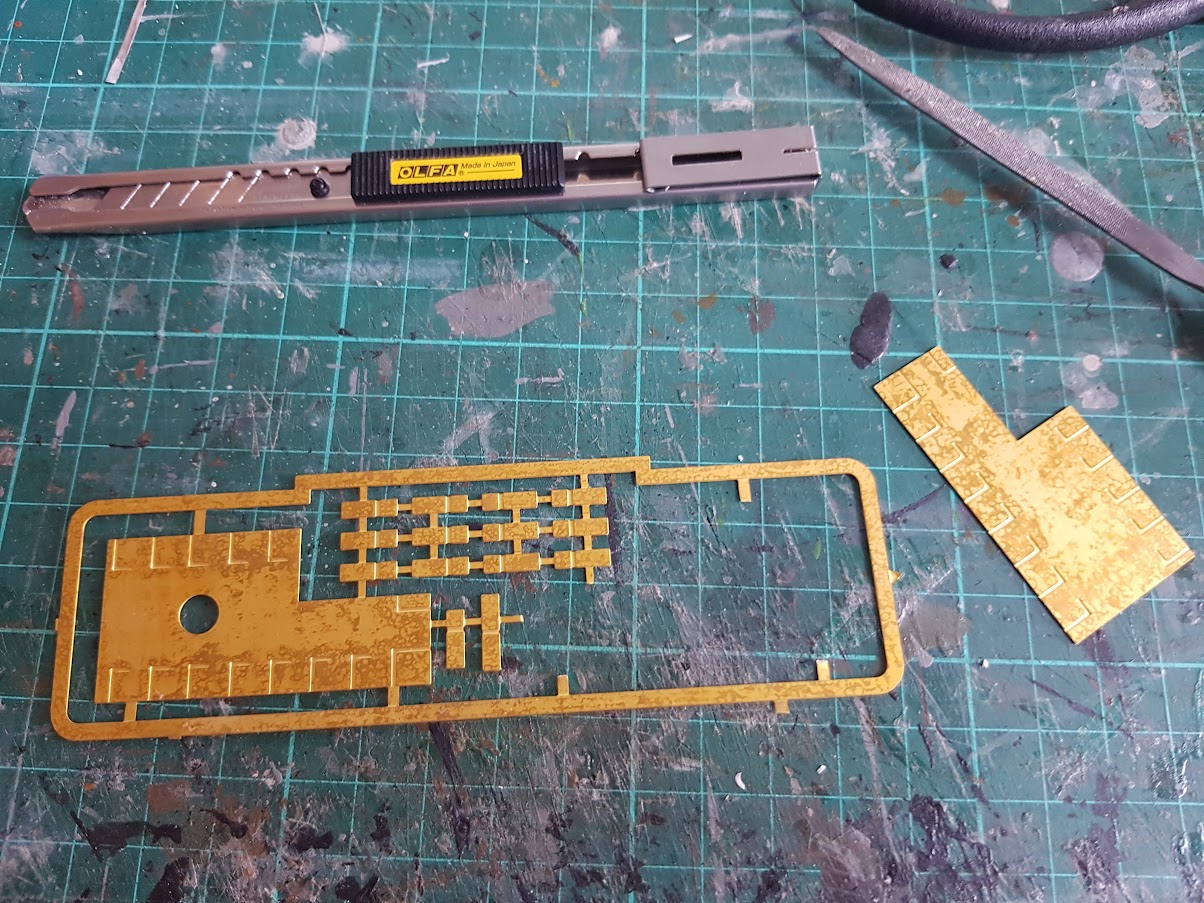 The instructions say to solder the pieces together, but being a bit of a wuss with a soldering iron (I can do electrics, but never tried a metal kit), I decided to use superglue

. Luckily the pieces went together without problem: 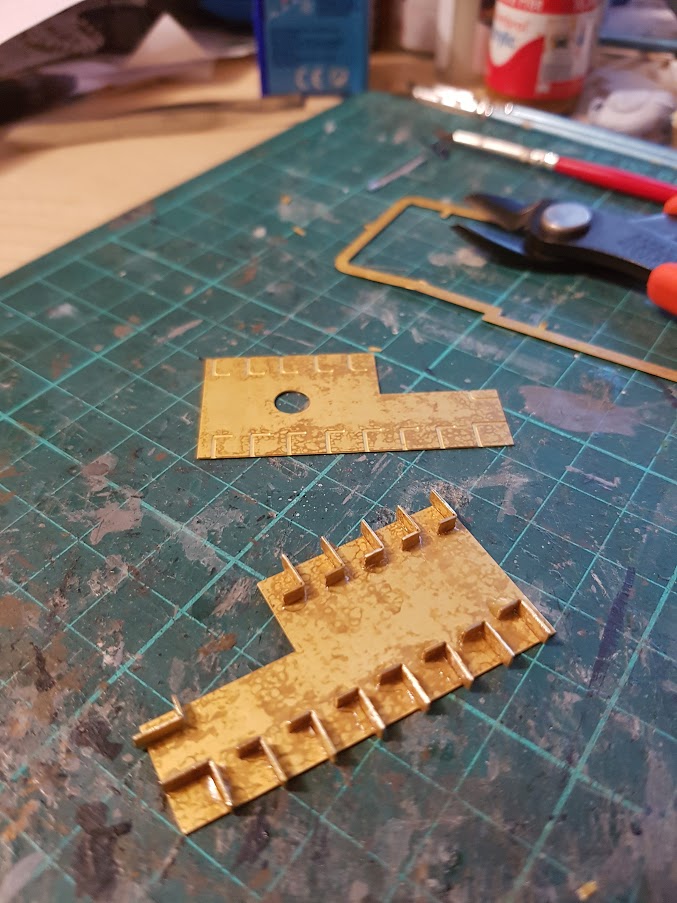 The tabs are intended to stick out, to be trimmed after assembly. I did this with Xuron rail cutters and then filed them flush: 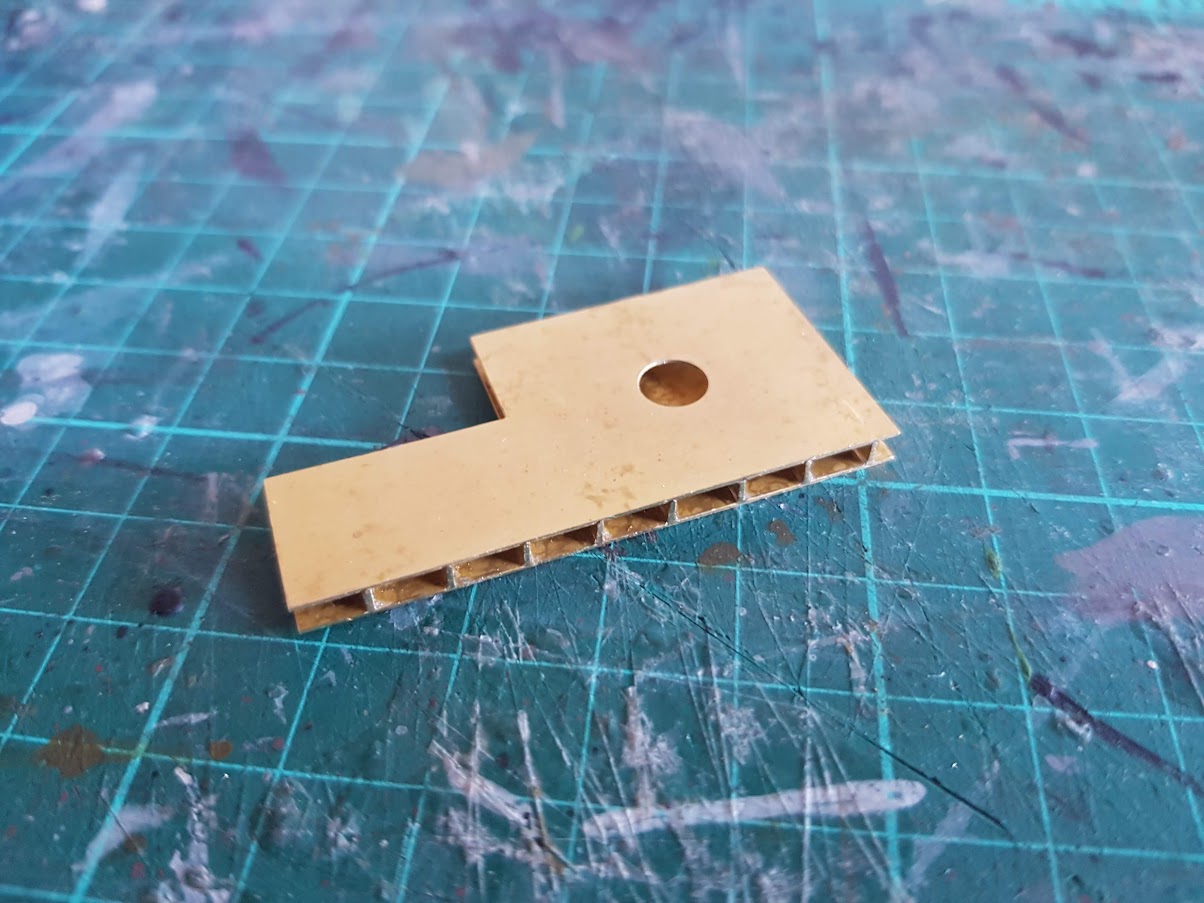 The tool is of course an embossing tool. So I decided to try it out on some trial pieces of DAS. The imprints were quite easy to make as long as careful alignment is maintained: 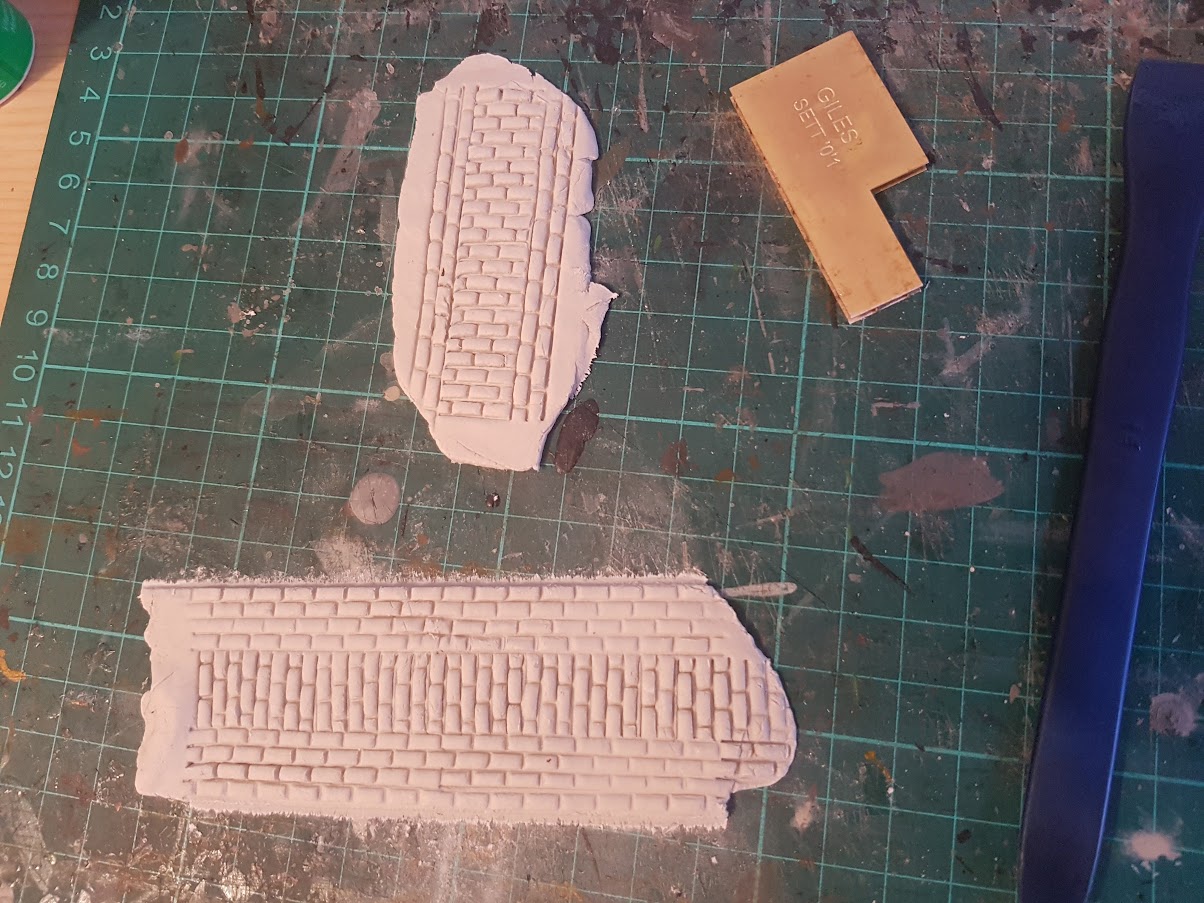 One piece was painted with different light greys before a dark wash was applied to seep into the crevices. The other piece was just washed onto the bare clay. In real life they differ (not so much in the photo) - I prefer the former, as on the latter the wash soaked into the clay more, resulting in a darker overall appearance with less variation in colour: 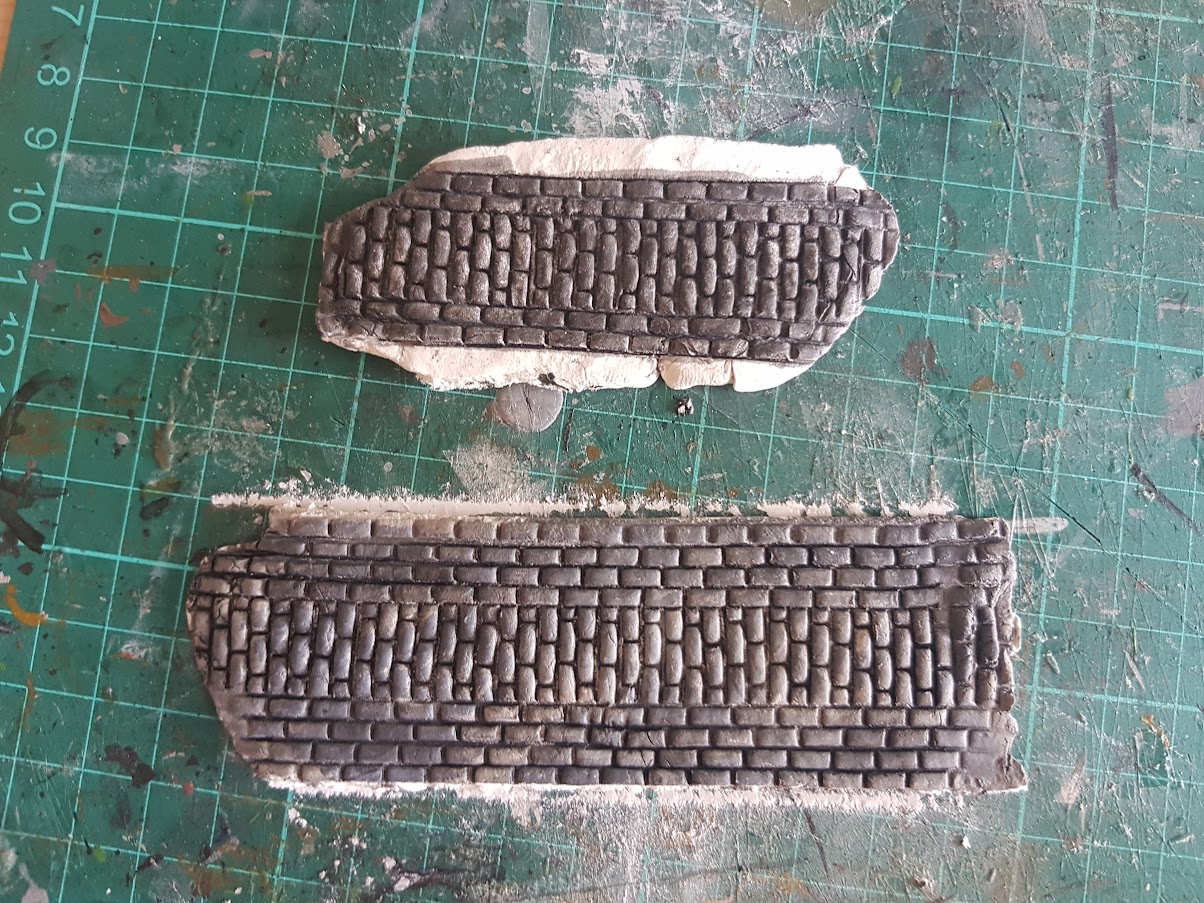 It looks good enough to me, so I think it'll do for a roadway crossing the tracks to provide access to the warehouses.
Old N layout
0-16.5 workbench
Micro 0-16.5 layout
Top

Some excellent miniature carpentry there and the cobbles really look the part.
Gerald H - BNR Correspondent :)