Beaglington-On-Sea 00 gauge in 6ft by 4ft

Post pictures and information about your own personal model railway layout that is under construction. Keep members up-to-date with what you are doing and discuss problems that you are having.
Post Reply
201 posts

Nice pics. Without the mist, your layout is wonderful.

Alexander Court wrote:My apologies! It's just a good thing that I don't like fruit!

Time for another update that I have been putting off forever. I decided to sort out the fences around the village green and so I tool them outside in a cardboard box and spray painted them brown and then glued grass scatter to the bases. 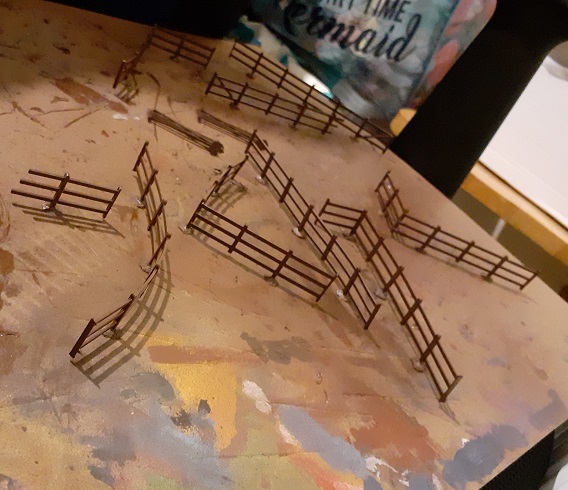 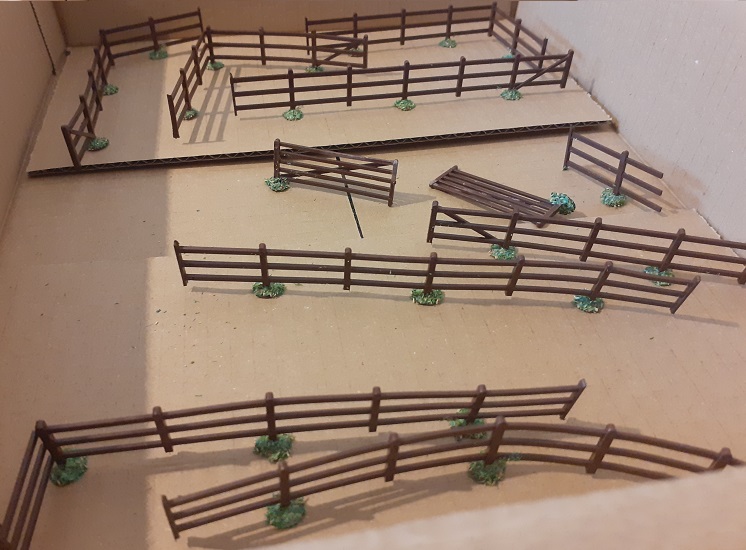 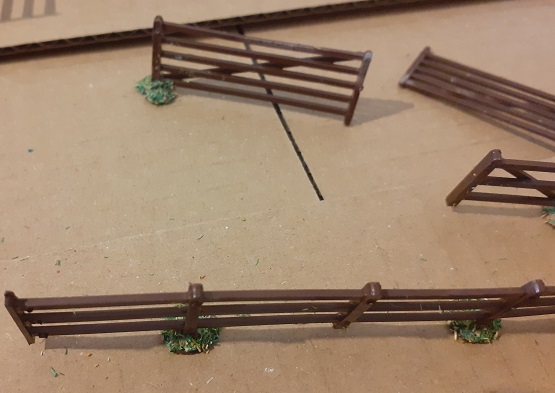 Then I set about the process of prepping the layout for installation of the fencing which involved removing all loose detail and hoovering/dusting the whole thing as it needed it rather badly, the cat leaves dust and hair everywhere, especially when he sneaks for a nap on the village green, hopefully the fences will keep him out! This is how it looks all tidy and clean. 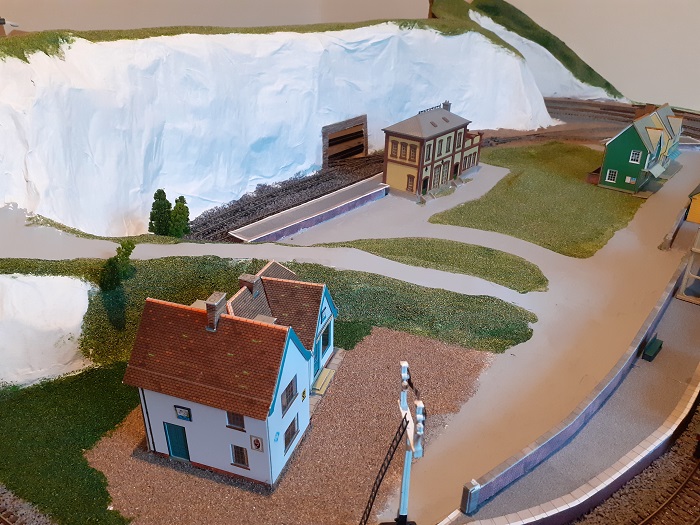 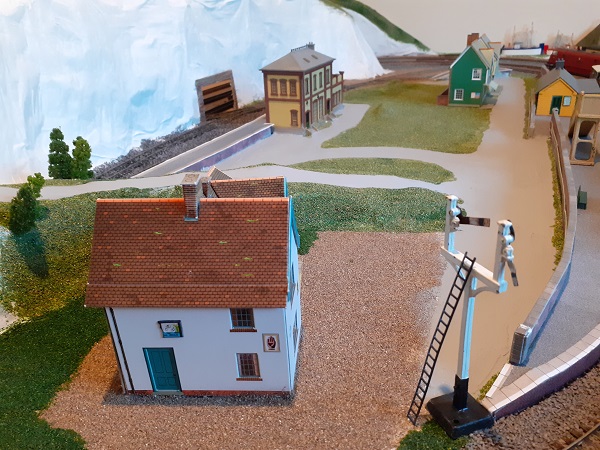 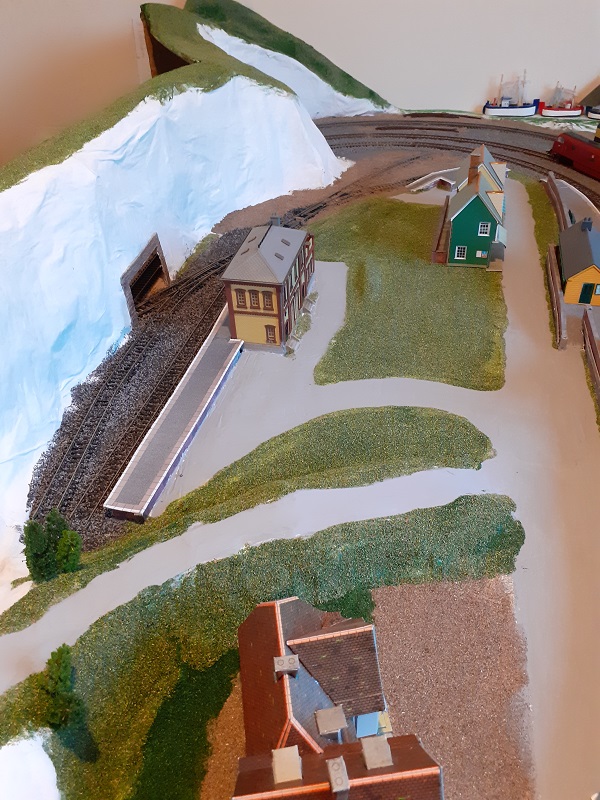 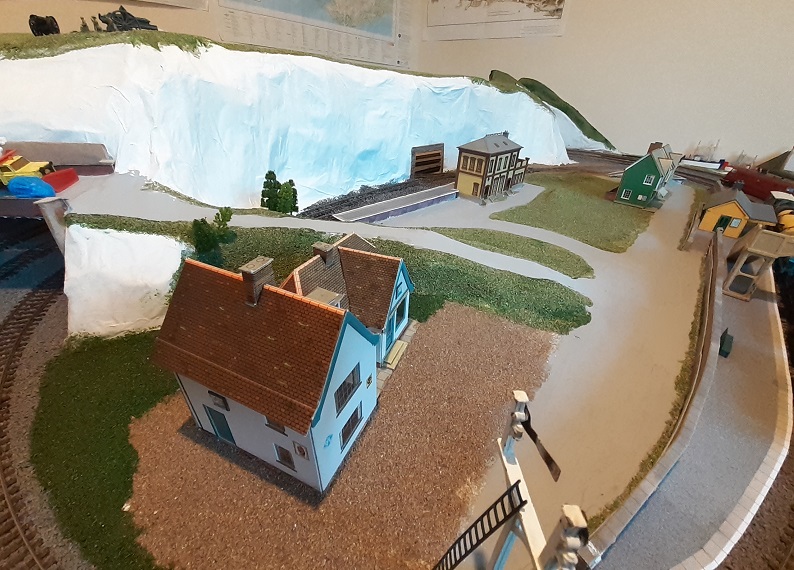 So after mapping out where the fences would go I started to glue them in place and dust over the glue with a little more scatter too to blend the bases into the grass as best I could. 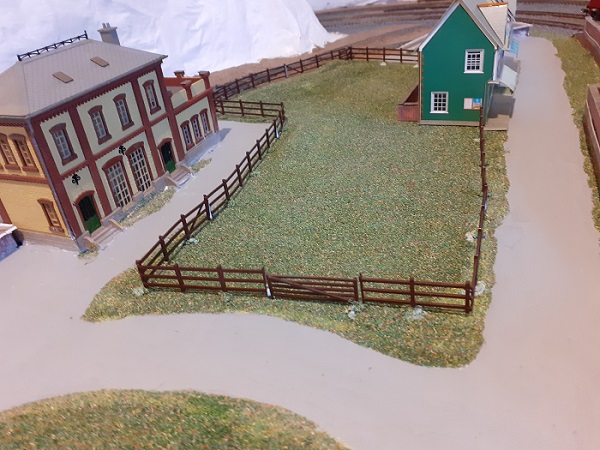 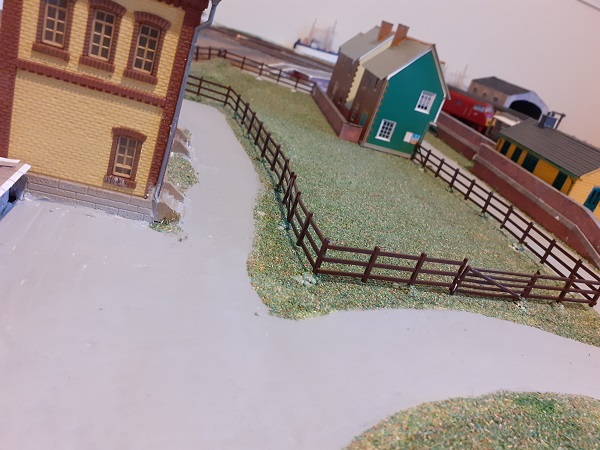 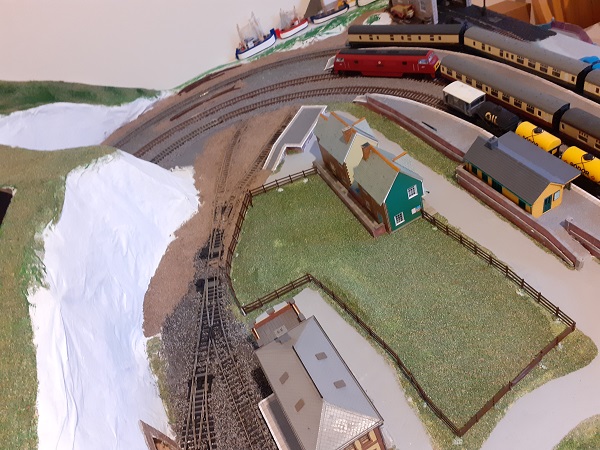 I also used some small offcuts to fence off the beer garden on one side and added a gate on the other side. 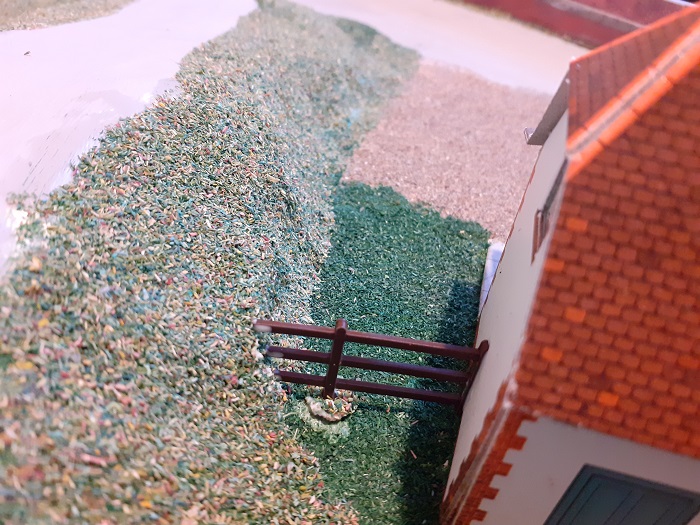 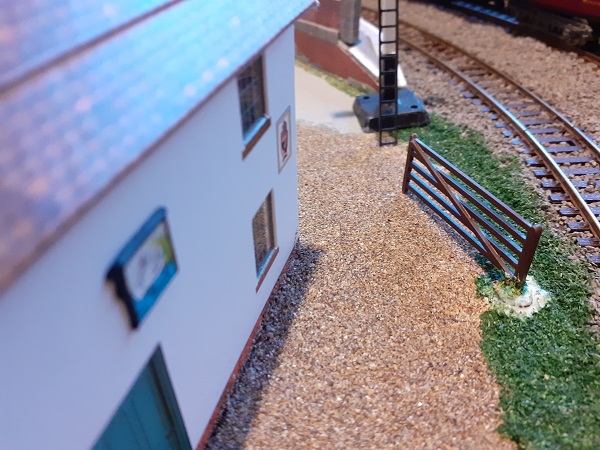 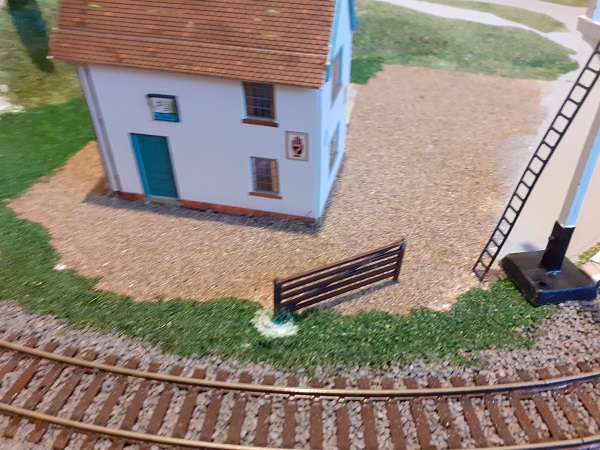 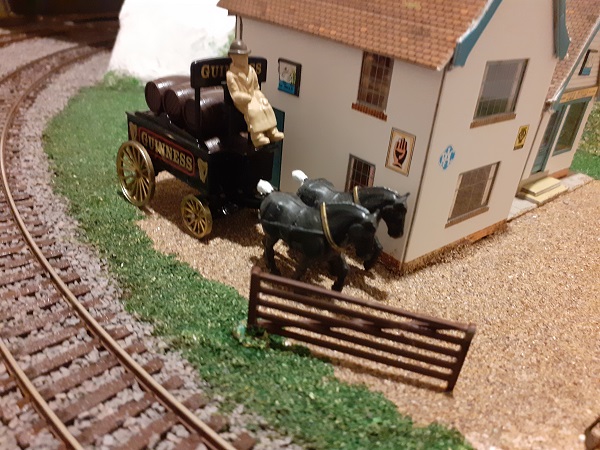 Ok ok, admittedly it won't be keeping much out of the beer garden for now, but give it time!

As you can see in the back of this photo, the orchard and the bee hives (inspired by Thomas The Tank Engine's 'Buzz Buzz') have been added to the village green/Trevor's field, now that the area is secure. 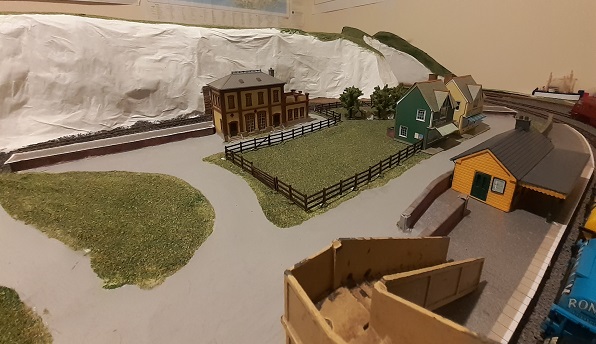 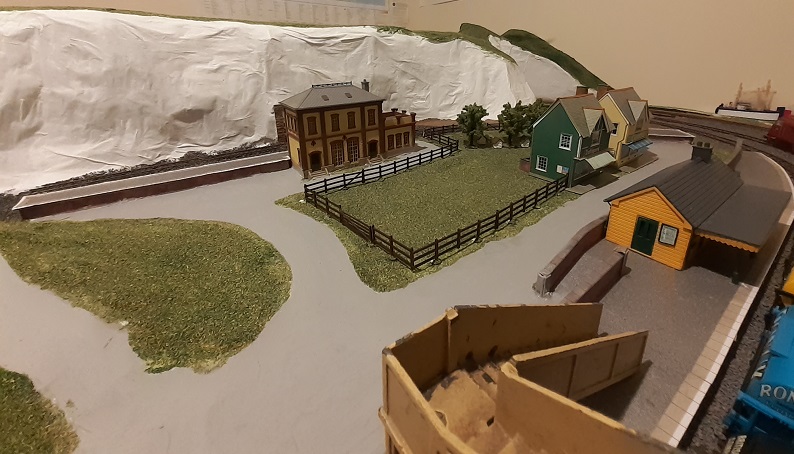 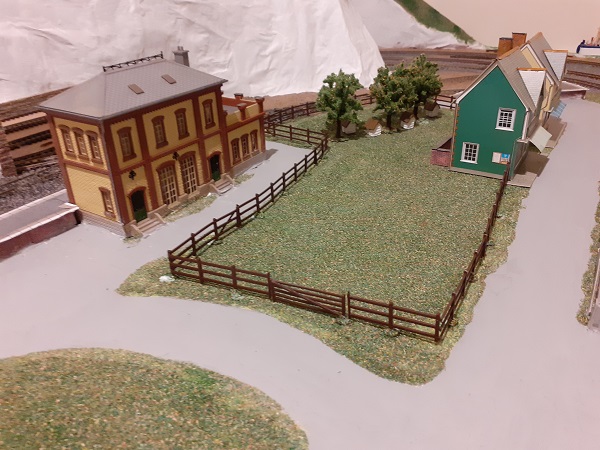 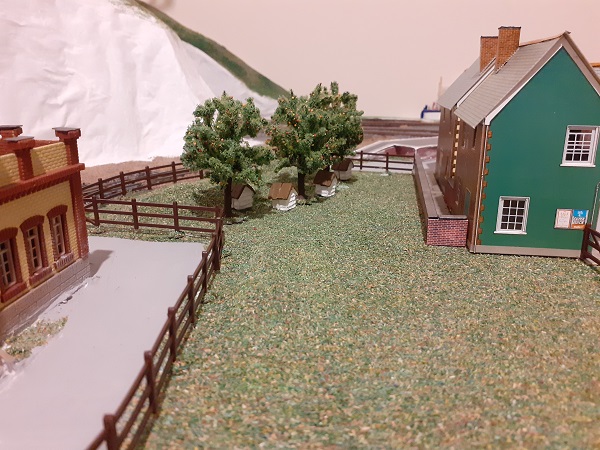 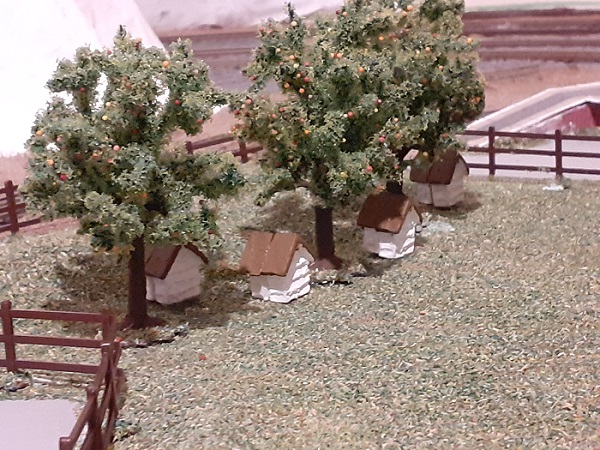 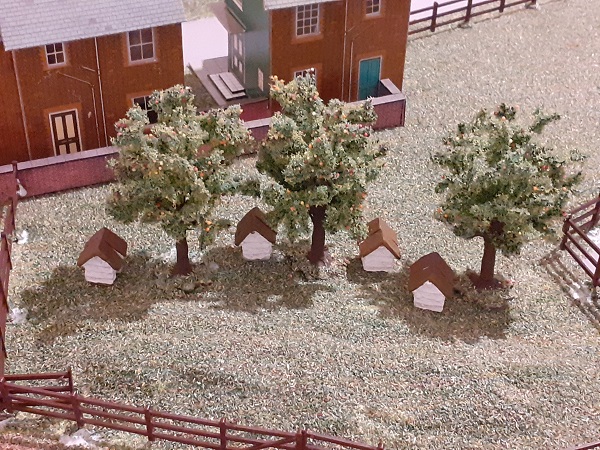 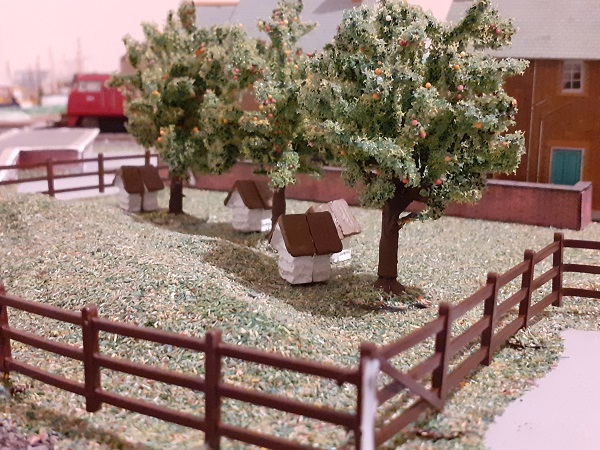 And here is the layout repopulated: 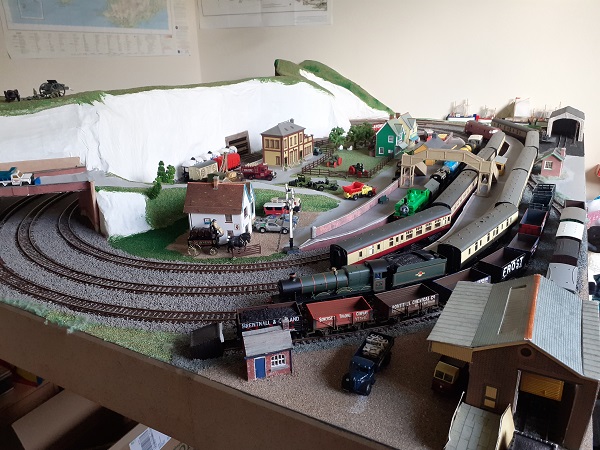 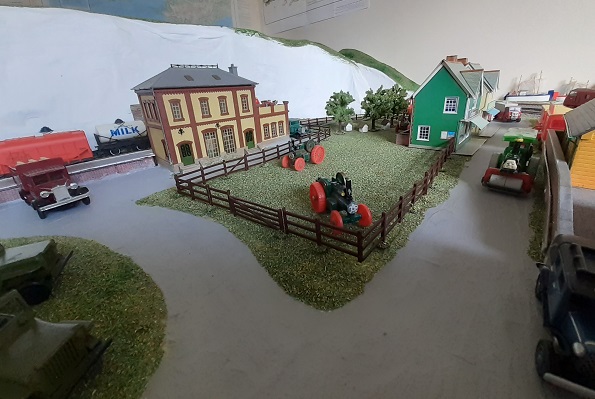 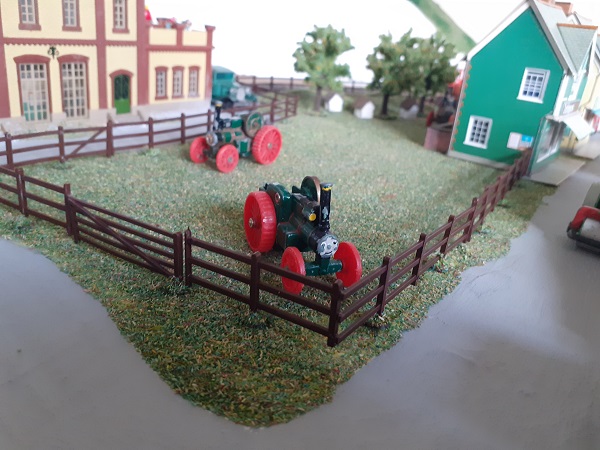 Rear shots from the operating perspective: 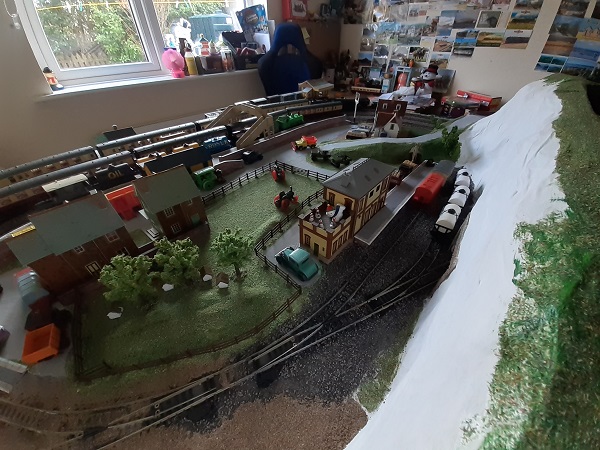 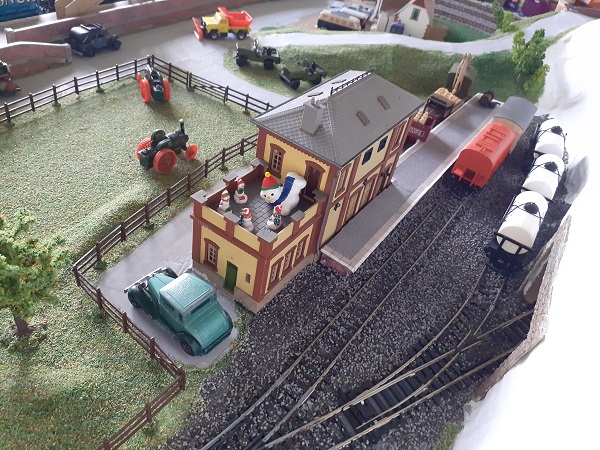 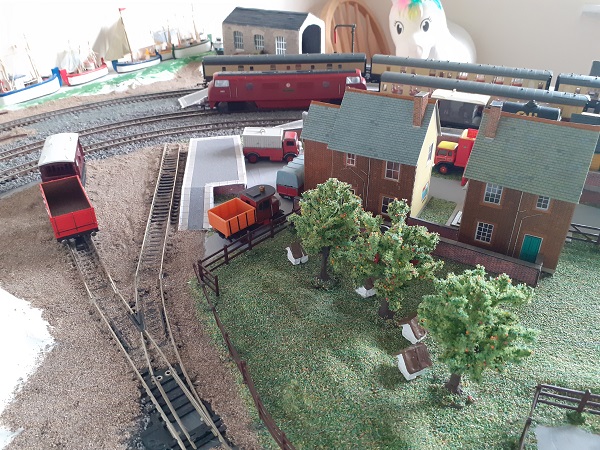 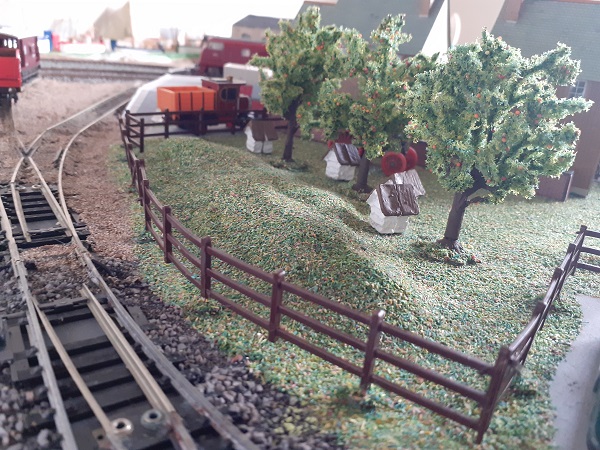 So, that big load of photos is finally posted, hope you think it looks reasonably good, the fences are still standing now so that's good haha.

Alexander.
"I love the way you call it Art, When you never even use your Heart, and I just wanna tear you Apart"
Top


Rear shots from the operating perspective:

At first glance I thought you'd put a stretch of river in at the bottom!

Hello all, its been two months since I really posted anything, I've taken many pictures but my progress updates are so far behind I just couldn't be bothered to do anything with them, I'm back at work now, a week so far, and after 5 months its hell because I've grown totally inefficient, and I just don't seem to have any energy these days either.

So I was wondering what people might think I should do, should I just try and get some more recent photos taken and uploaded and then carry on from there and if anyone is interested in something they haven't seen me post about they can ask? I know there are a few small things I will show off but I can do that when posting recent pics. I just feel so bogged down in everything these days.

Hope everyone is well and apologies for not keeping up with stuff, I do come on and read stuff all the time but I'm usually too tired to post any comments/replies.

Thanks all, Stay Safe!

Alexander.
"I love the way you call it Art, When you never even use your Heart, and I just wanna tear you Apart"
Top

No worries. I have not touched my layout for ages but I have started a few small projects. Not finished any small projects, but started.

My attention has been on other things, one being making space, so I will be selling more of my 00 collection as to be honest, I just have not used it and much of it was new or if not, was in good condition.

The good thing about this hobby is one can take ones time. There is no hurry.
Modelling On A Budget ---》 https://www.newrailwaymodellers.co.uk/Forums/viewtopic.php?f=22&t=52212
Top
Post Reply
201 posts