Post pictures and information about your own personal model railway layout that is under construction. Keep members up-to-date with what you are doing and discuss problems that you are having.
Post Reply
196 posts

Thanks Daniel you are way too kind!

I have been thinking about how to finish off the RH end of the warehouses, and yet another scenic break - 4 in such a small layout

So I came up with the idea of extending "Barnett & Sons" with a high level walkway providing access across the railway (and conveniently masking the track disappearing through the backscene), taking inspiration from these derelict warehouses in Gloucester Quays: 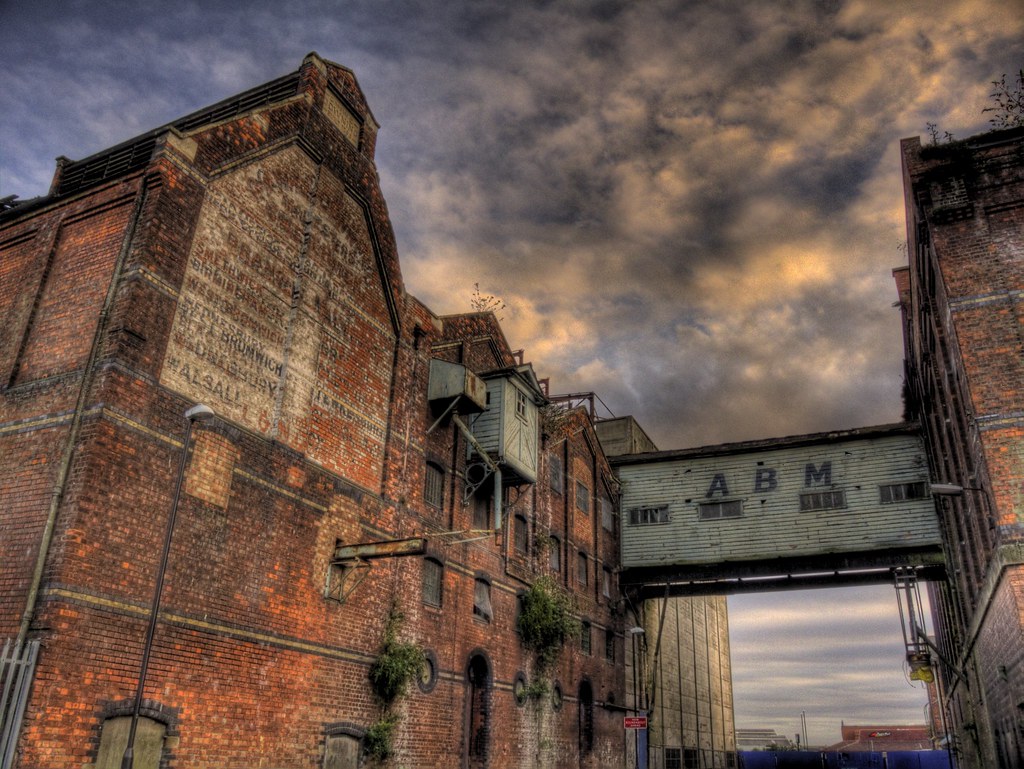 So here's a cardboard mock-up to illustrate . . . 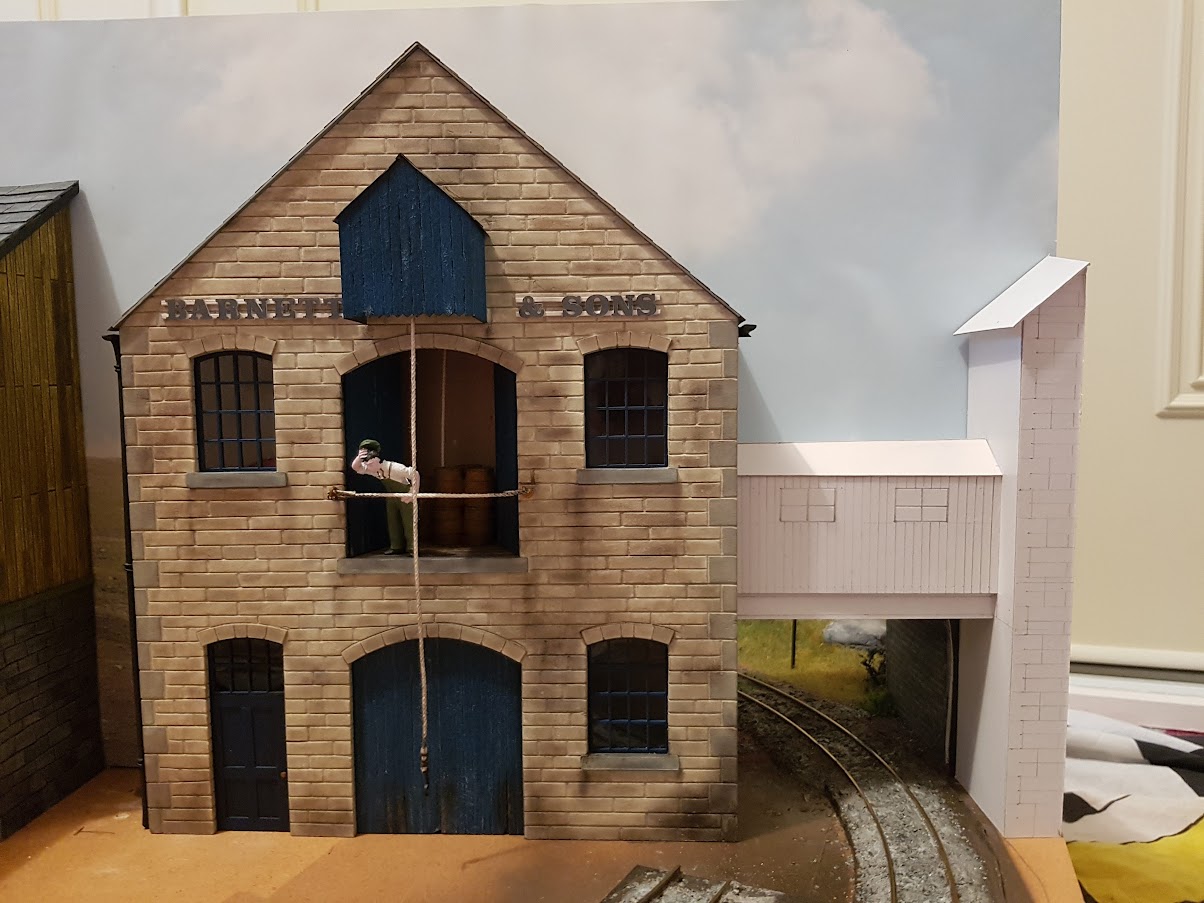 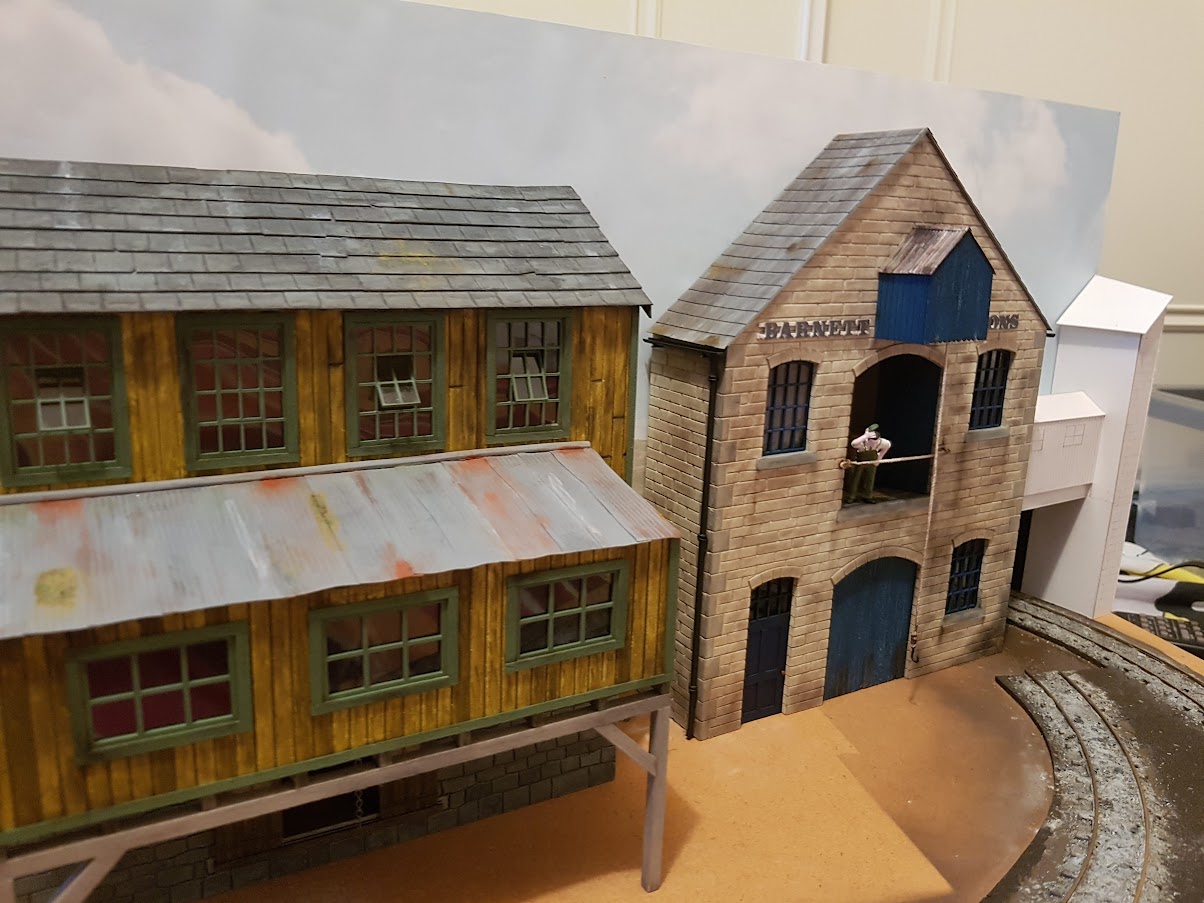 Some progress on making the mock-up into reality.

Using 3mm Palight carved with stonework / wood planking as before, and some left-over York Modelmaking windows: 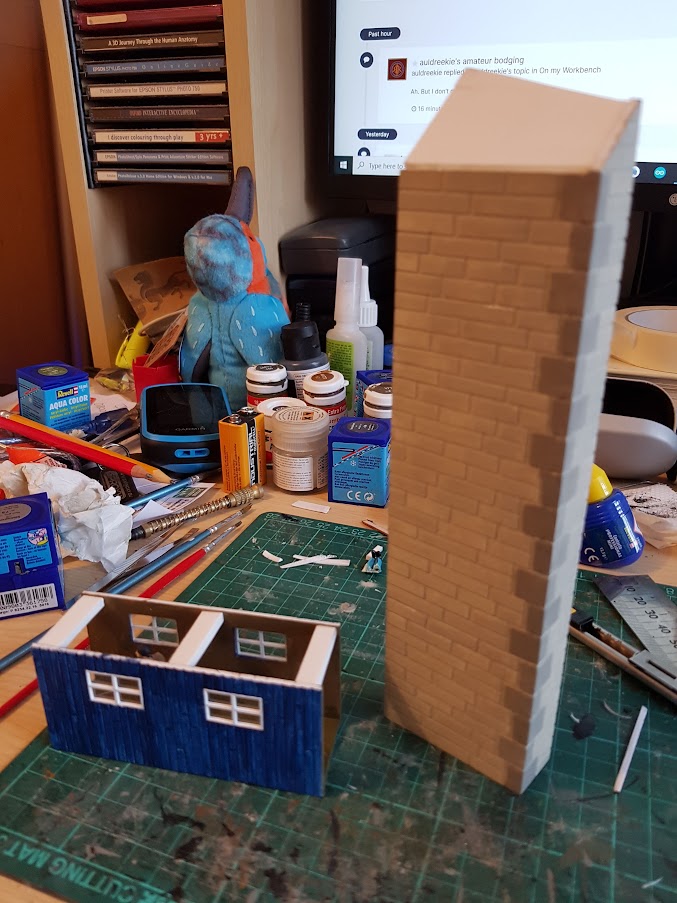 Also some 'I' section girders added for support under the walkway: 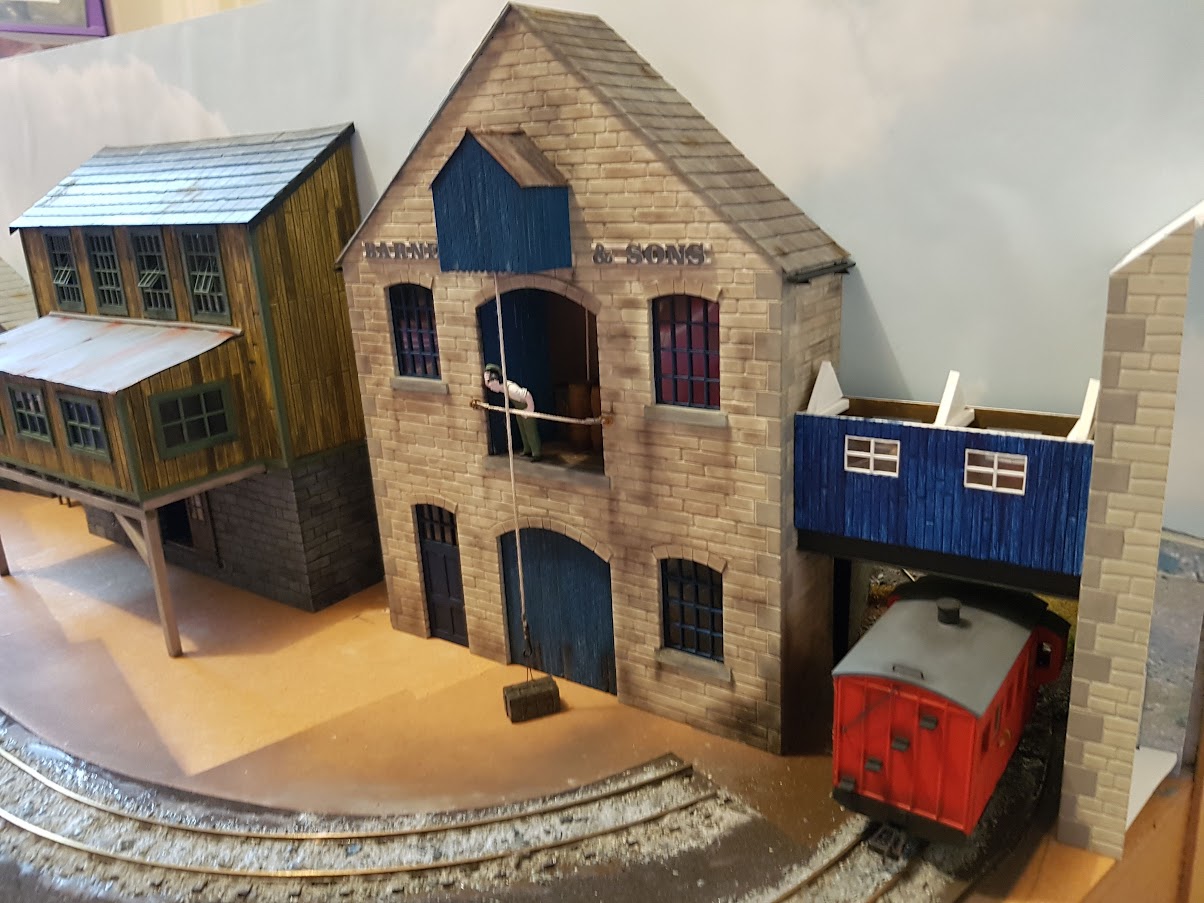 Also a man strategically placed by one of the windows (he is a cheap Chinese-import 'seated passenger' suitable hacked to appear about the right height): 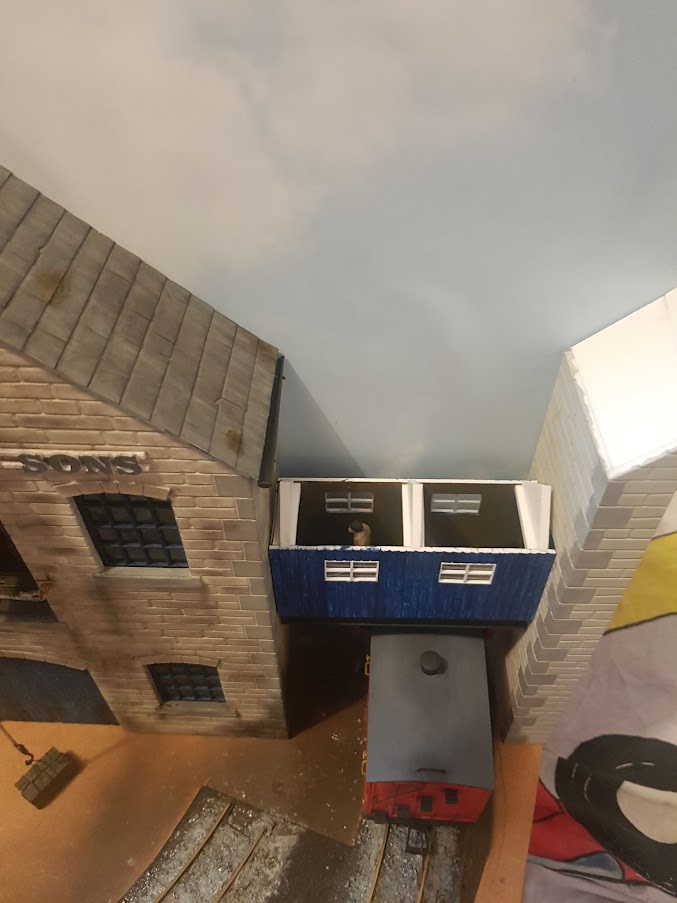 Of course roofing is next

. The whole will be darkened somewhat when weathered to fit in with the rest of the building . . .
Old N layout
0-16.5 workbench
Micro 0-16.5 layout
Top 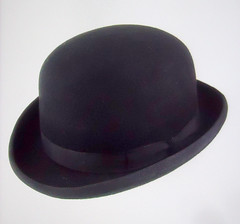 Roofs now on and facia added to RHS. The walkway roof is not that shiny normally, just that the sun happened to be shining on it when I took the photos 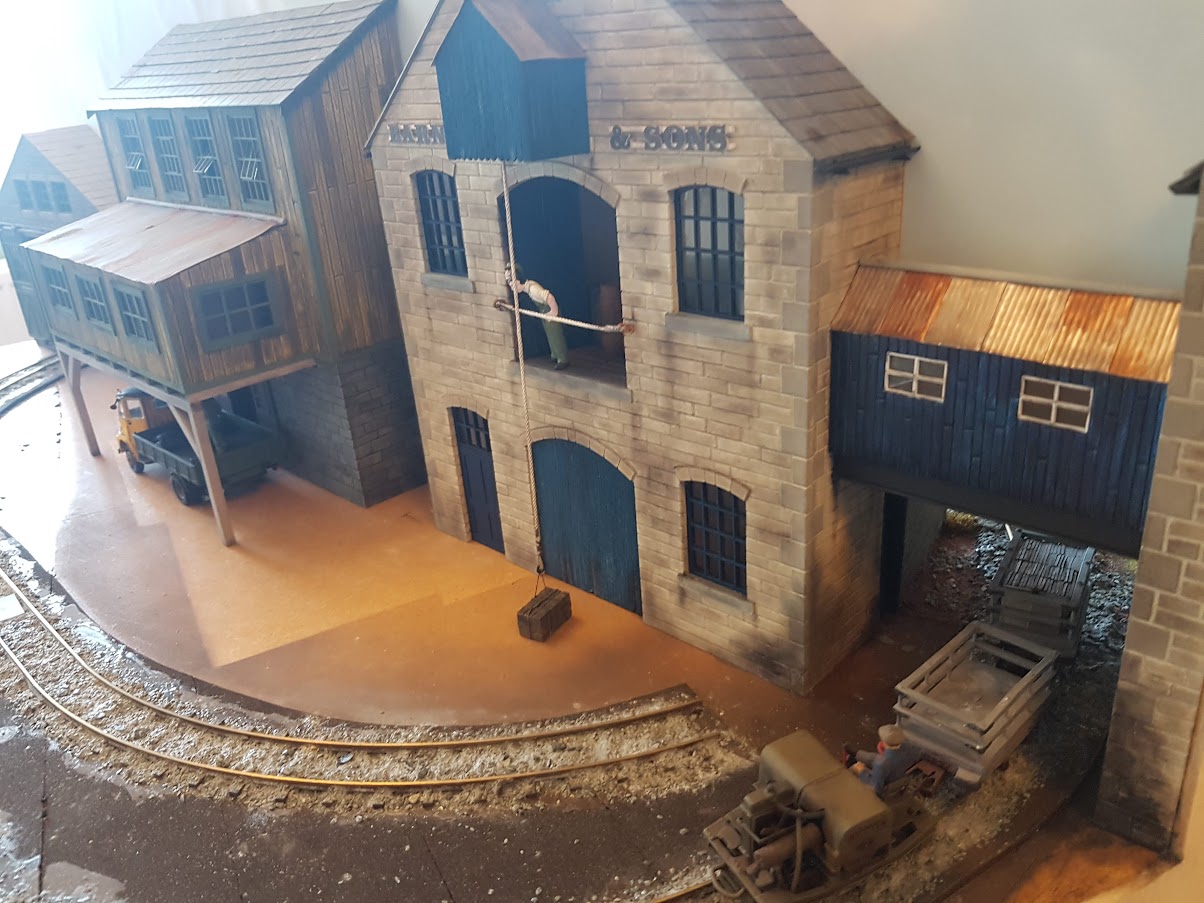 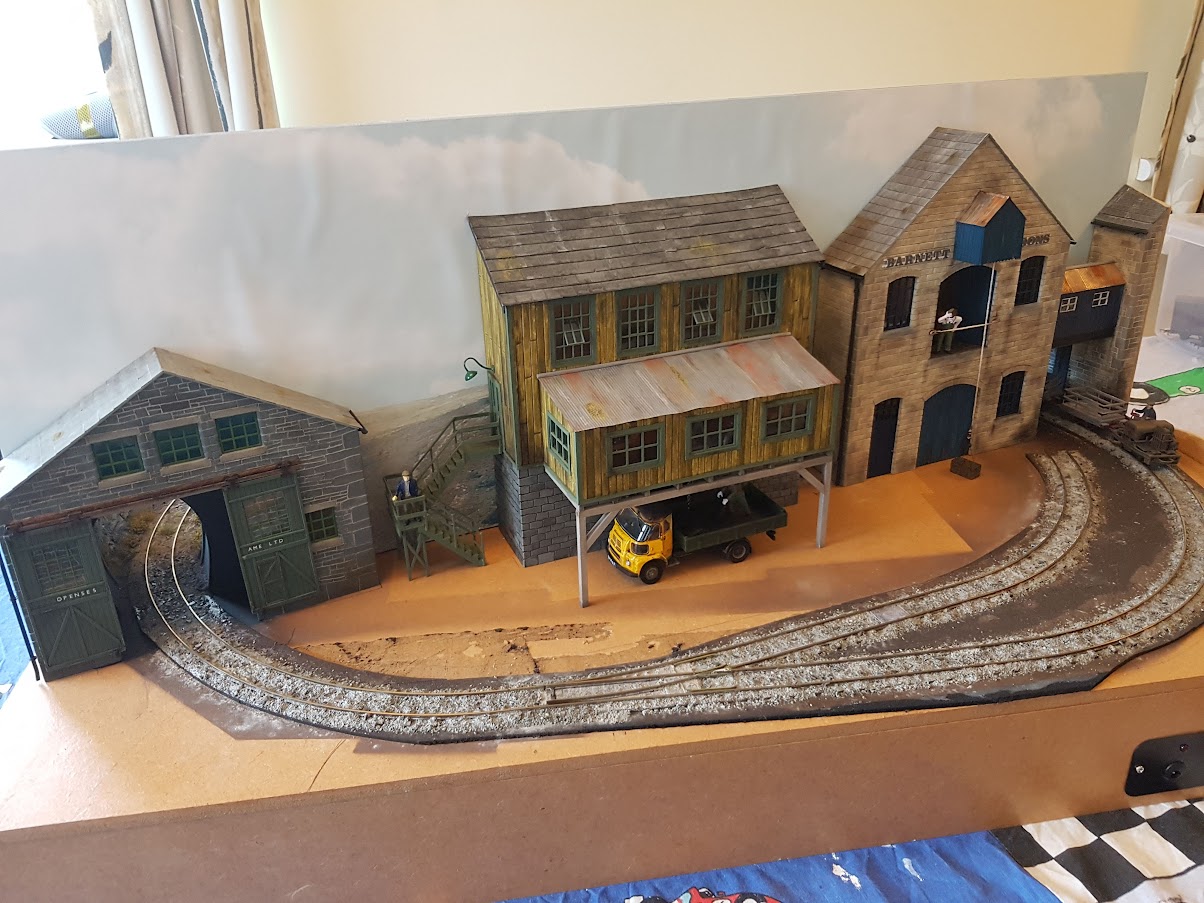 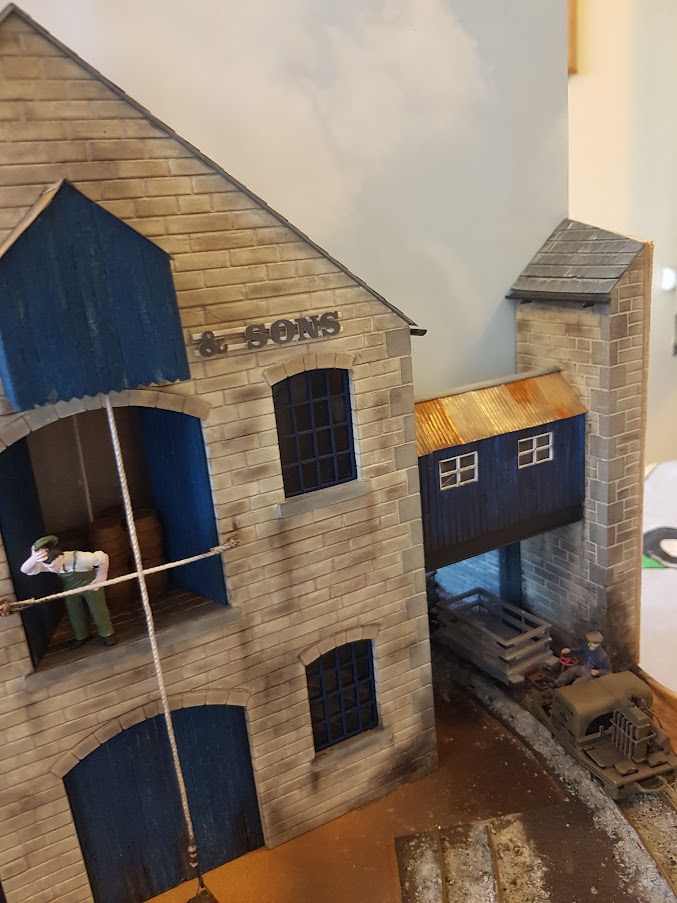 Great looking building PNP. Well done. Nothing wrong with the sun shining on the roof. It happens in real life. 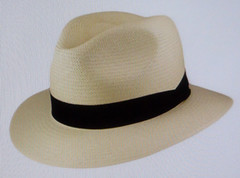 
I won't have enough hats if you keep doing such beautiful work!

Excellent construction, bring on the "dirty brush"!
Growing old, can't avoid it. Growing up, forget it!
My Layout, My Workbench Blog and My Opinions
Top

Hopefully he'll have someone down there to shout to (at?) one day

Anyway, some more progress has been made

First the facia boards have been painted... 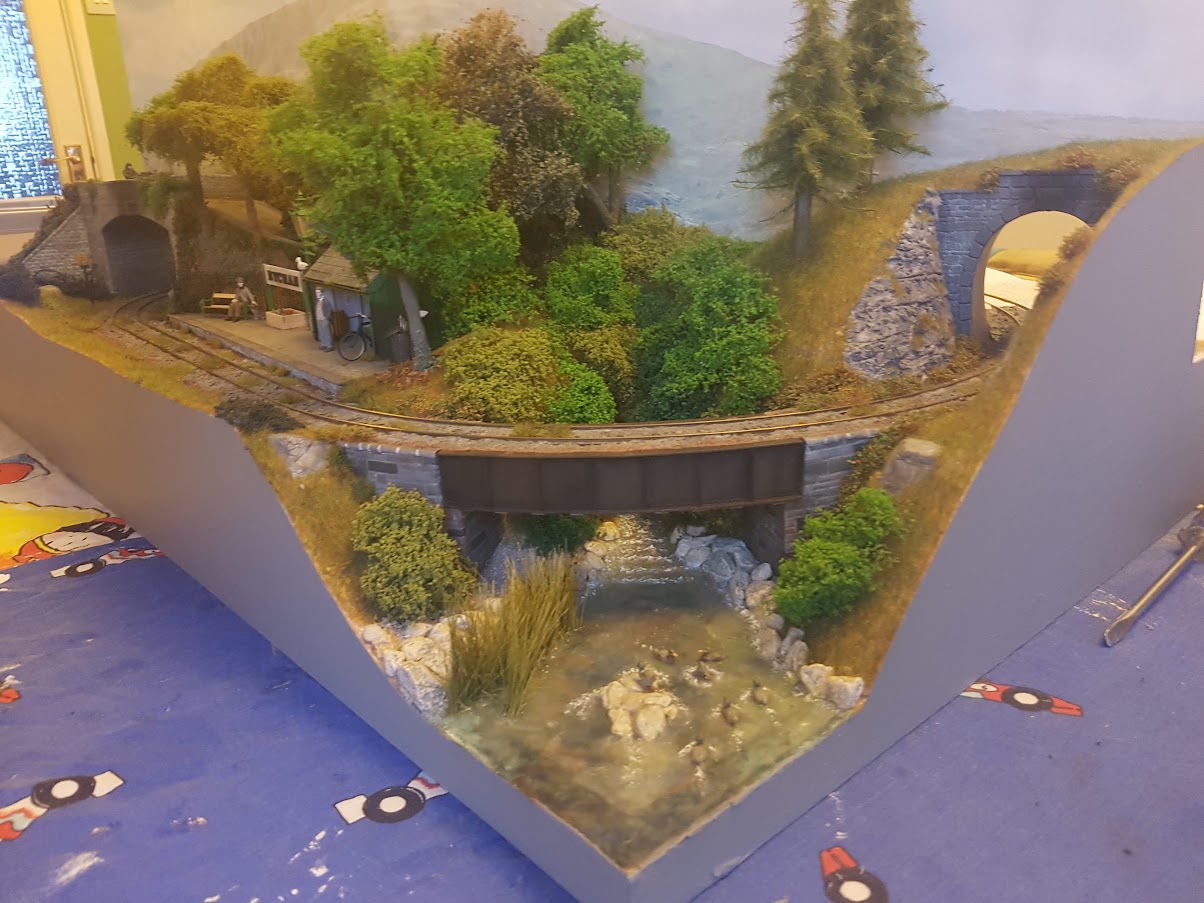 ...and extended around the warehouse side with some landscaping outside the tracks (polystyrene and polyfilla) 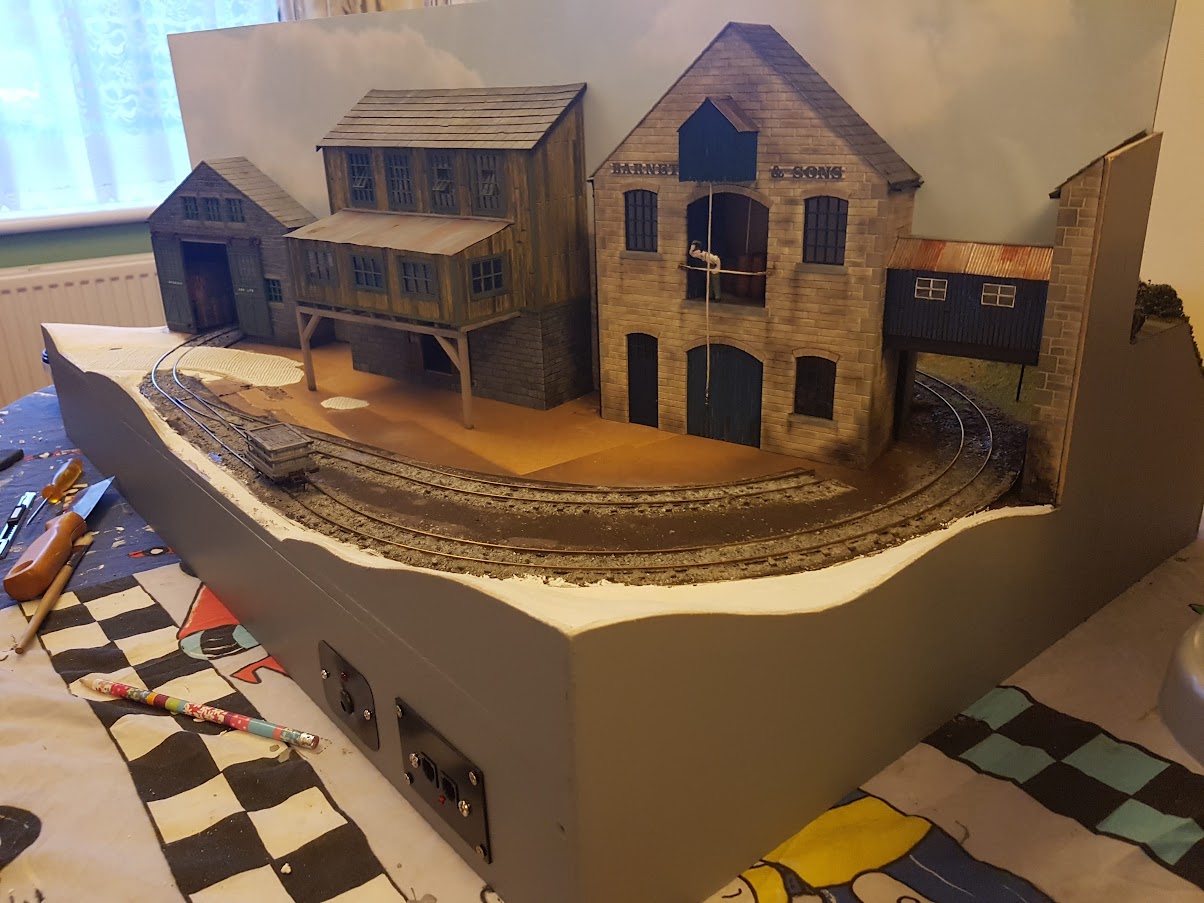 Also, the 'sett' embossing tool (see my workbench thread) has been used on some rolled-out DAS clay to create a cobbled road crossing the track 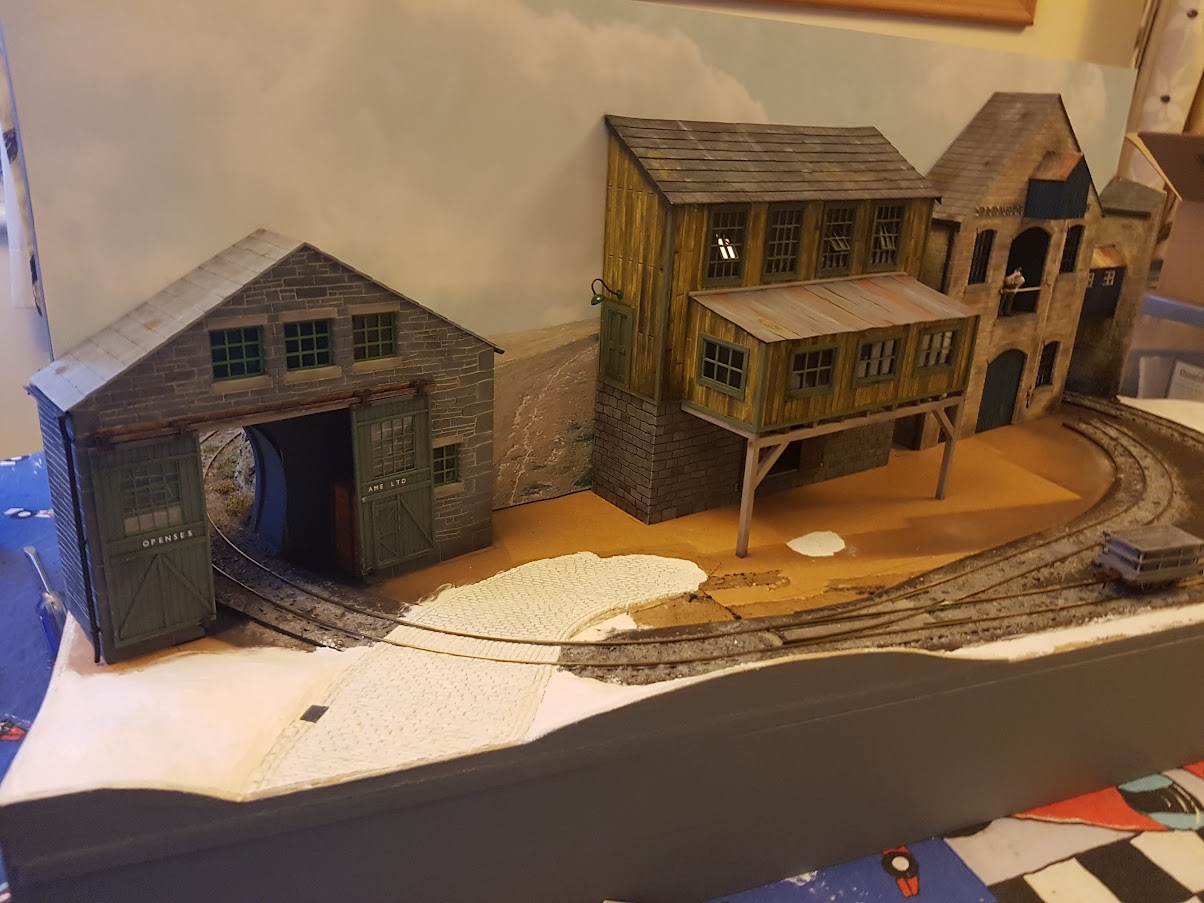 I chickened-out of cobbling the whole area

and will instead do some kind of hard-core surface for the rest. The idea is that the cobbles were originally laid more extensively but have become partly covered - hence the little patch separated from the road area. Hopefully it will all 'bed in' reasonably well when painted and textured . . . 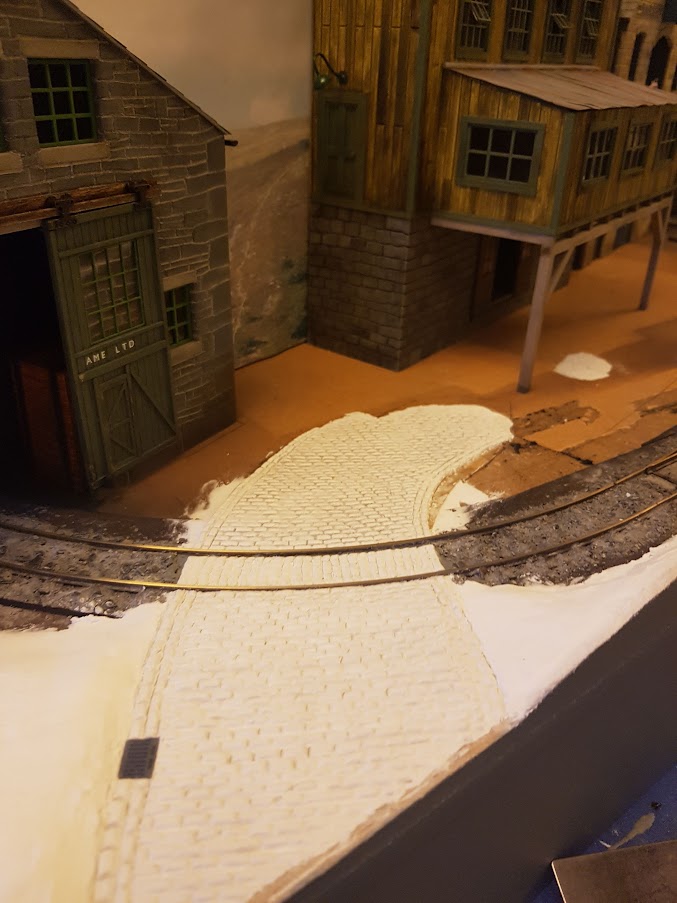 It is amazing how something so unimportant as a fascia can improve even such a good diorama!
Ik makes it more ... compact. Someway as a 3D version of what a layer of paint do on a just build model where many different materials were visible.

An that corner is beautiful!

What is really good is seeing it on your bed as it gives a good indication of the size of the board it is on. It looks much larger in close up photographs and yet it is a nice little size which can fit in the boot of a car. Excellent!

Have you, like me been collecting kits ready to build? I have just seen a nice new kit out (New to me) of a lovely little diesel shunter which looks ideal. I have lots of kits waiting for me to create a bit more space so I can start work. It will be nice when they are built.

@Mountain, its actually on the dining table, not a bed - though it IS on a child's sheet to protect the table

Lovely work to such a high standard, PNP. Well done.

I like the picture of the building at the top of the page. The reds, browns and whites and smokiness in the brickwork. A dream to replicate.

PinkNosedPenguin wrote:@Mountain, its actually on the dining table, not a bed - though it IS on a child's sheet to protect the table

Mine was going to be 3.5 x 2 but then I decided I wanted passing loops so I made another board.
Reminds me. Two days ago I bought myself a little foam sanding block to sand part of the wooden contours of my scenery, as trying to sand wood contours with ordinary sheets of either wet and dry or sandpaper does not make the papers last long. Hopefully a cheap (£2) foam sanding block will do the job. We shall see!
Modelling On A Budget ---》 https://www.newrailwaymodellers.co.uk/Forums/viewtopic.php?f=22&t=52212
Top

I have made more progress

Basic ground cover is down, including painting the cobbles and (a job I don't much like) static grass.
I have also added some 'life' - workers, sacks, barrels, drums, girders, etc. More to do but it's coming along . . . 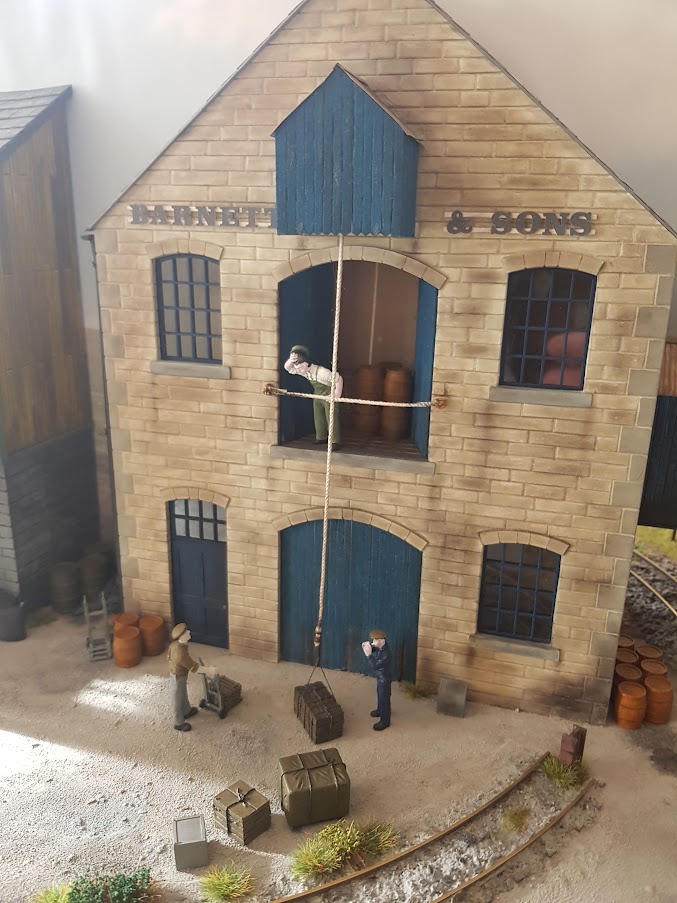 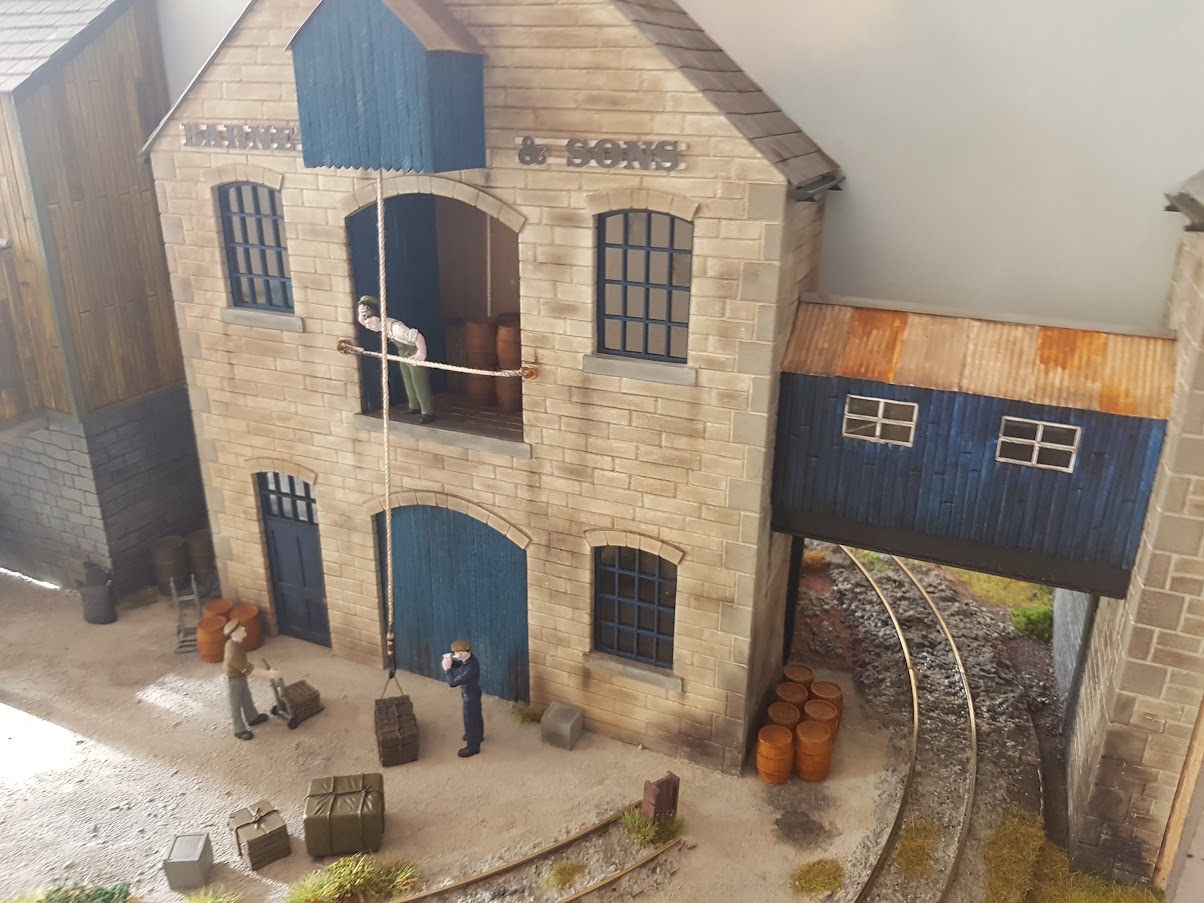 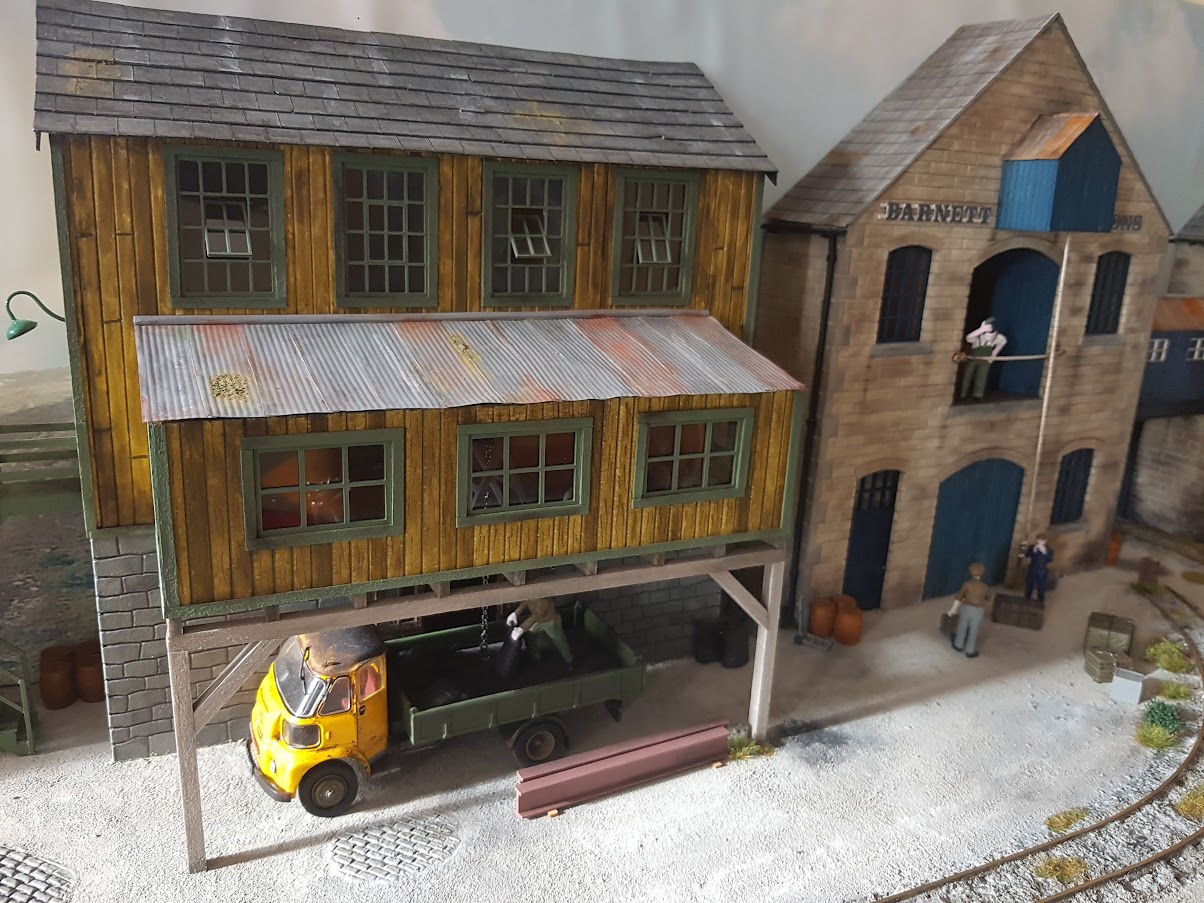 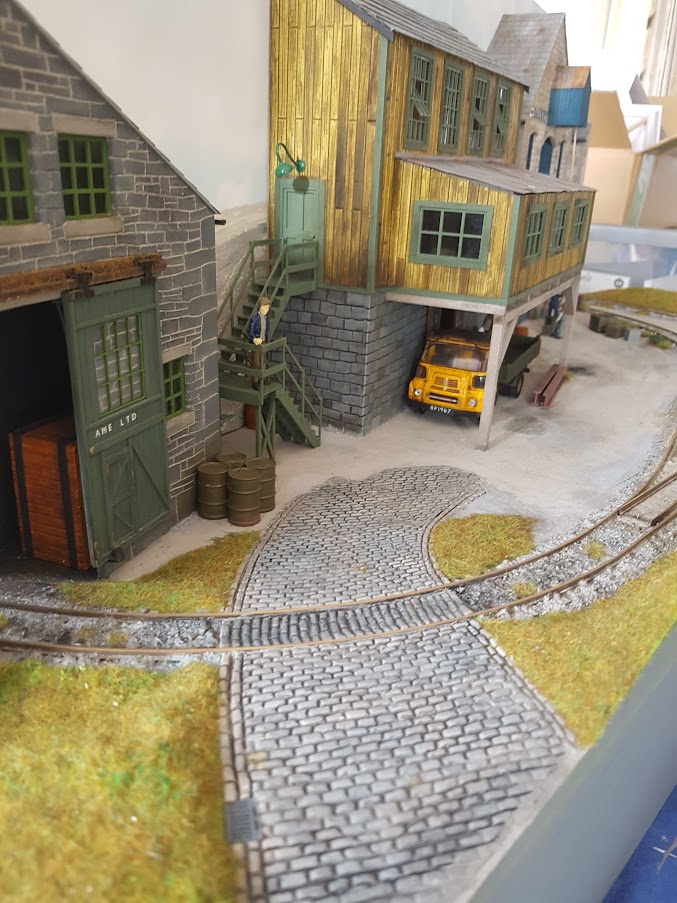 Off for some winter sun soon, so may be a while before the next update (not that I'm complaining!)
Old N layout
0-16.5 workbench
Micro 0-16.5 layout
Top
Post Reply
196 posts

Users browsing this forum: No registered users and 35 guests