Post pictures and information about your own personal model railway layout that is under construction. Keep members up-to-date with what you are doing and discuss problems that you are having.
Post Reply
1066 posts

Welcome to Castle Cross!!! Change for Foxbridge and Brooke Arch!

Castle Cross (CX) hasn't always been called CX it was renamed in January 2010. Before then it was Oxcote and before then it had been many others, including NYMR and Sedgewell Road.

Castle Cross is a bi-era partial area layout. The First era and area is Wartime Britain in Western Central England, and there is a very high Great Western Influence with lots of GWR trains to be seen here, including the Cornish Riviera Express, and plenty of GWR Freight. Not only does the GWR meet here but the LNER can also be seen here, with many expresses flying through and occassional suburban trains, but no LNER Frieght.

The Second era and area is the transition era/late BR steam and that is set in no particular part of the country as there is everything there apart from GWR.

Currently there are 36 locomotives. 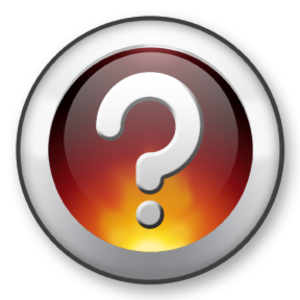 Geesh, I forgot about this thread

I'll (hopefully) be redoing all the track. As some people now that eventually, the same track layout gets boring after a while.

In doing this it'll give me the chance to clean all the track, as it hasn't been clean properly in a veeeeery long time

Hi guys,
I now have a new track plan

As before an Help, tips or hints greatly accepted

Go for it young fella, keep us posted with pics and maybe a vid or two. cos you know we like em..

slackbladder wrote:Go for it young fella, keep us posted with pics and maybe a vid or two. cos you know we like em..

dont worry I kept the bridge

(this is pretty good timeing really

(Minature Disaster, keep an eye out for it on youtube

and Slackbladder just for you I did a video as well.

After around 15 minutes of cursing injuries and track lifting this is what I had achieved
http://trainsandco.fotopic.net/p62748131.html

same from a different angle. (The small branch line has been removed and the track has been taken off the polystyrene support at the end)
http://trainsandco.fotopic.net/p62748132.html

This is after about 30 minutes much track has been ripped up and the bridge has TEMPORARILY been removed (the decision has been made for a new bridge to be constructed how ever good it looks it just doesn't weigh out the impracticalities it has)
http://trainsandco.fotopic.net/p62748133.html

around 1 Hour after starting some track is now being laid, this is the shot from where the bridge USED to be
http://trainsandco.fotopic.net/p62748134.html

as above but in the other direction
http://trainsandco.fotopic.net/p62748135.html

This may look insignicant but this took alot of time and planning and I was quite proud. This is what it looks like coming into the station
http://trainsandco.fotopic.net/p62748136.html

This is the amount of track I had to 'play' with. and annoyingly it is mostly curved. and I need quite alot of straights and some points

I found one thing out this year, I cant trust my dad to get the type of track I need. I asked him to get me this one single piece of track 3 times this year and each time he comes back with around 10 pieces of the same piece of track that I already had too much of. I now have nearly 40 pieces of some track I dont need

I'll post a video as soon as I have uploaded it to youtube.com

Looks like some neat progress mate. Are you using setrack or Flex? 'Coz if your dad keeps gettin the wrong track, just tell him to get flex, its not hard to get the right one there

And im sure you know you can cut it to the lenght you want.
Keep it up mate,
Ste

ste234 wrote:Looks like some neat progress mate. Are you using setrack or Flex? 'Coz if your dad keeps gettin the wrong track, just tell him to get flex, its not hard to get the right one there

And im sure you know you can cut it to the lenght you want.
Keep it up mate,
Ste

) and I'll probably screw it up,

I shot a video, and will be editing that soon and you will see what I still need to do

here is the picture. I would of taken more but my camera died and I can find the charger atm

and I will get to work on the video