Page 3 of 21
by lozstlouis
Have added one of these to my pointwork:

Curious device that i don't recall ever seeing on the real thing. But then again i guess i have never looked for it! My model shop said they hardly sell any of them & this one cost me Â£4! Also got a three way thing:

I like it to look a bit complex - although i have seen some other layouts with serious complex pointwork. Mine is just a stab at this stage.

Progress bit slow cause the job & kids etc keep requiring attention. Getting up on a Monday just so tedious! I have to travel to Cumbria for work next week. Trip to a place called Arnside. Google Earth view looks like some interesting trackwork going over a sandy beech and all sorts.
by lozstlouis
& some eBay purchasing...

Spotted a neat Lima Railtrack bubble car in model shop. It looks like what now would be a Network Rail thing but it had the old Railtrack livery. Have to wait until i have Â£50 plus a DCC chip beofre i can get it...! 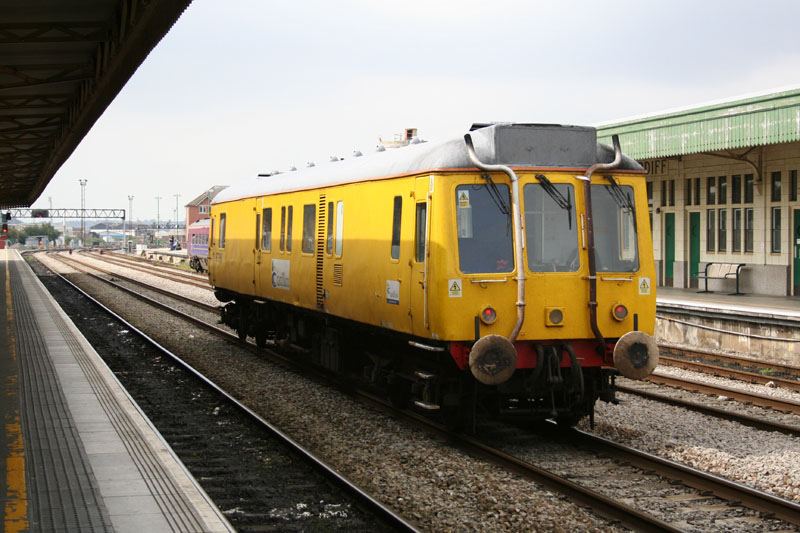 dell laptop with an apple logo..!

apart from that thats a very tidy bit of work there, and love the parcels van. i seriously want a few of them.. mind you i need a layout first.
by lozstlouis
Parcel Van was a lucky find at my local model shop. Shame about that mark... Hattons are doing a pack of blue Parcel waggons for Â£33 i think...

Part of my job needs me to use Apples & PCs. As u probably know you get two Apple sticks with every Apple you buy. Last summer I did a job where we installed 32 Mac Minis and so i had 64 stickers - kids stuck them everywhere!
by leopard
always wondered bout them stickers, got six of em here.

been looking at a kit for the parcels van, i'v ehad a few plans but a probable house move means i'll be downsizing to 'n' the 2mm soc do a very nice kit of these coaches, something else for me to ruin.

by lozstlouis
Wife & kids all gone away for couple of days. Raced home from work with a wiring plan in my head. Set myself up ready to go:

I read this was good way to do it on another site that was linked from forum. I am going to use 2.5mm solid core from twin & earth to run a bus all the way around. Then use the earth wire as a dropper from each section:

Drilled a small hole close to the solder section. Tinned the solid core end and tinned the track edge. Used my fibre glass PCB pencil to get shot of excess. Then apllied heat and soldered:

When ballast is laid i think it will be hardly noticable. This section is also going to be a station so will be hidden from view. Beneath I did a tin, twist & solder:

Then this will end up on the bus, but for testing i attached to my eBay Hornby thing and gave it a whirl:

And bugger me it worked. Stock roll over without any issues either:

So now i am going to crack on with the rest...

More later....
by Big Al
Hi lozstlouis. Nice bit of soldering there that looks solid. I only recently tried soldering and really enjoyed it ( I need to get out more ).

What is this device.

Is it just a type of switch is so, what make is it and how much was it. It's a neat looking piece of kit.

) but I believe its called a "catch point

, I think they were istalled where a branch/goods/shunting line would approach a mainline, the idea being if they had a runaway it would "derail" the offending stock before it had chance to cause a disaster on the mainline.

I hope I've got it right but if not I'm sure some helpfull soul on here will bale me out of the preverbial.

By the way I think Peco make/sell them

Charlie
by lozstlouis
It is a catch point & that is a Peco produced one. I like it so whacked it in. Hope i never have to use it properly!!

by Taw Valley
your right , its a catch point for like you say , derailing the offending wagon before staying onto a protentiolly larger dangour .

i think i need one of thoese at some point

by ElDavo
That's some neat and tidy soldering but personally I would use a finer gauge for the droppers to make them less obvious. Also try using a smaller length bent over at the top and avoid running it over the chair.

I would drill the hole hard up against the side of the track and then bring the wire up through it. Bend over the tiniest bit of the wire at 90 degrees, maybe a millimetre. Tin the wire then holding the wire from underneath the board if possible hook the end over the flat bottom edge of the rail and apply the soldering iron. It should give you an almost invisible cable attachment.

Cheers
Dave
by sishades
If it is not too late you should solder the wires to the underside of the rails and then drop the wires through the board. Instead of wrapping the bus wires around the droppers use cable connectors. i used to wrap my wires together and the signal gradually degraded.
by lozstlouis
I had thought about going beneath the rails - however i have laid most of the track and stuck it down. I never had a plan in my head so just put track down to see what worked. The odd corner is a bit tight and it would now be quite fiddly to wire beneath the rail So i thought I would do the solid core at places where it will be obscured with trackside clutter or platforms.

The twisty down bits i am probably going to replace with either crimps or wire into a block and then into a DIN rail mounted terminal. Then link the DIN rails with more 2.5mm... Stll in a dither over my controller (Lenz or Gaugemaster) and therefore where the brain is going to go.

Anyway onwards...
by tonycougar
You have given me some good ideas there, thankyou.
by Taw Valley

lozstlouis wrote:The twisty down bits i am probably going to replace with either crimps or wire into a block and then into a DIN rail mounted terminal. Then link the DIN rails with more 2.5mm... Stll in a dither over my controller (Lenz or Gaugemaster) and therefore where the brain is going to go.

thats some neat idea and i hope you dont mind me using this for my layout when it comes to wiring ..

just a silly question , what do you mean by block and din rail mouth terminal?
All times are UTC+01:00
Page 3 of 21
Powered by phpBB® Forum Software © phpBB Limited
https://www.phpbb.com/