Can anyone help me solve a lift out section problem. I have seven tracks passing over a lift out section. There are two elevated pairs (either side on Woodland Scenic inclines) and three at normal track level. The span is approx. 545mm and the width of the lift out is around 670mm. Any examples would be brilliant or any ideas. I should say that my initial thought for the high level ones was to have a pair of girder bridges but all ideas would be considered.
Thanks
Mike
Top

Mike I think you need to tell us a bit more, like how wide is this section, is it out in the middle of the room or across a doorway. I've seen one which was lifted by brackets that ran up rails either side of a door, with counterbalance weights so that it needed just a little pull to bring it down into place and fasten it with two bolts. When the bolts were slid back it needed just a little help to start rising.
Growing old, can't avoid it. Growing up, forget it!
My Layout, My Workbench Blog and My Opinions
Top

As a general rule a lifting section can be done on a multilevel layout with one side hinged if the hinges are raised to be above the height of the tallest fixed structure or track.
One could have a lift out section which comes completely away.
Take a look at this PIC to give an idea as to how to go about making the part where the track joins between boards. The principles are the same as if it is a lift up flap or a lift out board, or even sections of portable layout which are to be joined together which is the case with my layout. It is basically a wide PCB sleeper nailed and glued (To make sure nothing moves) which the rails are soldered onto. The sleeper with the rails are then cut so they can be separated where the join is. (Also just in case one has not noticed, one has to gently score or cut through the top of the PCB copper coating to avoid both rails coming together electrically. Also of note in the picture, one of the sleepers wasn't quite wide enough so extra small pieces of PCB sleeper were positioned behind the rails to ensure nothing would come adrift during heavy handling of the boards.
I hope this helps, but be aware that any hinges need to be raised above rail height and all hinges need to be at the same height as each other.
(Ignore the screw in the photo. This joins the baseboard top to the frame underneath).

Also to add. If it is going to be a section which totally comes away from the rest of the layout, then there are different ways to join it when they come together.the simplest way is to have holes and some sort of spindle which fits the holes, and the board is held on by gravity.
As mine is a portable layout I use hinges as joiners where the hinge pins were replaced with longer hinge pins which are removeable. (See photo below). This may or may not be the answer to what you need but I show it as an option. I'd prefer a board to either lift as a flap, or lift off completely and then slot down onto spindles (Could be bolts or nails etc) with holes to ensure an accurate position. 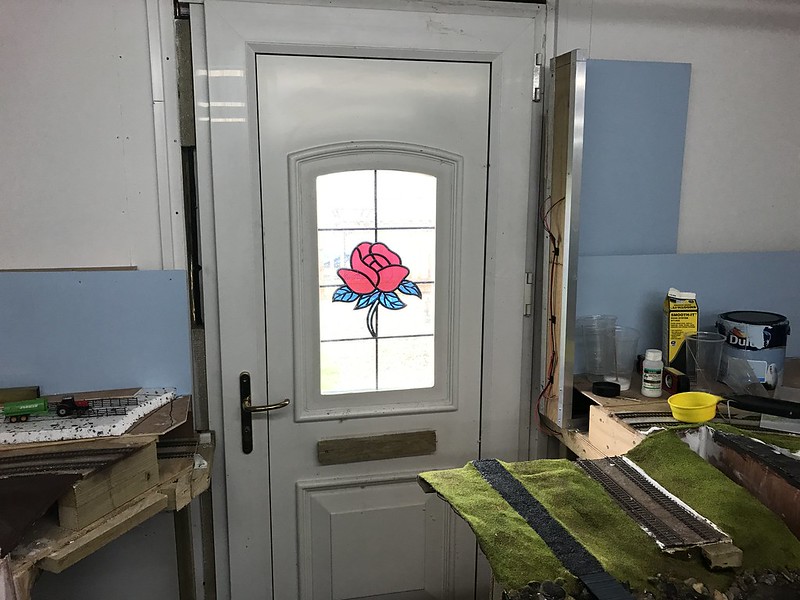 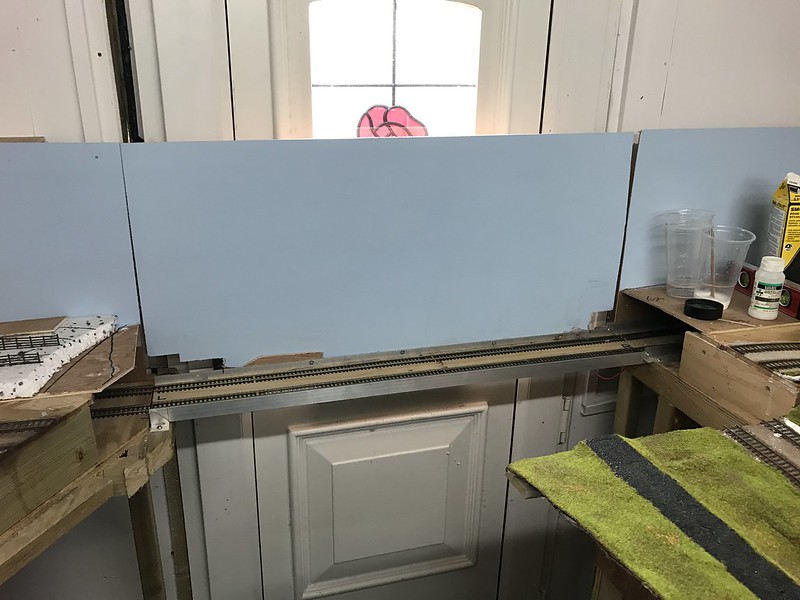 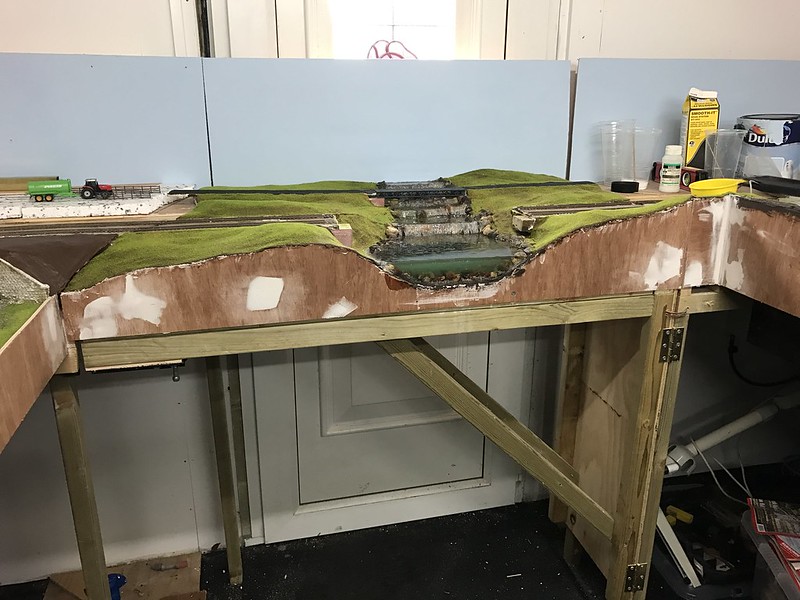 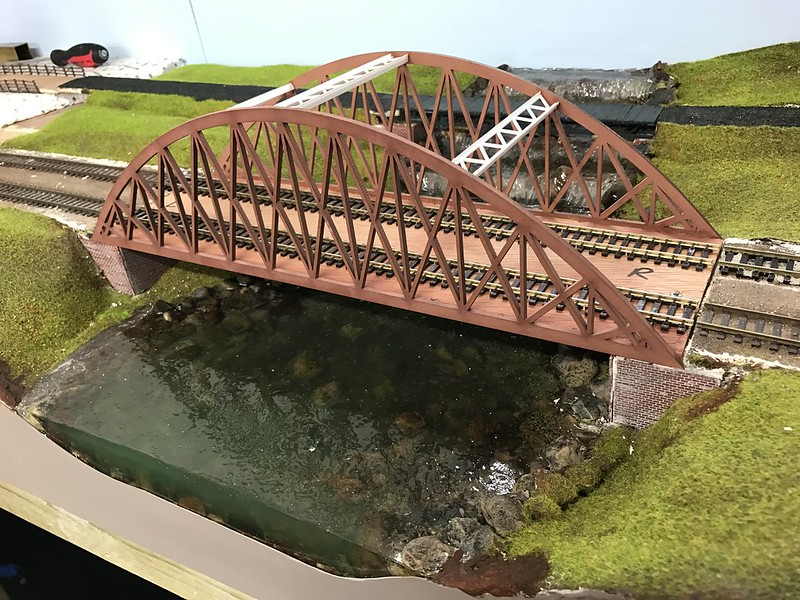 It is much easier for alignment to hinge your lifting sections. It only leaves one side to align. The hinge side should remain true.

Return to “Baseboard Design and Construction”