by sishades
Whats this? A new layout? But why? The answer is simple. I love building stuff and my attic layout is almost done so I need a new challenge. So a dockscen is going to be the order of the day. And with any dock type layout, boats are required. So here are two that I have just completed. This one will be a bit of a slow burner and is named after a colleague at work who loves model railways but does not have the space for one. Here is the first blurred image. This is a clyde puffer called "Claudio Ranieri". Always with the LCFC references.

There ya goes me hearties. A new yarn is born albeit a salty one. Jim lard Arr etc

by pointstaken
I like the first boat. Presumably the prototype had sail propulsion as a backup ? but rather nice anyway. Not that keen on trawlers like the second one, but nevertheless both models are excellent builds. Are they kits or scratch built ? Regardless, good workmanship in both, so take a bow, sir.

by sishades
These are 1:76 scalescenes kits made from card. They are varnished to make them a bit more rugged and colourful. A bit like me really.

by TimberSurf
You are varnished?

You would not instantly recognise they are cardboard! Very nice me old salty dog, arh.

by sishades
Really do need to make more frequent updates as it is over a year since the last batch. Anyhow, I lost my mojo for modelling and it has only returned just recently. I dont have long so here a bunch of photos to show it in its current state. The original idea was to model the wharf as of Haven Bridge in Great yarmouth but it did not feell right, just daft, 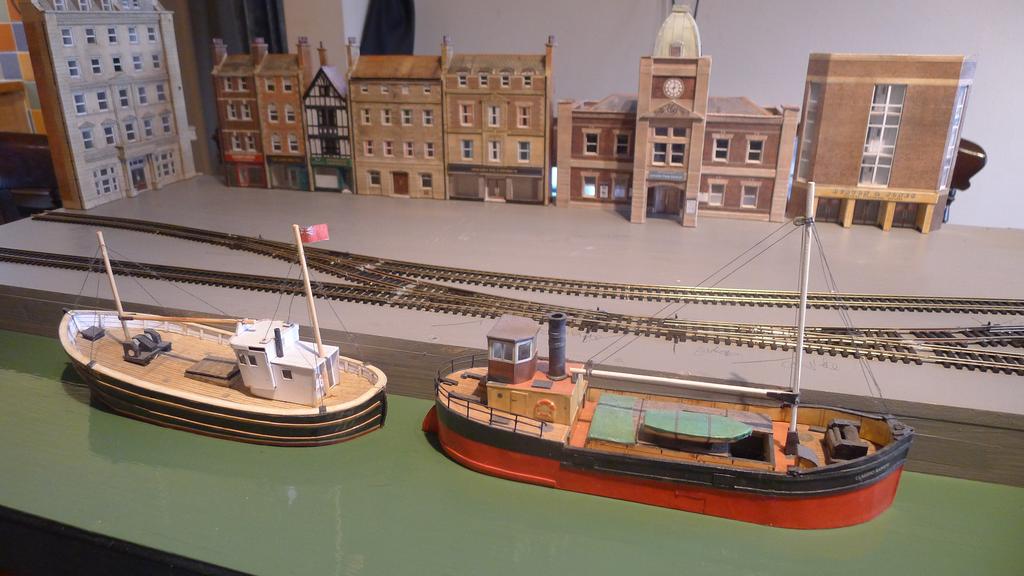 and the water felt lifeless, so after a quick swig of motivation it now looks like this, still not perfect but better than before 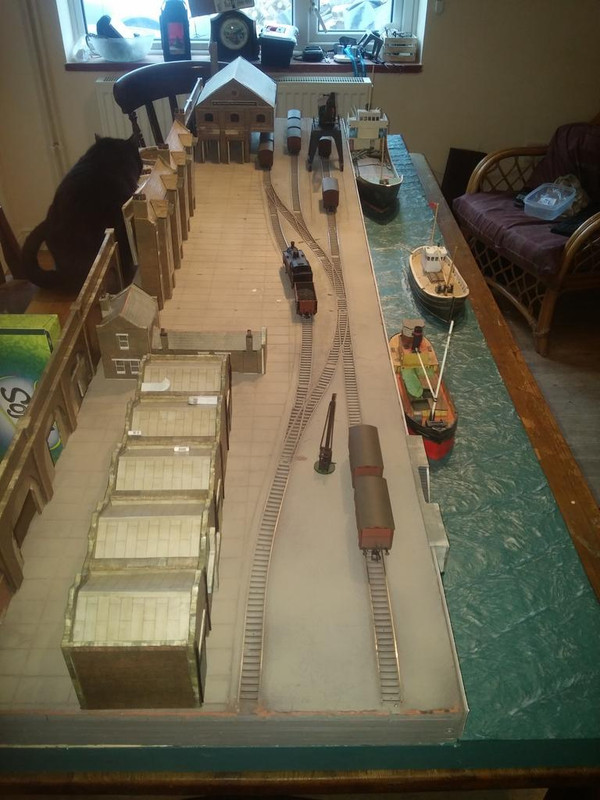 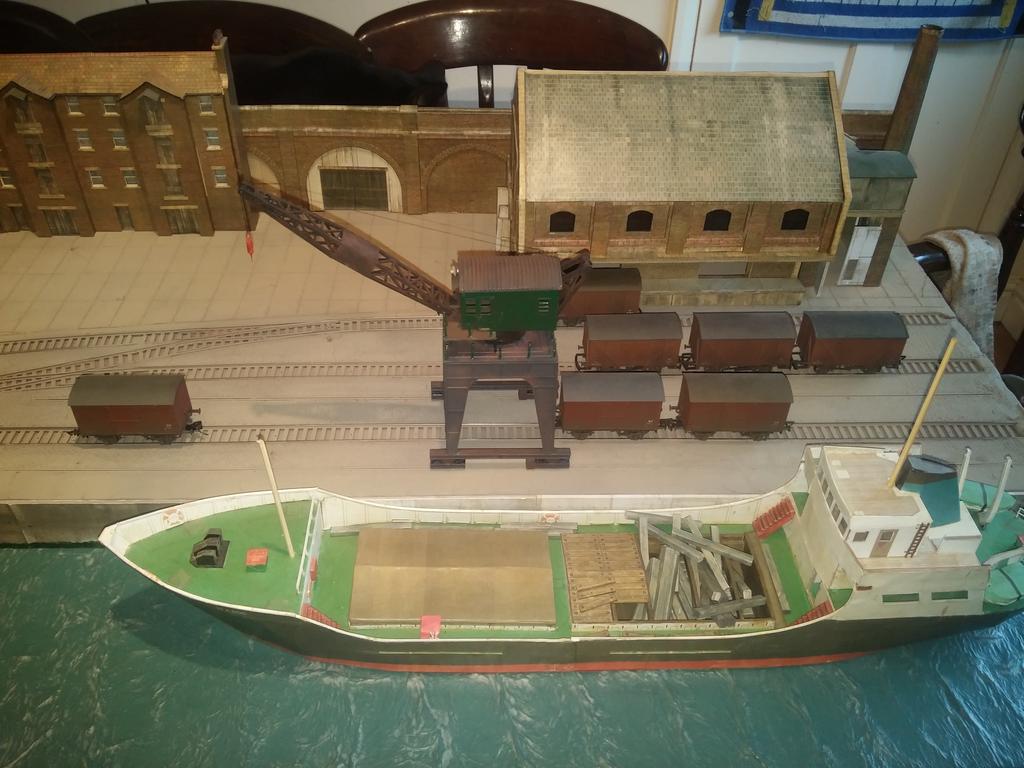 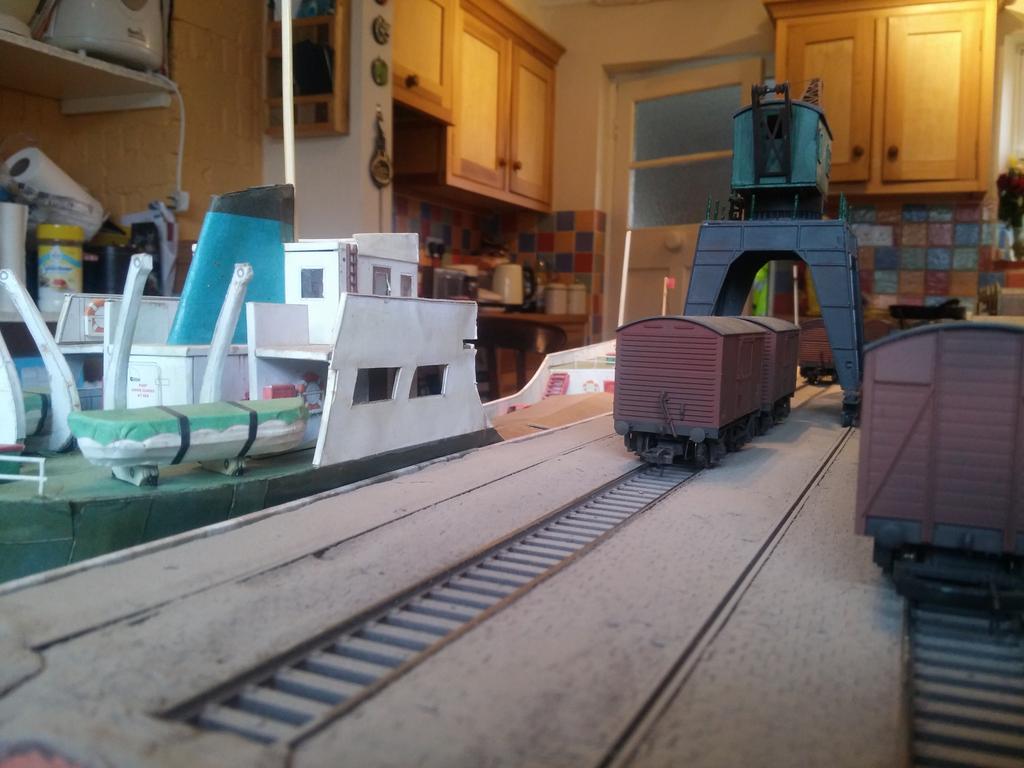 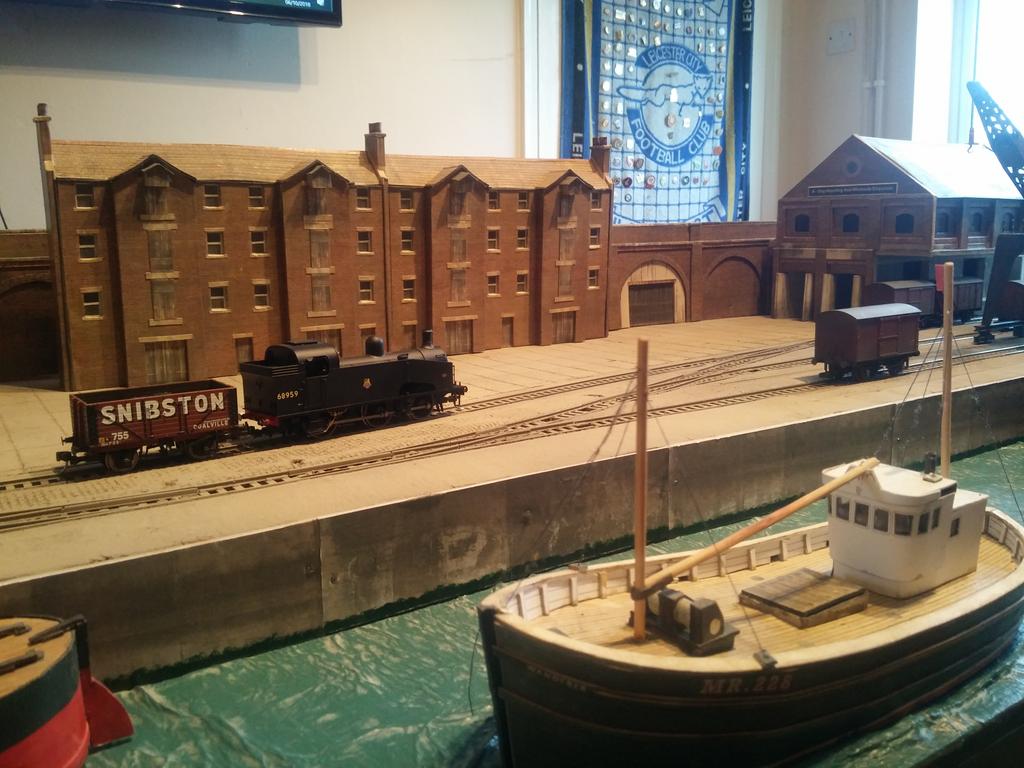 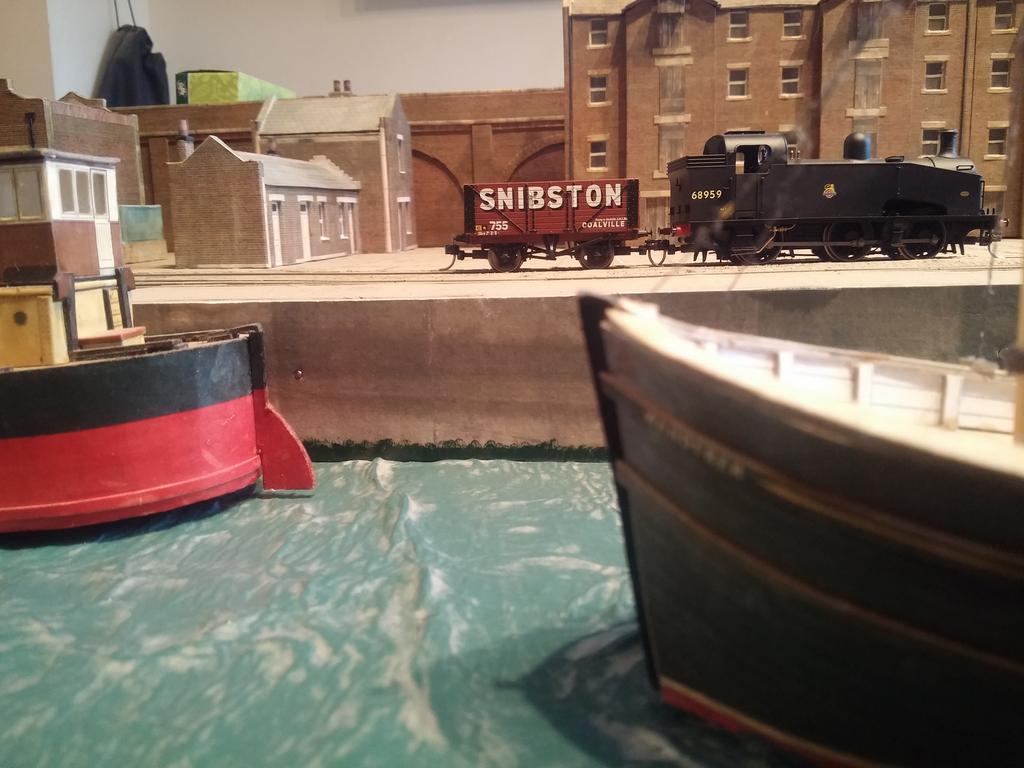 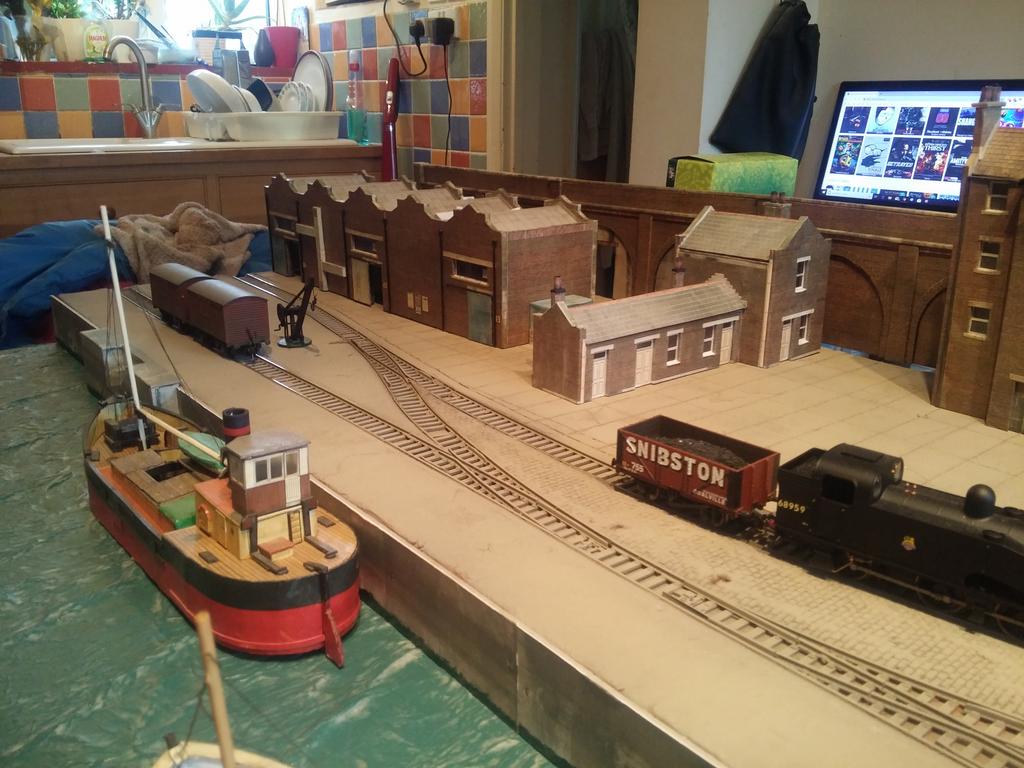 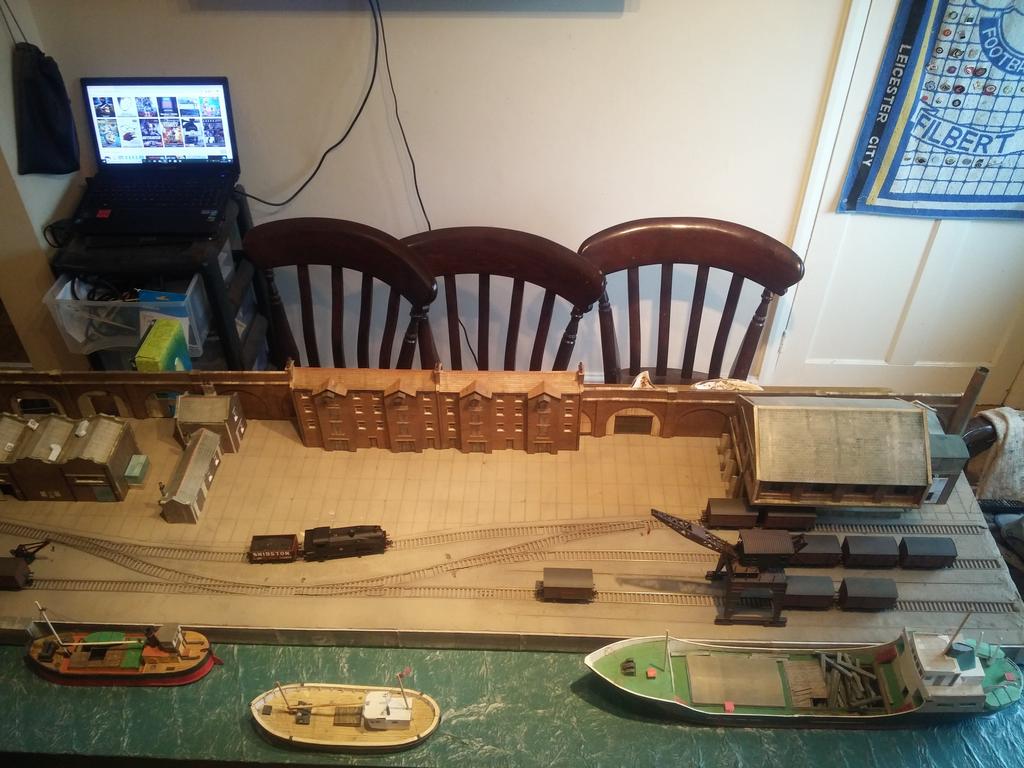 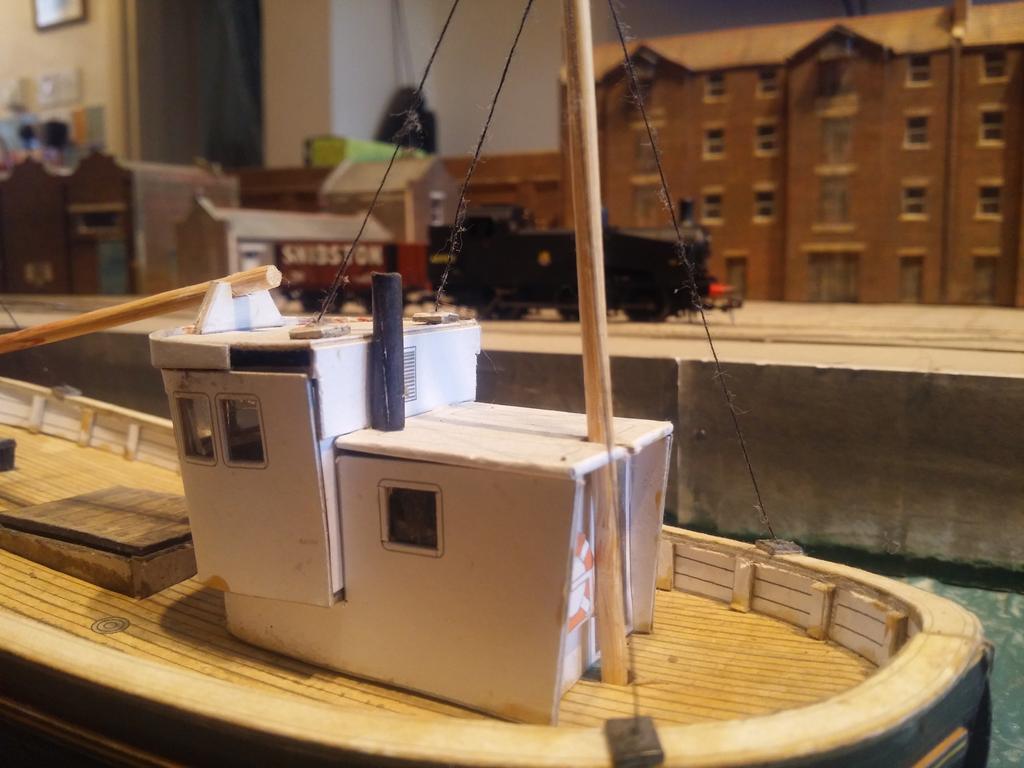 I have also fitted kadee couplings to the some wagons and locos and will need to install kadee magnets which work very well. I did try neo magnets but they were too strong. The crane is the second one I have built as the dog nabbed it off my window sill and chewed it, and a wagon as well. Got to go as Dr Who is about to start.

by Bigmet
Has the atmos. of a minor East Anglian port alright. You could so use one of the MR/Rapido J70s on that: or the MR Sentinel released some years back, but that's not so pretty...
All times are UTC+01:00
Page 1 of 1
Powered by phpBB® Forum Software © phpBB Limited
https://www.phpbb.com/