Last year I got hold of a Perserverance Rigid Chassis kit for a 57xx loco, whilst I was having a mooch around the sales stands on the SVR Railway Autumn Gala, for £6 so nice little bargain and another little project to work on.
So after spending an afternoon with the soldering iron I managed to get it built easily and quickly. Spacers were a bit of a problem due to oversized tabs and being shorter than the comet spacer jigs that I had but was still able to get it built with any major problems. 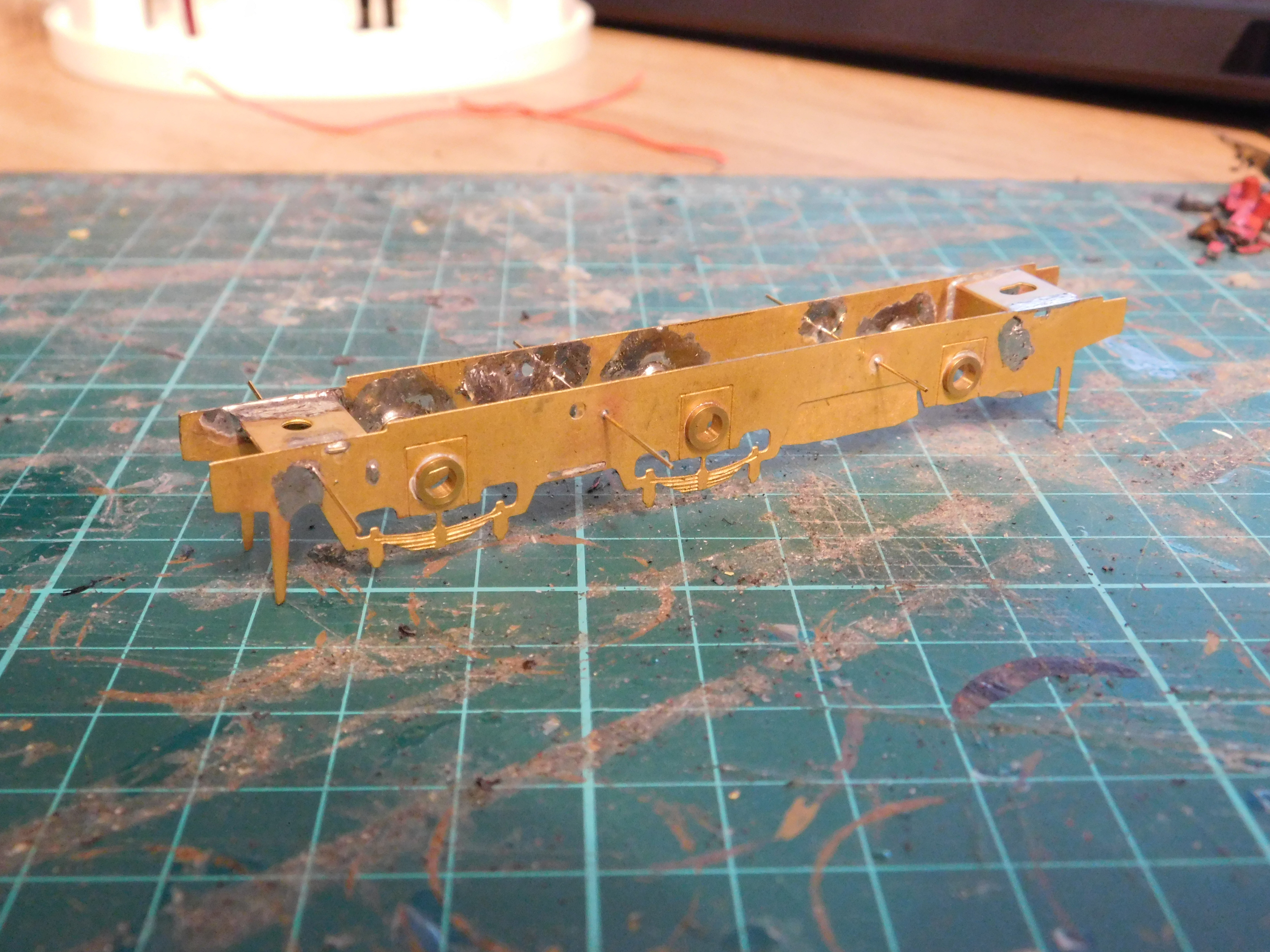 In the instructions it does say that it was compatible with mainline, hornby, ks etc so after having a look on Ebay I managed to source a bodyshell from an old R041 Hornby Pannier Tank. This is one that had the chassis fixed to it with tabs at the back and a screw through the side of it and it's in great condition compared to the others I've seen on there with missing chimney caps and safety valves. 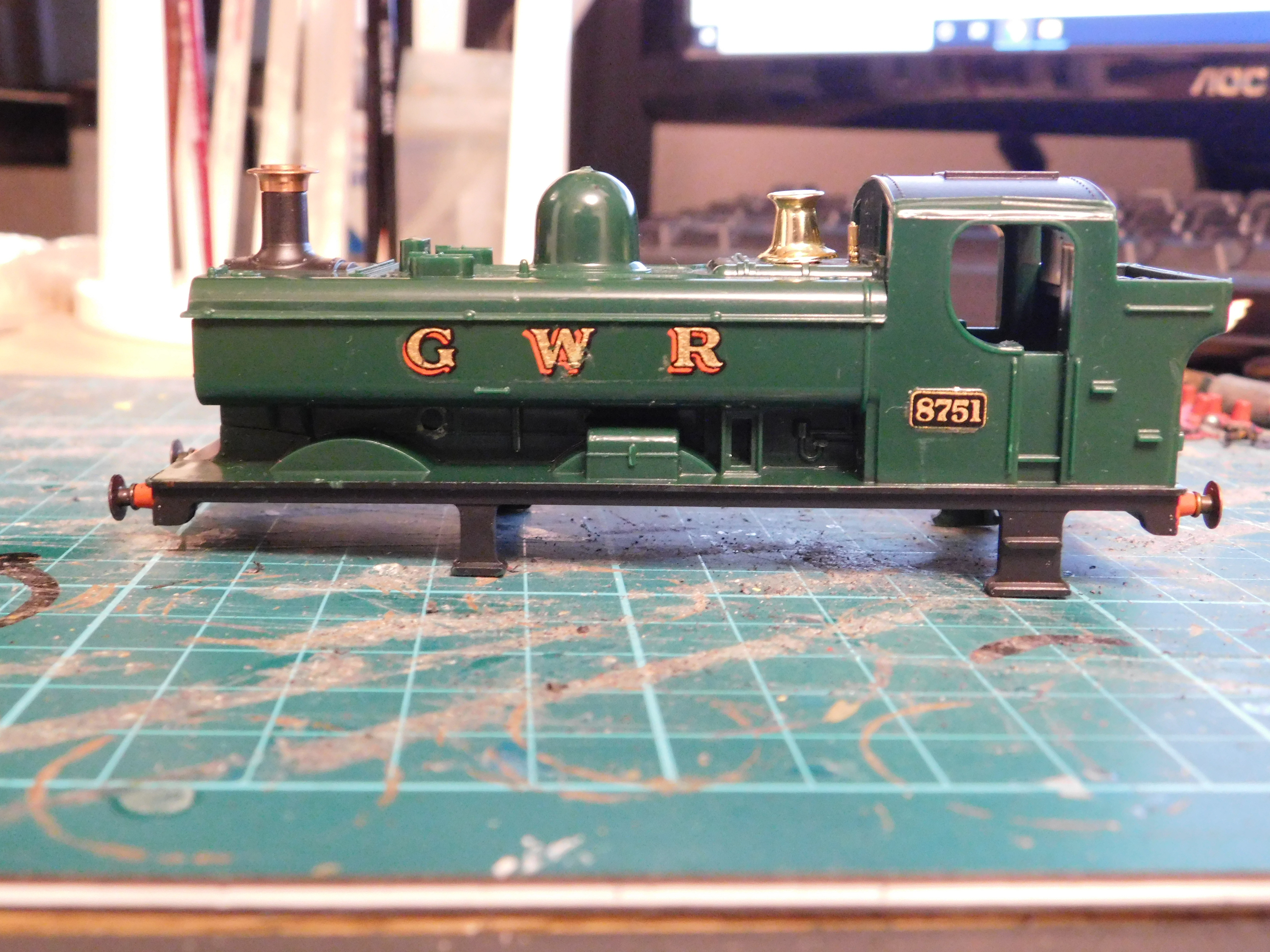 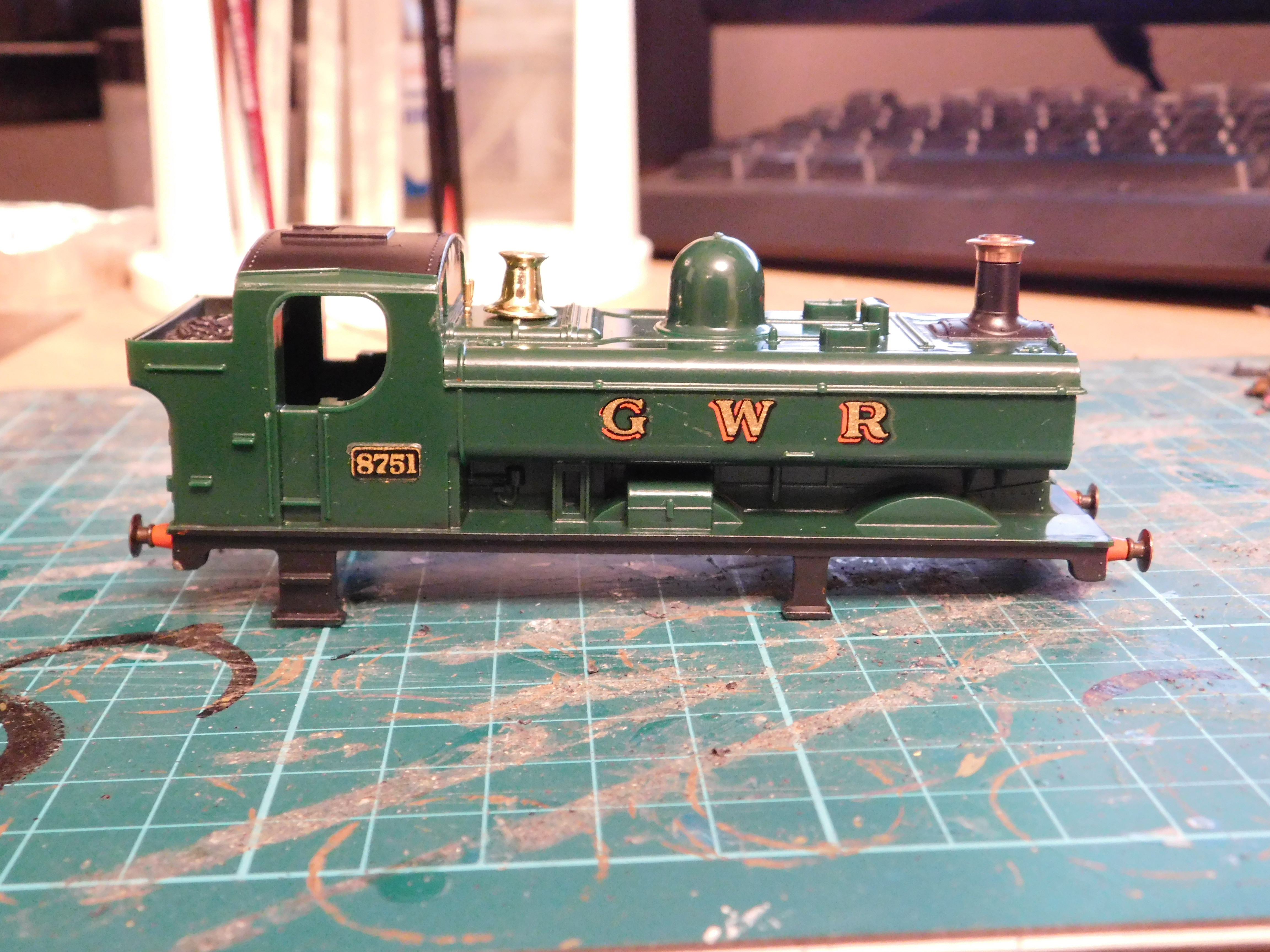 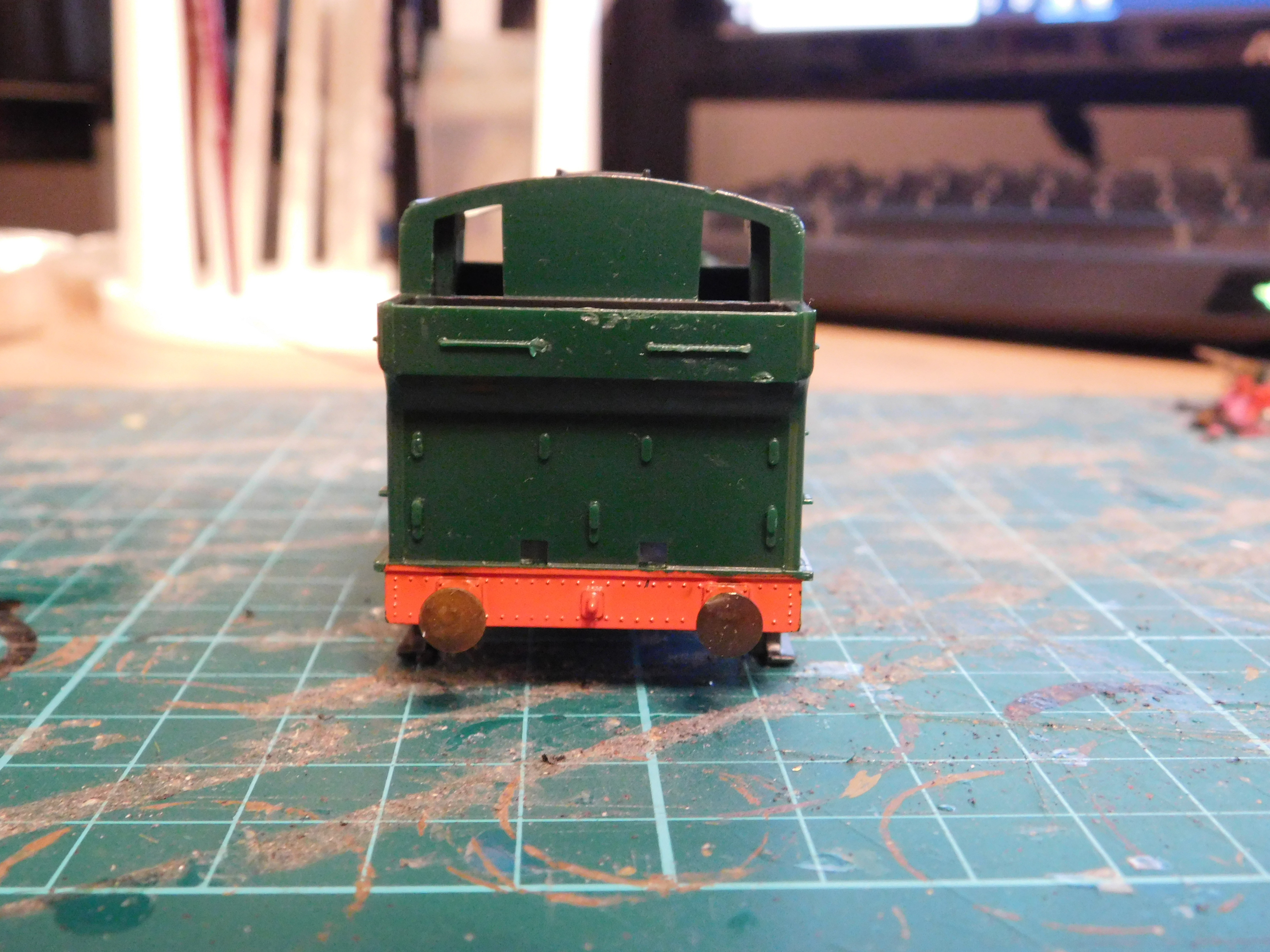 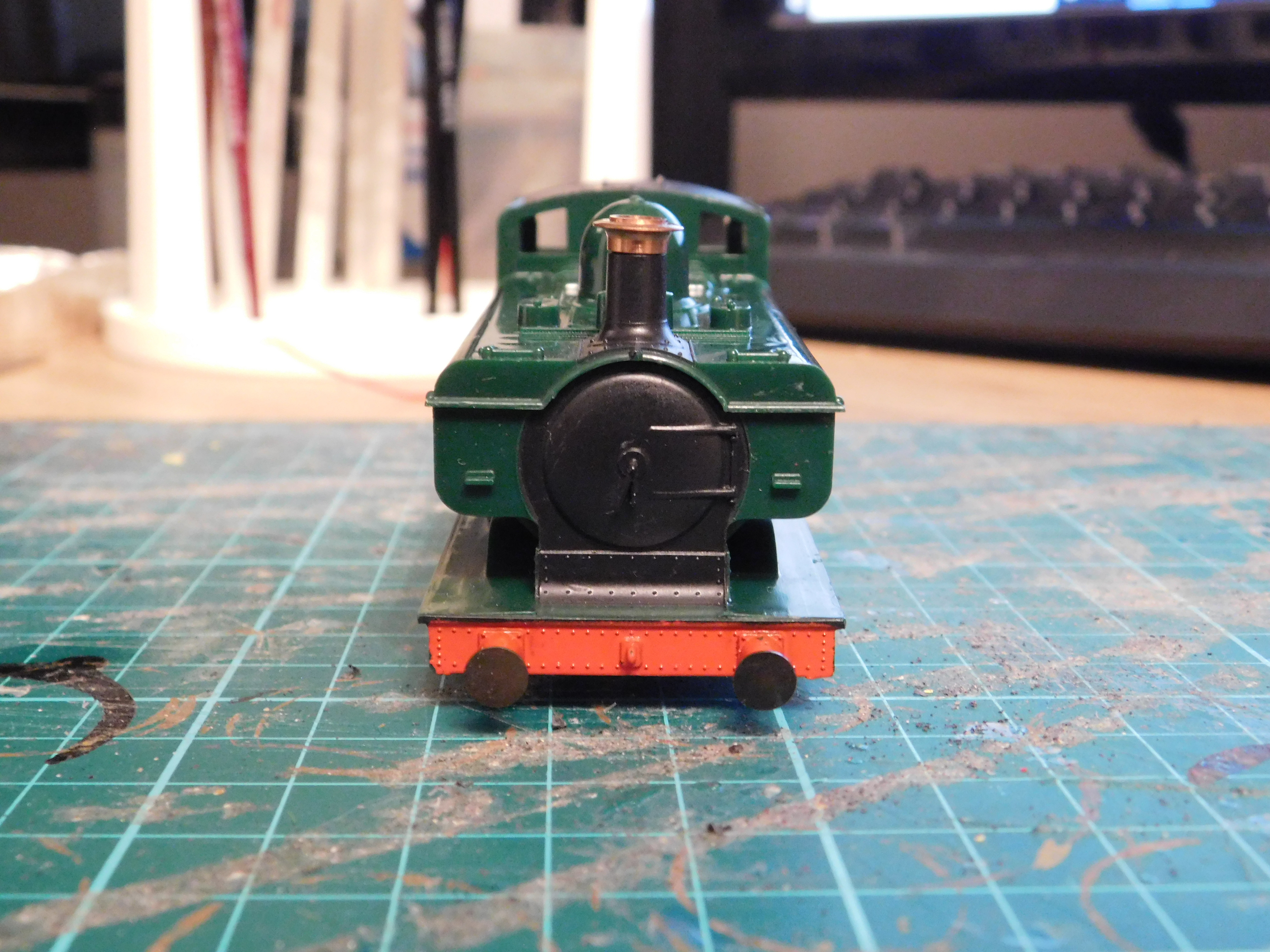 I could quite easliy just get the chassis sorted out and fitted to the body shell but I would like to have something that doens't look like a toy train so I'm planning on getting this old fella updated.

1) Moulded Handrails, get these shaved off, sanded down neatly and replaced with scale handrail knobs and wire.

2) Lamp Brackets, fit to the footplate and smokebox, maybe replaced the moulded ones on the bunker.

3) Safety Valve, either repaint to look more brass or just replace with a more detailed one.

4) Slight damage to the bunker so get these dressed and repaier.

5) Whole bodysheel is green plastic from the mould. Will be priming the whole shell and respraying with the appropriate colours

6) Lettering and numbers, easily replaced and can get these from Fox Transfers.

7) Cab, nothing from the chassis is filling it so will be adding a floor and cab detaining to it.

Chassis still needs a motor, gearbox and motion set to complete it but will also have to figure out the best way of ixing it to the bodyshell. It is also a bit overlength at the moment so will need to cut this back to an appropriate length. 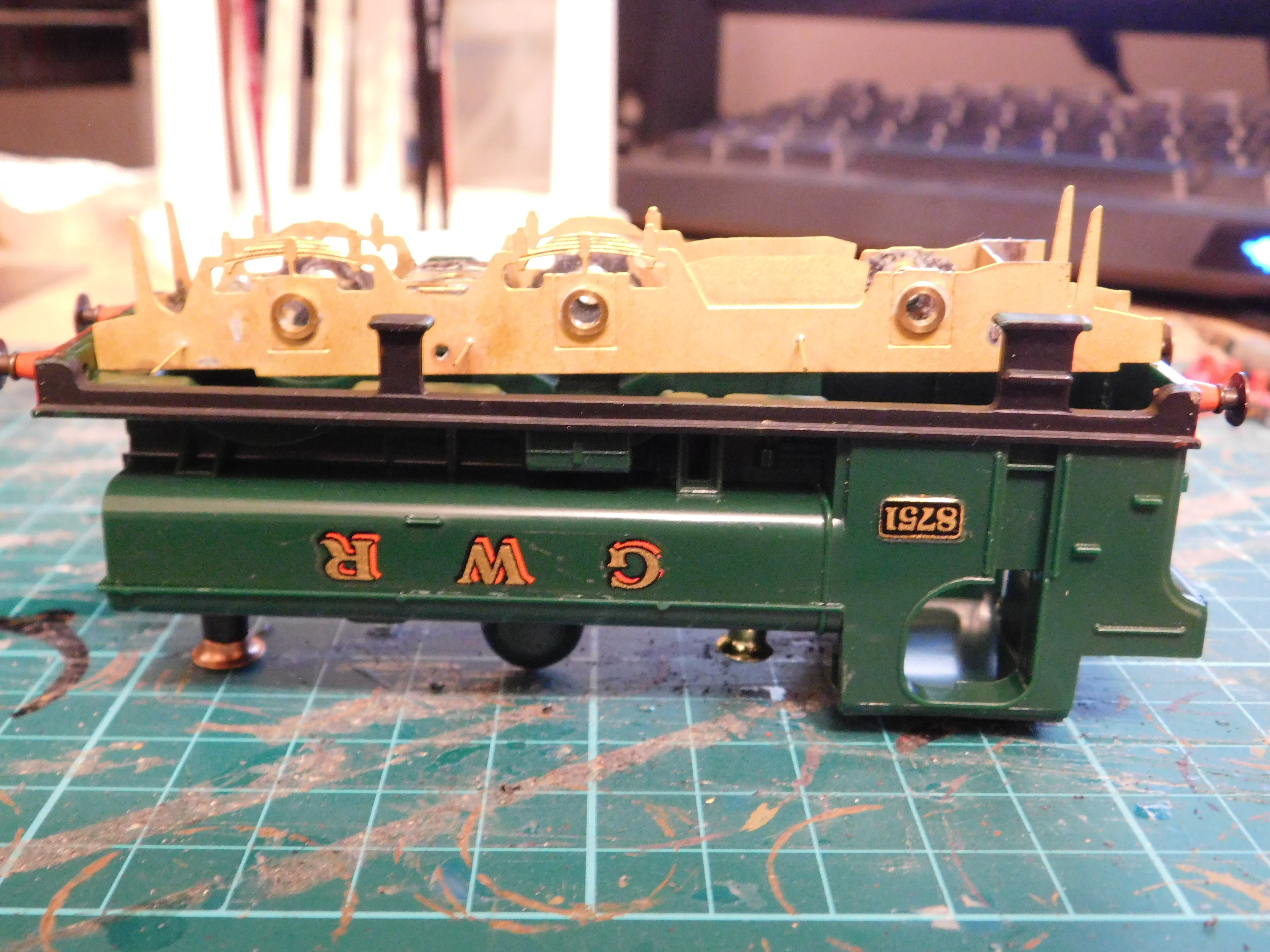 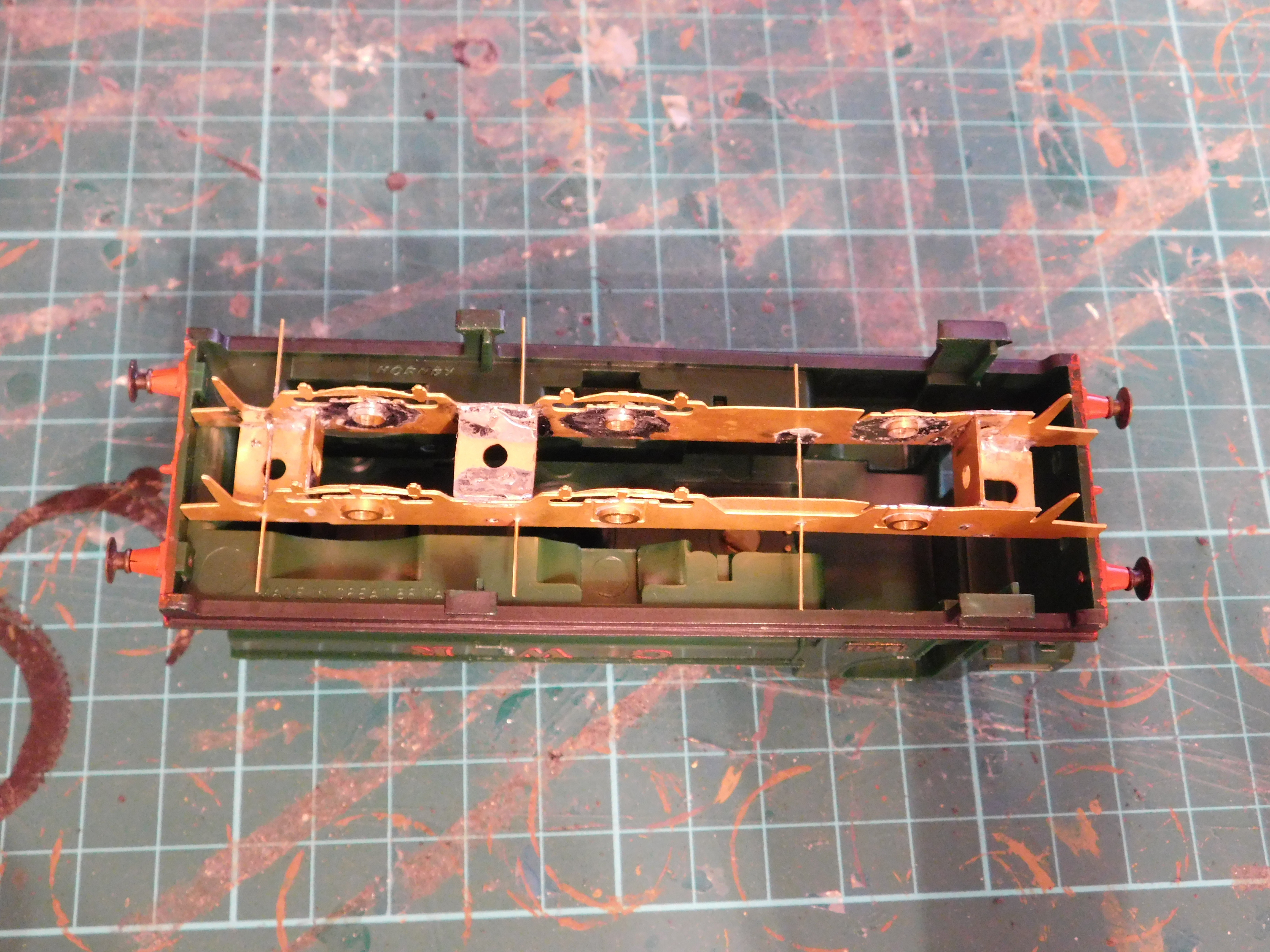 A very nice little project, the sort I enjoy. I'll watch this with interest. What wheels do you anticipate using?

Lysander wrote:A very nice little project, the sort I enjoy. I'll watch this with interest. What wheels do you anticipate using?

The instructions say I'll need a set of 4'7" 14 spokes and recommend 20"PB or Romford 18mm. No idea what the PB ones are but Romfords I know of and I did purchase a Manor wheelset from Markits a good few years back. So I'll most likely go with them again since they have wheelsets made up for the 57xx and I'll also need sets eventually for a 43xx that I've been working on along with the Lima 4575 that I'm currently working on as-well.
Top

AJFE 2488 wrote:...Chassis ... is also a bit overlength at the moment so will need to cut this back to an appropriate length.

Just in case it isn't obvious, start measuring where the front and centre wheelsets need to be to fit inside the moulded splashers to guide you to which end the shortening has to happen.

AJFE 2488 wrote:...Chassis still needs a motor, gearbox and motion set to complete it but will also have to figure out the best way of fixing it to the bodyshell...

Very easy method, cement some thick plasticard inside the bottom of the body, positioned above the flat frame spacer tops. Small self tapper through the frame spacer into a pilot hole in the plastic, and you are done.

ATB with it, should look good.
Top

I am enjoying this too. That very model pannier number 8751 was my first ever model I had.
Any thoughts on the motor and gearing?
Modelling On A Budget ---》 https://www.newrailwaymodellers.co.uk/Forums/viewtopic.php?f=22&t=52212
Top
Post Reply
5 posts • Page 1 of 1